When it comes to water utilities, Denmark is widely known for its best-in-class technology, planning and know-how. And that’s exactly what it is offering to Indonesia, a country that’s still struggling with water and waste challenges. 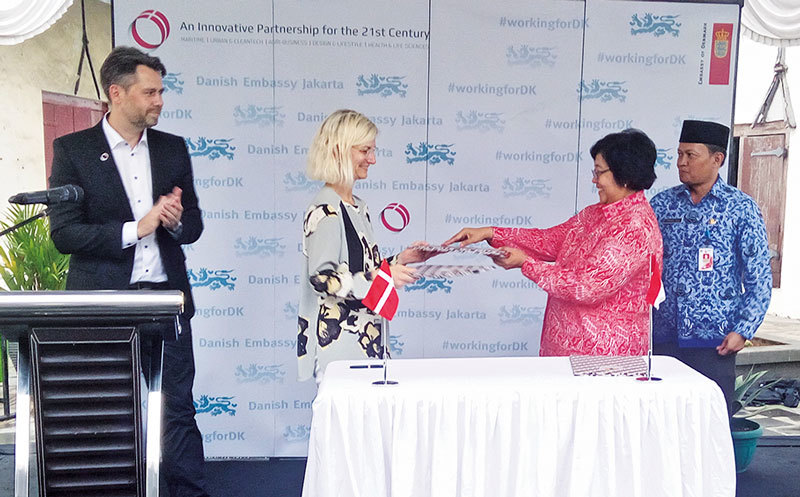 In early May, Indonesian Minister of Environment and Forestry Siti Nurbaya and Danish Minister for Development Cooperation Ulla Tørnæs signed a Memorandum of Understanding that will see transfer of both technology and expertise in water and waste management beginning in the second half of the year.

“For more than ten years, Indonesia and Denmark have had a close partnership on environment through our development cooperation. Today I’m very pleased to launch a new chapter in Danish-Indonesian partnership and a new government-to-government cooperation on waste and water management. The objective is very clear, to facilitate cooperation on water and waste management between Indonesia and Denmark, as well as in the private sector,” said Minister Tørnæs during the signing ceremony at Museum Bahari in North Jakarta, which was also attended by Danish Ambassador to Indonesia HE Casper Klynge and Head of the Jakarta Agency for Environment and Sanitation Isnawa Adji.

Thanks to its visionary policies and progressive public planning, Denmark has won praises for having the most efficient waste management system in Europe and as home to some very highly developed waste-to-energy facilities.

“Today, Denmark is able to recycle up to 70 percent of waste and incinerate almost all non-recyclable waste. Such technology allows us to generate more energy. In the 21st century, waste is too valuable a resource to simply be discarded. I hope our new partnership will help transform the perception, from a problem to a resource,” she added. 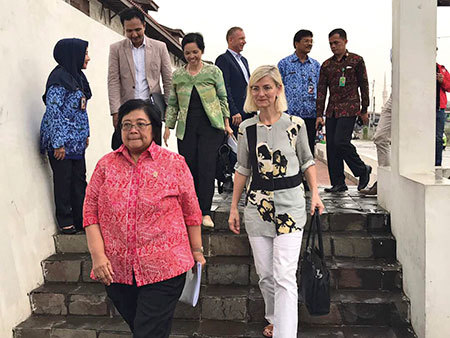 “The water quality index in Indonesia in 2014 was 52.19 and decreased to 50.20 in 2016. It is still far from the standard quality of clean water. To improve the water quality, the government will develop a progressive policy on water pollution control and install online and real-time water quality monitoring system in five prioritised rivers, including the highly-polluted Ciliwung River,” said Minister Nurbaya.

“The purpose of this development is to shift the community’s behaviour so they will start treating rivers in a sustainable manner instead of using them merely as a waste disposal bank.”

In April, Minister Siti Nurbaya officially launched a riparian area in Srengseng Sawah, South Jakarta, one of corridors of the Ciliwung River. Funded by both the government and the private sector, the facility seeks to promote river water quality and control pollution as well as educate the public on waste management.