On 24 September, hotels under Marriott International and Starwood Hotels held “Run to Give”, the annual charity run that first started in 2014 and aims to encourage employees to take care of themselves as well as the communities. 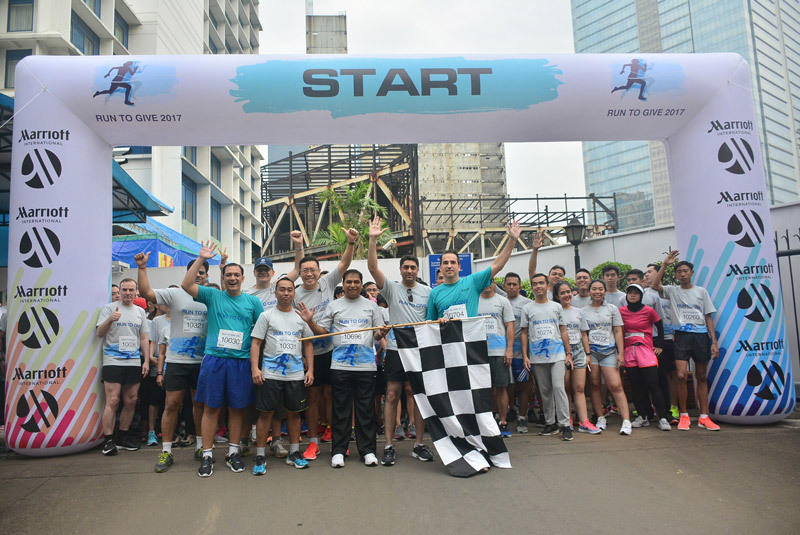 The run started at Le Meridien and led participants towards Bundaran HI and then back to Semanggi and Le Meridien again, completing a 5-kilometer run. The first runners who crossed the finish line were given a medal as motivation for them to run and exercise.

The event also raised fund for Yayasan Emmanuel, a food rescue foundation. Various four and five star hotels in Jakarta contributed prepared and perishable food to be distributed to malnourished communities. The safety and quality of the food was guaranteed to be excellent to make sure the community’s needs are satisfied. All supplies were provided free of charge, prioritizing the needs of children, mothers, and the elderly. Since 2003, the program has provided over 223,000 meals equaling a quarter million tons of food towards communities where the inhabitant income is below the poverty line of IDR 10,000 a day. In addition to food rescue, Yayasan Emmanuel also provides education outreach towards such communities. 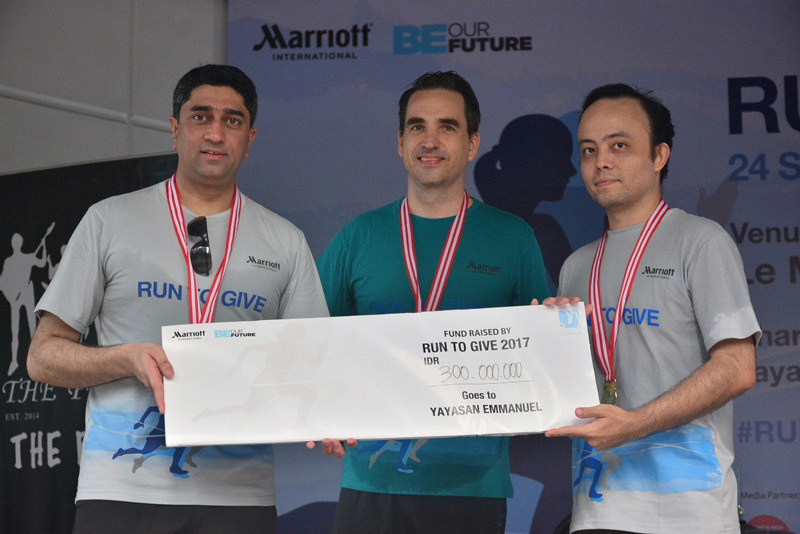 For the past month, hotels under Marriott International and Starwood Hotels in Jakarta have worked hand-in-hand and put in their time and energy to organize this run. Pooling in a total of more than 2000 runners who contributed IDR 100,000 each, all proceeds received were donated directly to Yayasan Emmanuel.