I was putting on my sodden jacket, my soggy trainers and my muddy socks when I stepped into the ice-cold rain of Sri Lanka. What was I doing here, exhausting myself with this service work? Prior to this I was in the luxurious seats of Singapore Airlines, leisurely watching the new Avengers movie. Then we disembarked and exited the bustling Sri Lankan airport, where we were greeted by the pungent, stinging stench of car exhaust. Vagrants could be seen in every direction. 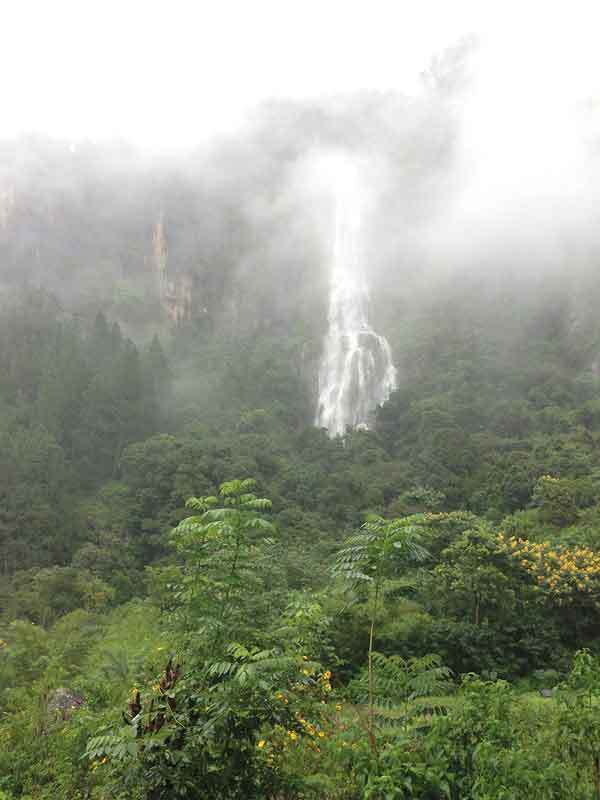 We were to do three days of service work for a small school in Ohiya. The journey to the school was not pleasant. It began with an 8-hour train ride that went forwards and backwards multiple times; at this point I was beginning to wonder whether it would have been faster to walk. Soon after arriving at the Ohiya train station, the 7-kilometer uphill hike to the school commenced. And so did the rain. It poured almost the entire hike and with every step I took, water oozed out of my shoes like toothpaste. Walking to the village was surprisingly refreshing; the crisp and earthy aroma of the tea plantation filled my nostrils. As we traipsed through the rain, kids joyfully ran out of their small homes saying “vanakkam” (hello) to us. This happened on several occasions, which lifted my spirits a bit, but still, my jacket continued getting drenched.

Our service work began a day later at a small school not far from where we were residing. I pushed the seemingly obsolete wooden door and entered the cramped interior of the school. The cracked wooden beams were holding up the tin roof that further echoed the sound of the rain. I walked up to the murky, cracked glass windows and the smell of rusty metal stabbed my senses. Outside, the barefoot tea pickers relentlessly picked tea leaves in the midst of the storm. Their persistence in their work was the only thing that pushed me forward in the days ahead as we carried hefty concrete posts on inclines, transporting materials in the non-stop onslaught of rain. 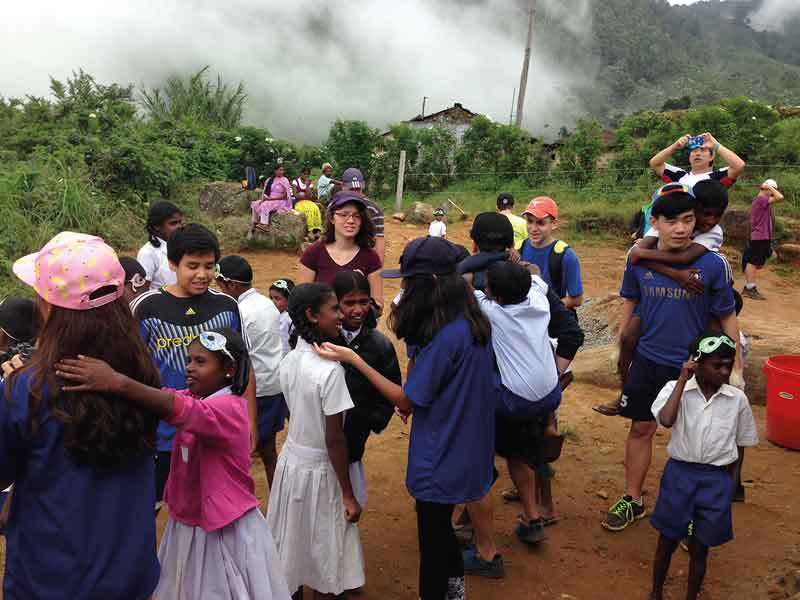 For the third time that week, the dampness of my clothes soaked into my skin, chilling me to the bone. We headed to the school where thirty thankful smiles greeted us as we entered. I was approached with ecstatic faces and unknowingly I smiled back; I grinned ‘till I couldn’t feel my cheeks. Then it hit me: for the past three days I had been oblivious of my surroundings. These kids were attending this poorly lit school riddled with cobwebs, and I was worried about stepping into some wet Adidas. Some students’ parents worked in factories far from home, and some children worked in farms at the age of 13 to help support their parents. My heart was warmed by these Sri Lankan people’s stories. After saying our tearful goodbyes to the kids (I honestly couldn’t tell; it was raining) we had another touching moment when the principal expressed his gratitude.

The principal thanked us, not only on behalf of the school, but on behalf of the whole of Sri Lanka. He had sent several letters to the department of education, but nothing had been done to help this school in the mountain province. He travels sixty kilometers from home to work at the school and only comes back home on the weekend. His words resonated with me: “There are no words to describe the beauty of your work”. It still sends chills down my back. At that moment, I did not feel tired. I felt no exhaustion but instead, I was rewarded with the gratitude of the principal. Sri Lanka opened my eyes to see the value of help, not in the form of money or words, but in the form of something more meaningful – service.

Text and photo by Gio Dimalanta