Used Cooking Oil, also called as UCO, refers to oils that have been used for cooking and/or frying for more than three times, and thus is categorized as waste and should no longer be consumed as it poses serious health risks.

The matter of Used Cooking Oil does not end in just stopping the consumption when it’s due; an equally important case that should be addressed lies in how and where do we dispose of these UCOs, in a way that is safe and sustainable for both humans and the environment. This becomes even more important when taking into account Indonesia’s large consumption of cooking oils and the potential UCO production resulting from such a trend. 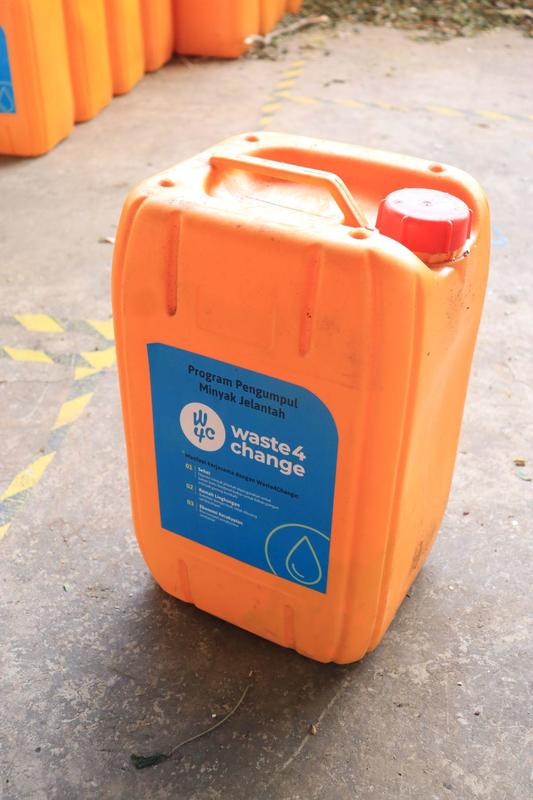 Low Collection Rate of UCO
Early study from TNP2K and Traction Energy Asia entitled UCO Potential for Biodiesel and Poverty Eradication in Indonesia in 2020 found that unfortunately, the amount of UCO collected in Indonesia is only around 3 million kilo liters, or 18,5% from the total consumption of national palm oil. Furthermore, from that 3 million kilo liters of used cooking oil, only a mere 570 KL are converted into biodiesel and other necessities.

In addition, a 2018 study from the International Council on Clean Transportation (ICCT) also noted that the annual UCO collection from commercial sectors such as restaurants, schools, hotels in Jabodetabek area and Bali as well as Makassar is around 893,2 KL; an amount that is very little compared to the potential collection of UCO, which is as much as 157 million liters.

Moreover, a survey by Katadata Insight Center (KIC) towards 140 households that use cooking oil conducted from August to September 2020 revealed that only 35,7% of respondents managed their UCO instead of directly disposing of it.

Environmental Impacts of UCO
As stated before, one of the things that we should be concerned about when talking about Used Cooking Oil is regarding its bad effects for the environment when it is being disposed of carelessly.

To start with, UCO is classified as a hazardous substance because of all the harmful chemicals that are contained within. When we pour used cooking oil down the sink, it can result in clogging of the drainage system. In fact, in Europe, 75% of public sewage blockages are caused by FOG (Fat, Oil, and Grease). Around 100 million Euros are spent each year to address this problem. It can also threaten both the ground and surface waters with oil contamination, and thus endangers drinking water supply and aquatic organisms.
What’s more, it can coat plants and animals and depletes them of oxygen. When this happens, the plant and animals may suffocate and die. In the long run, they can also hamper the reproduction rate of certain species of plants and animals, which would affect the population.

Improving The Management of UCO to Reduce Its Environmental Impacts

Now, restaurants, hotels, and other commercial sectors have a better choice when it comes to managing their UCOs, and one of them is by utilizing the Setor Jelantah Dapat Uang (UCO for Money) service from Waste4Change.

All they need to do is to register their businesses and ensure that they meet the qualifications to be included in the program. Then, start collecting the UCOs into the containers that will be provided from Waste4Change (you need at least 5 containers to be collected). What’s more, for every 18 litres or 16 kilograms of UCO, they will receive approximately IDR 96.000 in exchange (price may change at any time).

Yet the best and most important part is knowing that your businesses do not take part in polluting the environment with dangerous substances such as used cooking oils. To find out more about this program, kindly visit w4c.id/setorjelantah.