A close look at a dedicated learning area in South Jakarta that supports students’ ability to speak English and find joy in it.

As a young man raised in Jakarta in the era of sophisticated technology, Farry Prayubi believes understanding and speaking English well is a must. Moreover, he had an obsession to pursue good score of TOEFL or IELTS to study overseas after he graduated from senior high school. Then, he took English course intensively and registered himself to join the classes at the famous Kampung Inggris (English learning center) in Pare, Kediri. But, Farry felt that learning English was not as easy as he thought. He failed to study abroad because his English was not enough, and he returned to Kediri.

But, not many are like Farry. He’s not discouraged to continue learning English in Kediri until reached an advanced level. Not only that, along the learning process there he got an inspiration to create an English village same like in Pare Kediri in his residence to help people to be able to speak and to get used to using English. 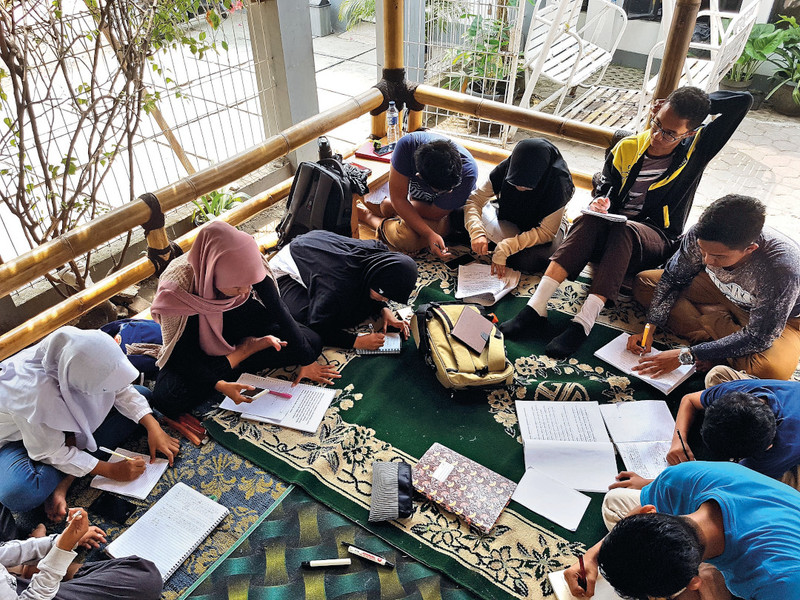 With his three friends, Muchlis, Nanda and Aldy, Farry started to build EEC Kampung Inggris Jakarta in August 2013 with the concept and learning methods adopting from Kampung Inggris Pare Kediri. Farry and friends were so grateful because the existence of this English village received tremendous support from the surrounding community as they helped promoted it to public.

“The aim of this English village is to ensure that the entire community could be literate in international language as well as to improve the economy of the community, reduce unemployment and provide a place for reliable English courses,” explained Farry.

Farry also added that as the centre of all progress and development, Jakarta must provide sufficient facilities to learn English easily and affordably. Since it was established, EEC Kampung Inggris Jakarta has received hundreds of students, ranging from kindergarten ages to adults, even from outside Jakarta, such as from Medan and Maluku. Available facilities include studying gazebos, places of worship, cooking classes and visiting residents’ homes program.