HeForShe Campaign : Women and Men Working Together as Allies 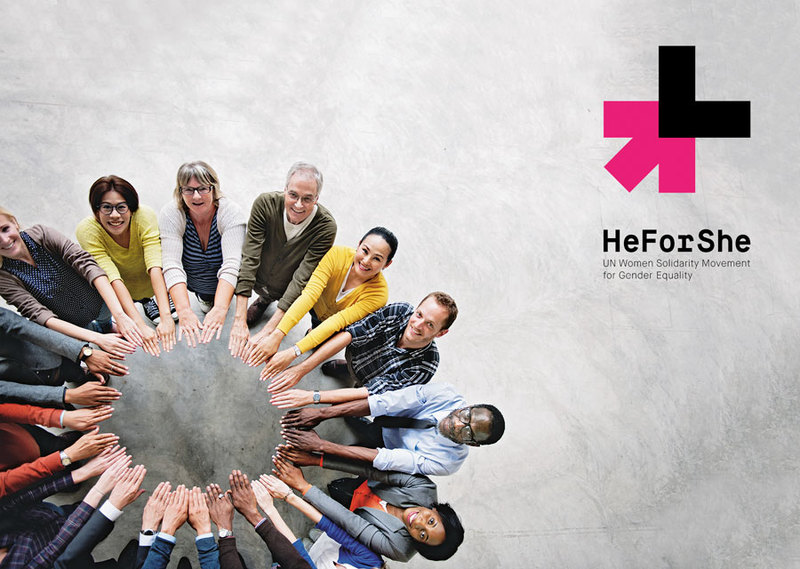 Gender theorist Judith Butler has significantly shaped the individual and collective understanding of gender. She is best known for her book “Gender Trouble: Feminism and the Subversion of Identity” (1990) and “Bodies That Matter: On the Discursive Limits of Sex” (1993), in which she challenges conventional notions of gender and presents her theory of gender performativity.

Butler argues that gender is performative and introduces a perception in which she unites the concepts of performativity and gender. She states that “gender proves to be performance—that is, constituting the identity it is purported to be. In this sense, gender is always a doing, though not a doing by a subject who might be said to pre-exist the deed.”

Gender performances are intimately related to power, embodying norms of behavior which individuals aspire to achieve. The construction of gender is then assumed to be a natural process given by biology—to make it appear that there are two different natures, males and females.

The event was attended by notable speakers such as H.E. Yohana Susana Yesimbe, Minister for Ministry of Women Empowerment and Child Protection of the Republic of Indonesia, H.E. Peter MacArthur, Ambassador of Canada to Indonesia and Timor Leste, and Dr. Miwa Kato, Regional Director of UN Women Regional Office for Asia and the Pacific.

The workplace gender gap, which is unfortunately still very common in many organizations until today, represents significant disadvantages for business. One reason is that many gender initiatives focus solely on changing women – from the way they establish networks to the way they steer. To accelerate change, we need to commit to closing the gender gap and stop treating gender as if it were just a woman’s bare. If organizations want to denigrate gender inequality, they need to enable both women and men to make behavioral changes.

UN Women in this context recognizes that in diminishing the gender gap in workplace requires an innovative, inclusive approach for the full realization of women’s and men’s rights and the achievement of enabling women and men to work together as allies in changing the social construction and in sharing equal benefits.

Since the campaign was first launched on 20 September, 2014, at the United Nations by UN Secretary-General Ban Ki-moon and UN Women Global Goodwill Ambassador, Emma Watson, UN Women has continuously committed itself to shaping, implementing and achieving a shared vision of gender equality that will benefit all of humanity.

Hundreds of thousands of men are now taking their own steps to actively support gender equality and to gain a bias-free workplace. Here are HeForShe essential Strategic Plans to create the sustainable development.

Global consensus reports that gender equality and women’s economic empowerment are core pillars to achieve the mission of the 2030 Agenda for Sustainable Development. The challenge is to make the mission into a reality on the ground. HeForShe encourages men to think more critically about masculine norms and their impact on men’s lives. The goal is to engage male CEOs and other leaders as champions for the advancement of gender equality within their own organizations. This strategy will lead them to question the status quo and commit to concrete action.

A high level awareness and appropriate attention to gender perspectives and the participation of women in the achievement of peace has been the subject for billion conversations reaching every corner of the globe. In a ground reality, UN Women has been significantly supporting implementation of women, peace and security commitments, and HeForShe promotes to strengthen the knowledge based on women and peace and security-related issue. This strategy also provides an opportunity to rebalance the representation of men and women in advocates and policy-makers with practical guidance.

The complexity of gender inequality over the globe reflects political and socio-economic differences that favor men in society. In many countries, women remain on the outside of the male-dominated political sphere. The participation of women in the political world and public decision-making is of paramount importance to unbiased societies, effective governance, and enriched human development outcomes. HeForShe engages male political leaders as catalysts for change across both public and private lives.

Gender-based violence is the result of gender inequality, which causes loss in productivity and to the human resources in families, society and the state. To build an equal, HeForShe initiates a comprehensive approach which covers every segment of the society where, first and foremost, men and boys can prevent violence by observing their own attitudes, values, and behaviors towards women and girls, assuring that they do not personally engage in discrimination or violence.  All in all, the effective ways for ending violence does require the incorporation of gender justice, women’s economic empowerment and political participation.