Looking for a fun hobby without spending much cash up front? You can’t go wrong with bird watching.

Bird watching is a totally accessible activity. You can do it through your home or car window, while taking a rigorous hike or anything in between. You can do it purely for fun or keep pursue it passionately. Whatever your goal, you’ll be rewarded by the sights and sounds of beautiful and interesting feathered creatures, especially if you do it together with fellow bird enthusiasts.

Jakarta Birdwatcher Society (JBS), a community that pays attention to urban avian diversity formed in 2005, provides access for people who are interested to take part in its program, Jakarta Bird Walk, a bird watching activity in the Jakarta’s green open spaces.

JBS coordinator, Ady Kristanto, who is interested in urban biodiversity, said that Jakarta is one of the best places for bird watching because it still has green parks, such as at the vicinity of the National Monument, Gelora Bung Karno stadium, Ecopark in Ancol and other shady small parks, in addition the well-known Muara Angke Wildlife Park and Rambut island. 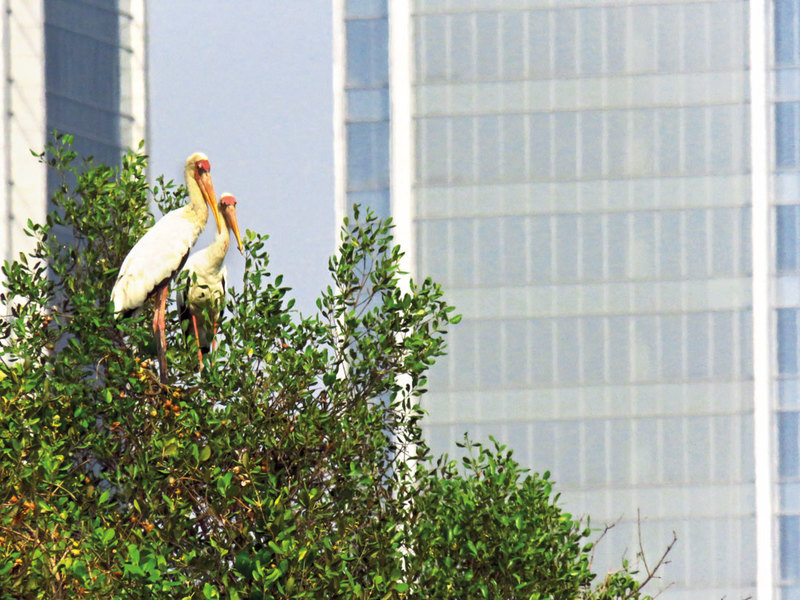 “It’s very interesting and exciting to see the birds’ behaviour adapt in the midst of the harsh urban environment,” Ady said gently.

Some of our avian creatures inspired the identity of Indonesia and Jakarta. The nation uses an eagle to symbolise a big and strong country, while Jakarta is proud to use Elang Bondol (Haliastur indus) clutching salak Condet (snake fruit from Condet area) as its mascot, which was also used for public transportation Trans Jakarta’s logo.

The five regions within Jakarta also uses birds as their mascot because it’s related with the condition of Jakarta in the past, meaning the country is home for many kinds of birds. “Interestingly, birds can be an indicator of environmental quality. According to the note of a Dutch naturalist named Andries Hoogerwerf, in 1938 Jakarta had a total of 256 types of birds, but todays’ data lists only as many as 157 types. The decline is mostly due to several factors, especially land-use change that cause loss of bird habitats like in the coastal areas that were once swamps but turned into warehouses,” Ady explained. 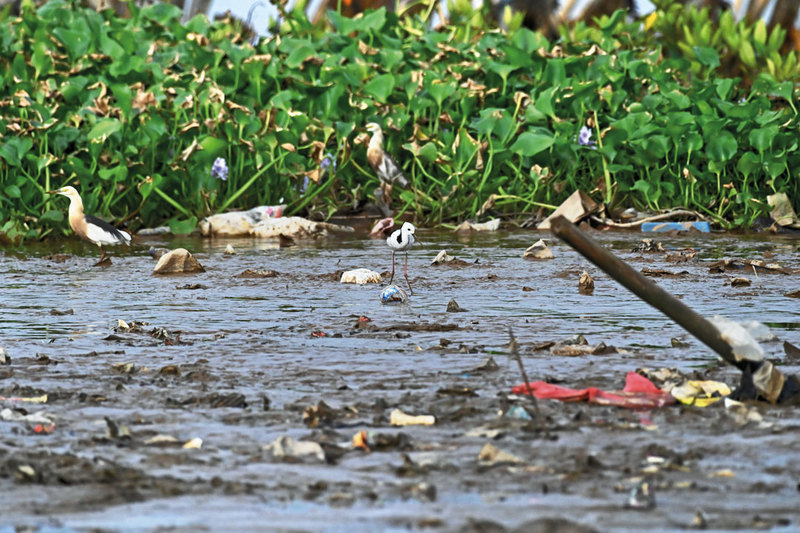 For example, Ady added, an Elang Bondol is so hard to find these day, and one of the reasons is because the Jakarta bay is now full of garbage and other water pollution and the water is getting darker, which makes it difficult for the birds to hunt for fish and forced them to move to find clearer waters. Today, to see that bird we have to go to islands in the Thousand islands, which located in the middle or to the more to the tip, like Pramuka, Kotok and also to Penjaliran. 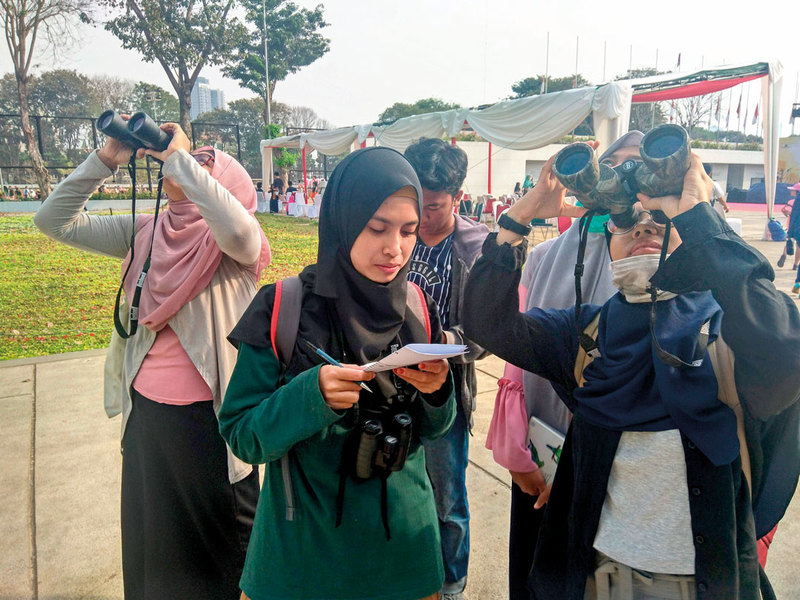 On the other hand, Jakarta has become quite unique. Ady said that the city has become a transit location for migrant birds along September to November because at this time, the northern hemisphere like Russia, Siberia and China are experiencing winter, and the birds came looking for tropical place like Indonesia.

“As a birdwatcher, I like to go to Muara Angke, especially in spots with lots of garbage, specifically to observe whether those birds can survive or not. The reason is because some types of birds are scavengers, and like to perch on the pile of garbage, such as Blekok birds, Japan Kokao, Bubut Jawa, and many other,” Ady said.