Like most people in other cities and regions, close friends Ovy Sabrina and Novita are accustomed to copious amount of plastic waste in their daily activities—eating instant noodles, drinking coffee sachets and shopping goods in plastic packaging. One day they realised where all these plastic waste end up?

Eco-bricks are gaining popularity, but the process is little bit more complicated for them: cutting up the waste into small pieces and putting them into used plastic bottles, meaning only a small portion ends up being usable. Handicrafts made from sachet plastic also has limited market. 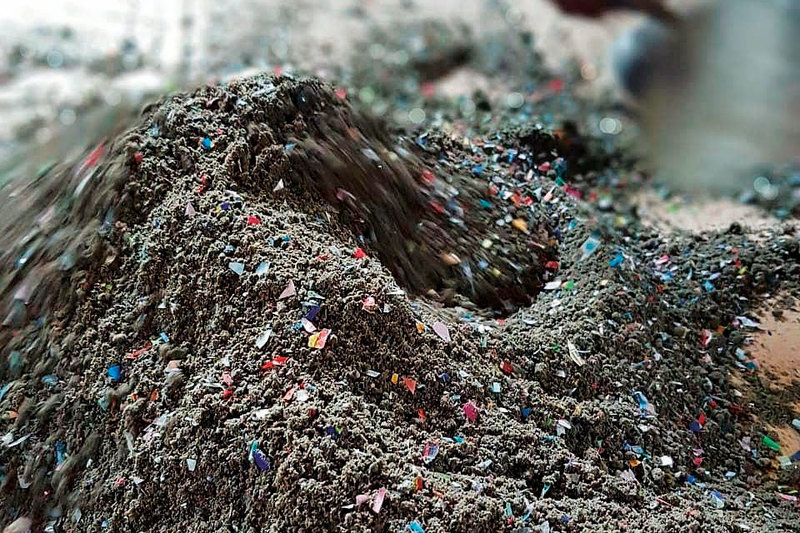 Inspired by Ovy’s father’s business of providing building materials, Ovy and Novi tried to create paving bricks and putting the elements of sachet plastic and plastic waste rejected by garbage banks. Also, paving blocks have several environmentally friendly advantages since it allows water to drain through, more durable, flexible and adds an aesthetic value due to its variety of shapes.

“We want to create an eco-friendly business that can really be used, mass produced and transparent, so that the plastic waste can really be used. The idea of creating paving bricks using my father’s business equipment came to mind. We’ve been researching this since 2018, tried many methods and collaborated with a civil engineer lecturer until we got the right formula. Initially we bought the plastic waste and after we posted announcement on social media, we got plenty of plastic waste from many people. The reception has been great and people are enthusiastic to contribute—case in point, one netizen wanted to donate 12 tonnes of plastic waste. After Rebricks launched in November last year, we must now balance between the existing waste we’ve got and the demand in the markets,” Ovy, Co-Founder of Rebricks explained. 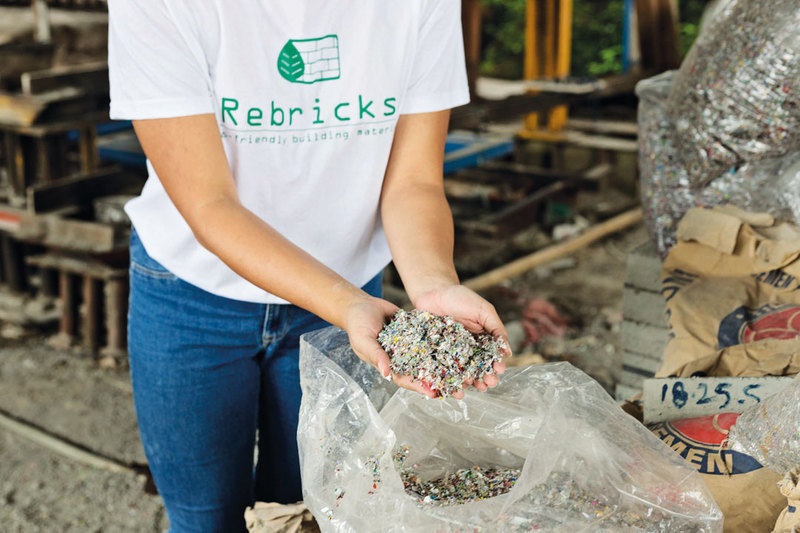 While still observing the market and pursuing cooperation with many institution and corporation as well as promotion, Rebricks are currently capable of making 80 to 100sqm paving bricks per day. The composition of a square metre of paving brick is 20% plastic waste or around 5kg with a size of 105x21. So far, the company provides two types, rectangular and hexagonal shapes.

“When we thought to put plastic waste into paving bricks, we also have to think about the strengthens. It means that it will reduce the weight of the bricks. That’s why we found the formula. We don’t want to create a new problem with the plastic waste. Therefore, with a proven formula, Rebricks’ paving bricks are very strong, the do not crack even when crushed by vehicles or heavy equipment, thus preventing the micro-plastic pieces from escaping,” Ovy added. 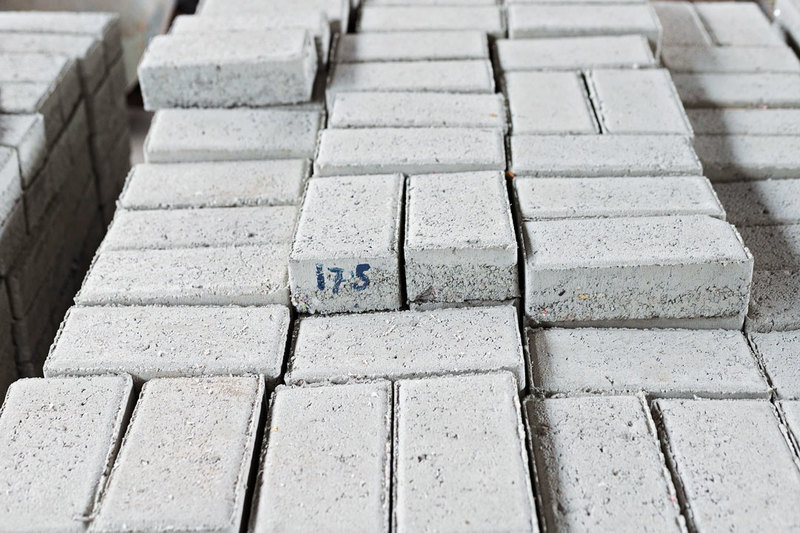 Each Rebricks’ paving brick has two layers. The top layer has no plastic waste, allowing water to be absorbed well without carrying micro plastic due to water fall or friction. The plastic waste is placed at the bottom layer.

According to Novita, there are four grades of paving bricks, starting from A to D, and Rebricks’s paving bricks are still in grade C, which can hold a weight of 199 kilograms per square centimetre. The company works really hard to be in grade B, something that requires the capability to hold weight up to 200 kilograms per square centimetre and continues to next step to reach grade A. In the middle of this year, the company will launch eco-friendly traditional bricks.

“It’s not easy to people’s trust. We are currently preparing all the documents because for this material, the documents will do the talking. In addition, we are actively collaborating and partnering with the government and various organisations,” Novita explains the current situation for Rebricks.