Same Skies is a non-religious, politically neutral non-profit organisation whose mission lies in its namesake. Registered in Switzerland (2014), Australia (2016), Malaysia (2017) and Indonesia (2017), the foundation honours the resilience, capacity and skills of refuges and asylum seekers. NOW! Jakarta talked to Co-Founder and International Director Julia Frei about how the organisation works.

What made you decide to establish Same Skies, and was it a challenge to do so?

The establishment of Same Skies is pretty much influenced by our experiences of working with refugees in one of the Australia’s Offshore Processing of Asylum Seekers in Nauru. It all began with refugees in Indonesia who tried to get to Australia by boats. A lot of them never really intended to stay in Indonesia because not only is it considered as a transit country but also there’s no legal facility to seek asylum in the country. When Australian government changed its policy – that it would not settle anyone who is trying to get into Australia by boat – the government send them to detention centres in Nauru and Manus Island’s Papua New Guinea.

Our experiences in Australia have driven us to establish what we do today in Same Skies. What we have realised is that refugees are still perceived as a burden to society. In fact, what we have seen in reality is that oftentimes we found there are a lot of highly-skilled and qualified people in the community, yet they haven’t been recognised and utilized enough. We exist to find more innovative kind of ways for refugees to address global challenges as well as to help them grow and develop their skills rather than perceive them as beneficiary. 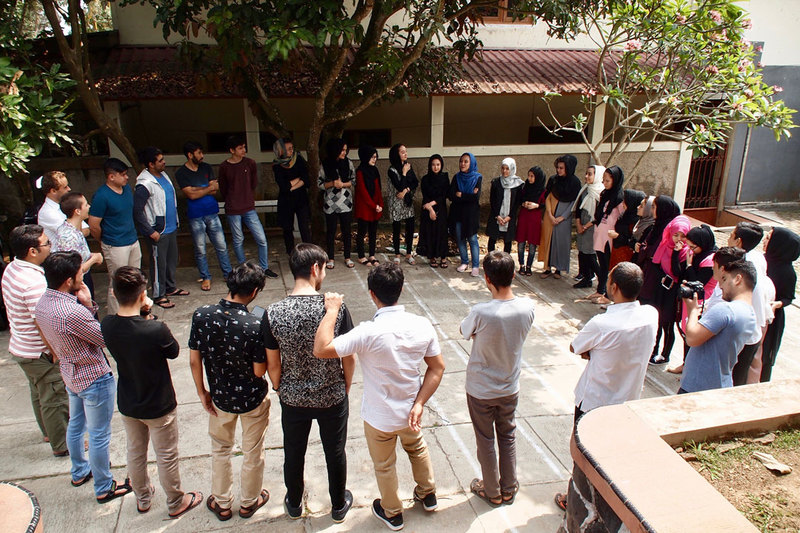 Could you tell us more on how exactly the organisation works?

Our work is based on the conviction that every individual has skills and knowledge to contribute to society. We try to develop a method called “refugee-led action”. We don’t provide assistance to any individuals, but rather working together as group and members of the community in three different ways.

We help them to co-design solution and identify challenges. For example, among the most significant challenge in Indonesia is Education for Children. Since a child refugee cannot go to public school in Indonesia, we have to do something about it so that they won’t waste their childhood. We also try to find Volunteers and help them design whatever the initiatives or projects they’d like to create by providing training and coaching and mentoring on how to manage successful community projects. Moreover, we create a global community to shift paradigm by partnering with like-minded people to improve refuges assistance. 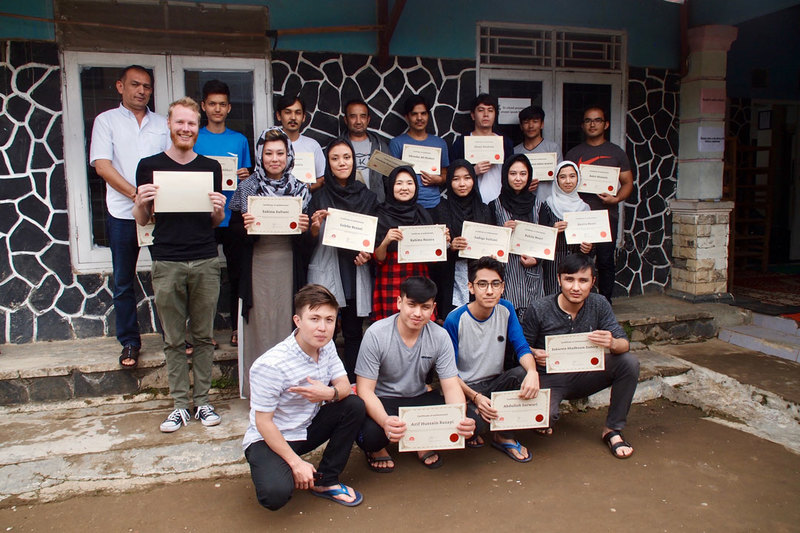 What were and remain your biggest challenges?

For the record, the biggest challenge for us is closely related to bureaucracy especially in Indonesia and Malaysia. There’s also a lack of legal framework as both countries haven’t signed the Refugee Convention relating to the Status of Refugees, thus putting us in the ‘grey’ which everything is not so clear. Sometimes it seemed like the government wanted to support, but it is not clear whether any disciplinary action has been deployed (if it is legal or not). A lack of awareness in the local community also becomes the challenge, like a lot of people might not understand ‘who are refugees, why are they here, or probably they have confused it with migrants who have come to the country by choice’. Things like this I think are still underdeveloped in both countries.

Another challenge is fund-raising; as Indonesia and Malaysia are non-signatories of the Refugee Convention, there is no funding that comes from the government of both countries, but then if we look at other countries, they either support refugees in their own county, or they want to support the fund development projects in overseas countries like in Indonesia and Malaysia, yet it has to involve the local community, thus affecting the fund that doesn’t really go fully to the refugees.

We develop a project called Transformative Leadership in Action. It is a programme that brings together refugees who live in certain countries with diverse participants who want to learn to do good things in an ethically responsible way. This seven-month programme allows both parties to study in online courses or lectures with experts and our partners from universities and organisations.

Also, we just started social enterprise here in Malaysia called Kneading Peace, a platform where refugees and volunteers learn vocational skills, ranging from cooking, baking and how to develop business plans with the aim that in the end they are not only able to create some revenue out of it but it also helps them to become financially sustainable.