An Interview with H.E. Johanna Brismar-Skoog, Ambassador of Sweden to Indonesia

H.E. Johanna Brismar-Skoog spoke to NOW! Jakarta about the strengthening ties between Sweden and Indonesia, their various fields of cooperation and her plans for the near future. 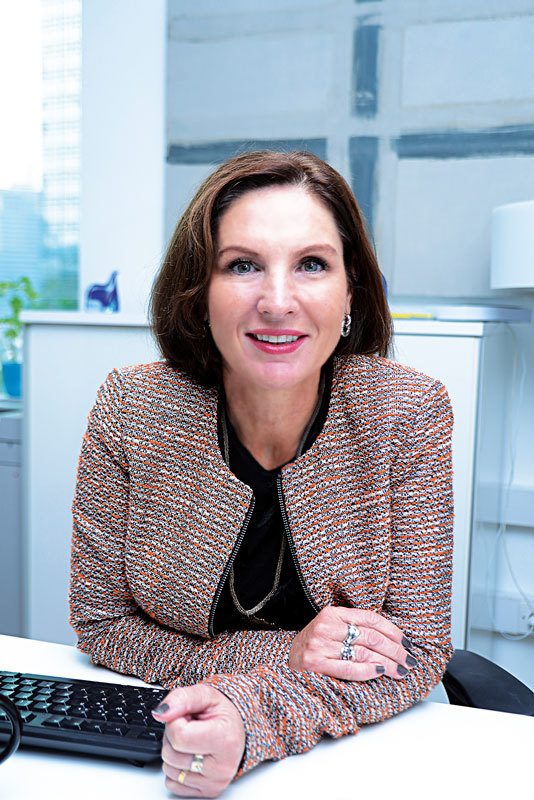 A year ago there seemed to be a chance you would be heading for New York, but you are still here! Please bring us up to date with your plans.

We are still working on my move to New York, and there are some options which could be exercised soon, but there is a process to be followed. Let’s say it could be between the end of the year and mid-next year!

In the meantime I continue to face the opportunities and challenges that Indonesia poses which bring both the highs and lows of working here. Fortunately there are very good people here who I hope will prevail and that Indonesia can keep its position as the most tolerant Muslim majority country.

How have the last 12 months been for the Swedish Embassy?
The first half of this year was totally dominated by the State Visit by their Majesties the King and Queen of Sweden in late May of 2017. The preparations for the visit and the follow up from it have occupied all of us almost exclusively. But it was and is a fantastic instrument for building bilateral relations, as well as branding Sweden and putting us on the map for the broader public.

The State Visit included Swedish Ministers and a major business delegation which allowed us to highlight the areas of development and cooperation we want to pursue, principally trade, sustainability, research and innovation.

We signed an MOU on transport as well as a letter of intent on the creative industries. These have led to many openings, among others in rail and civil aviation, hopefully coming soon.

There is also a dedicated energy counselor at the embassy, has much progress been made in the renewables field and energy efficiency?
Yes. Our counselor has the expertise needed for in-depth informal conversations with industry-experts. He can also evaluate proposals for Indonesia-Swedish Cooperation and say whether they hold up or not.

We signed an MOU with Indonesia on cooperation in the energy sector in February this year, and the energy counselor is the natural contact point for developing this with the National Energy Council and the Ministry. In fact, together with our Nordic colleagues and the Coordinating Minister for Maritime, we have just had a major conversation on “Waste to Energy” with stakeholders from both the NGO, business and Government sides. We have a state of the art waste to energy plant in the middle of Stockholm which provides a very good example of how safe it is to burn garbage for energy, using modern technology and adhering to the EU regulations. In true Nordic spirit a Finnish-Swedish company, using Danish technology, is now working to set up a plant in Sunter. Other Swedish companies are strong on this technology, and for example Scania has an excellent waste to fuel program converting plastic residue to fuel for transportation.

There is definitely an upsurge in creativity in Indonesia. How is Sweden helping there?
We are looking at different ways to approach creativity and the areas we have identified are fashion and music, and of course digital and tech. We signed a letter of intent on the Creative Industries with Indonesia during the State Visit, which we are now starting to implement.

I would highlight our collaboration with Jakarta Fashion Week over the past year, culminating with a runway show this October featuring up and coming Swedish designers that have put sustainability at the heart of their business models, be it in production, recycling, socially or questioning stereotypes. Earlier this year we invited JFW to Stockholm to learn more about our fashion ecosystem and how it supports creativity and internationalization. This was also the theme for a session we organized with JFW and Jakarta Creative Hub for H.M. The Queen during the State Visit. She also met a women’s community group recycling hotel bed sheets and making them into beautiful batik textiles.

Sweden is also a world power on the popular music scene and there are some interesting initiatives by Prajna Murdaya of Shoemaker Studios, a passionate promoter of Indonesian music talent, taking young Indonesian artists to Sweden and bringing a Swedish-American voice coach couple here. We support where we are needed.

From a casual observation on the developments in Indonesia on gender equality, the LGBT issue and even from a religious tolerance perspective, Indonesia does not seem to have made progress. What, if anything, can Sweden do to improve these areas?

Sweden has a very clear stance on human rights issues – equal enjoyment of rights for everyone irrespectively of gender, race, religion, sexual orientation or other differences – but we always need to consider the best way of promoting them.  We are part of the EU, and of course we all work closely together within the Union on priority areas such as death penalty, LGBT rights and gender equality.  It is important to have a productive dialogue in a manner that doesn’t polarize the issue or compromise the groups we support. It shouldn’t become a West VS Asia issue.

Gender equality is important to me and my government, which was the first to adopt a feminist foreign policy. That means the whole Swedish Foreign Service should be actively identifying opportunities to work for better gender balance. I often speak about gender, at universities, business groups, even in the DPR.

There are many strong gender equality champions here in Indonesia. Only last month I was invited to IDBYTE 2017 by the founder Shinta Dhanuwardoyo of Bubu to participate in a Women in Tech Empowerment panel. I will also be speaking at Girls- in-Tech conference in November.

Even though there are still big challenges, we must not underestimate the advances in some aspects of Gender Equality in Indonesia. More than 50% of university students are women and you find many excellent women in important positions in business and government. Indonesia is still well positioned compared to many Asian countries, but issues such as child marriage and economic empowerment need to be tackled.

There are many successful Swedish companies, operating ere: Erikson, Atlas Copo, SKF, Kone, Electrolux, Alfa Lawal for example. Are they confident in the future of the Indonesian economy. What are the challenges?
In the run up to the State Visit we asked the Swedish companies here how they thought Indonesia was doing as a place to invest in and we got very interesting – and positive – results (on following page). They believe in the country, and hope very much for further progress in the Indonesian Government’s efforts to climb up the World Bank’s Ease-of-Doing Business index and the implementation of more economic packages.

What are you final thoughts?
The bilateral relationship between Indonesia and Sweden is far deeper than business and trade. It is also built on close international collaboration in the UN, on political and security issues, sustainable development and peacekeeping, to mention a few. Sweden and Indonesia see eye to eye on many issues and our two Foreign Ministers, who happen to be women, have good rapport. Some examples: we cooperate in the UN on the recent Rakhine refugee crisis, where Sweden is a member of the Security Council and Indonesia an important and influential regional actor. Indonesia took a leading role during the Sweden-Fiji hosted first-ever UN Conference on the Ocean in June, and co-chaired the working group on plastic debris. Our governments have also agreed on developing trilateral collaboration with Palestine. So there are many things to build on for the future and we need to keep a long-term perspective.