An Interview with H.E. Rasmus Abildgaard Kristensen, Ambassador of Denmark to Indonesia

Denmark’s new Ambassador to Indonesia, H.E. Rasmus Abildgaard Kristensen, had a chat with NOW! Jakarta about areas of cooperation between Indonesia and Denmark, as well as the personal and professional goals he would like to achieve during his tenure in Indonesia. 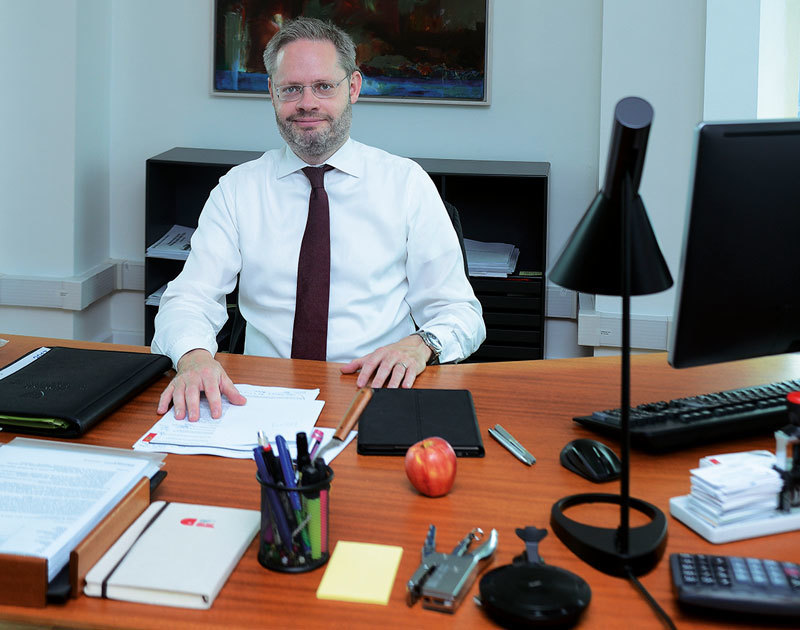 Welcome to Jakarta. Would you mind to tell us a bit about your career and where you have been before Jakarta?
I have worked in Asia before: four years in China between 2009 and 2012. The past four years I’ve been in Copenhagen; first as head of the international department at the Danish Ministry of Climate and Energy and then as head of the press and public diplomacy department in the Danish Foreign Ministry. Since my predecessor Caspar Klynge left to go to Silicon Valley to take up a brand new role as the World’s first Tech Ambassador, the position here opened up and I was very happy to be offered it. I have been here before on business trips, so I was not surprised by what I found. There are many similarities with other emerging markets, such as China, although China has invested much more in infrastructure. I really look forward to being here for four years and know that Denmark can contribute greatly to the progress of this country.

The Danish Government’s “Growth Strategy Indonesia” seems to be a real win-win scenario. It has been in operation for four years. What’s been successful so far?
Actually, our previous government launched the “Growth Strategy”, but that has largely been superseded by new initiatives. The State Visit of Her Majesty The Queen of Denmark with her delegation of ministers and commercial interests provided a new platform for an Innovative Partnership Agreement covering a number of areas for cooperation; areas where we have real competence: Food & Agriculture, Design & Lifestyle, Cleantech & Urban Planning as well as the Maritime Sector. We signed bilateral agreements in those areas. For example in agriculture, Denmark produces three times the amount of food our population needs which gives us a competitive edge in this area, especially dairy products. Lurpak butter is a good example, which is well known here.

Of the four sectors, the most needed would seem to be Cleantech and Infrastructure. Can you tell us more about efforts in these areas?
As far as Cleantech is concerned, the scale of the problem in Indonesia is right here in our faces, with over 7000 tons of waste needing disposal in Jakarta every day. The government of Indonesia also has high ambitions to move on renewable energy and energy efficiency where Denmark has a strong showcase. We are cooperating closely with Indonesia in all those areas. This week – for example – we had a delegation of Indonesian government officials as well as business people in Denmark to study energy efficiency solution. Indonesia has expressed concerns regarding both costs and how to integrate renewables into the grid, but I think Denmark has proved that renewable energy is not only technically feasible, but also a cost-efficient form of energy, Indonesia with solar, geothermal and a-plenty wind should go all out in that direction.

What do you think the challenges are in Indonesia and how can Denmark help to overcome them?
There is certainly a lack of awareness of the benefits of Cleantech and we are ready to demonstrate them! For example we have a major “waste to energy” plant right in the centre of Copenhagen which has no pollution and no disruption, in fact it is designed as a hang out place for the public with a ski-slope and a playground. At the same time we are phasing out traditional development assistance, in favour of new solutions in cleantech and in the maritime sector where we have very strong historic connections.

The Environmental Support Program which coordinates vital ties between central and provincial governments is also of great importance. Has this proved to be a model that can transfer between provinces?
I realise that while working at a national level is both good and important, we do need also to work at a local level too. For example we are working with the city of Semarang on waste issues, but have not yet developed a blue print that can transfer the experience from area to area.

Which Danish Companies are doing well here?
Lego has a wonderful product which they are developing well which combines play and education, which is a great contrast with the usual Asian “rote” learning. They are certainly very strong here.

Fritz Hansen are also going up in popularity as people increase in their appreciation of modern lifestyle furniture.

The Cleantech side is very well represented by companies such as Grundfos whose pumps are the most energy efficient and environmentally friendly.

ISS, one of the world’s biggest companies by employee, is the largest Danish company in Indonesia and through their rigorous training are upgrading the Indonesia labour force.

Please share with us some of your personal and professional goals for the coming year.
I would like to achieve two things: