An Interview with H.E. Rob Swartbol, Ambassador of the Netherlands to Indonesia

For more than seven decades, Indonesia and the Netherlands have maintained a close relationship. A new milestone was achieved when both countries signed a Joint Declaration on a Comprehensive Partnership Agreement in 2013, which signified the plans of a more tangible partnership. Not only is Indonesia the Netherlands’ strategic trading partner, but both countries also share deep cultural ties and a special bilateral friendship. 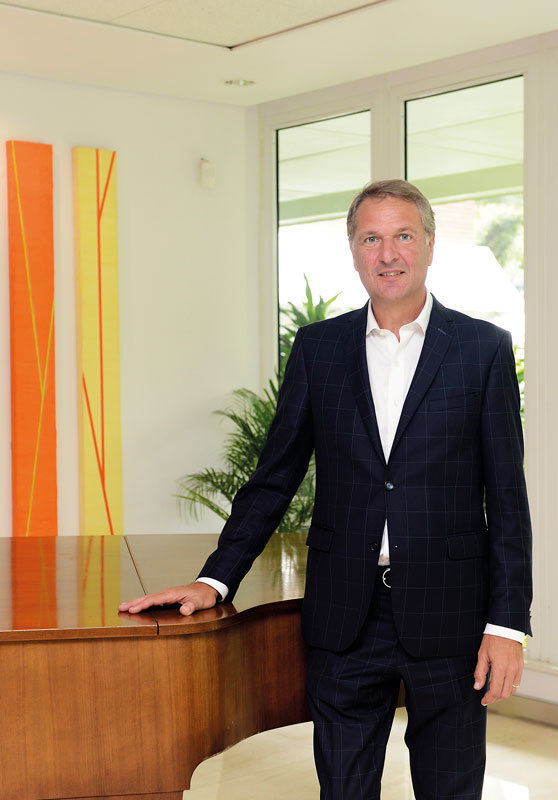 NOW! Jakarta had the opportunity to chat with Mr. H.E Rob Swartbol, Ambassador of the Netherlands to Indonesia about various remarkable collaborations between the two countries.

There has been quite a lot of Indonesia – Holland interaction recently. The most important was the visit of the Prime Minister of The Kingdom of The Netherlands Mark Rutte. Can you please give us an overview of the main results of his visit?
The visit of PM Mark Rutte last November was the follow up of President Jokowi’s visit to the Netherlands in April 2016. Along with Minister Lilianne Ploumen for Foreign Trade and Development Cooperation, Minister Melanie Schultz van Haegen for Infrastructure and the Environment, Minister Sharon Dijksma for the Environment, as well as 200 Dutch businessmen and women, the visit focused especially on agriculture and environmental issues, waste management, infrastructure and maritime among other issues. As result, we had 35 MoU signed and plenty concrete business deals between Indonesian and Dutch companies. PM Rutte not only stayed in Jakarta, but also visited Semarang to see the Dutch cultural heritage and to inspect the water management project on Banger River. It has been reorganized by the Dutch with a new water management system using a flood-mitigation system, which is already implemented in the Netherlands. So overall, the Prime Minister was very happy with his second visit to Indonesia.

Part of PM Rutte’s visit was the green waste bank system, how is the follow up to this programme?
There was an MoU signed about waste management cooperation between Indonesia and the Netherlands. In March, several young bright Dutch people who also met the PM during his visit went to Bali to present their plans for ocean waste management system. The plan of one of them, Boyen Slat, is to build very long artificial arms to get plastic waste out of the sea, which is important because much of the Indonesian water is in an alarming condition today due to pollution. The week after, delegations from Indonesia went to the Netherlands to talk about their plans to transform waste into energy. We believe that in order to make this programme sustainable, sharing knowledge between the two countries is very important.

Last year, the disappearance of the remains of Dutch warships from World War II in the Java Sea was a big issue. How is the investigation looking into this developing?
The disappearance of three Dutch shipwrecks from World War II was quite shocking for all of us, especially since we discovered that the ships were missing just a couple of months before the commemoration of the 75th anniversary of the Battle of the Java Sea. What we know is that the wrecks of the admiral’s ship, the cruiser HNMLS De Ruyter and another Dutch cruiser, HNLMS Java, were completely gone, while most of the remains of the Dutch destroyer HNLMS Kortenaer were also missing. However, the cooperation with Indonesian government has been fantastic. We have been investigating this issue to find out what may have happened with the ship and are working very closely with the government to make sure things like this will not happen again in the future. An important step is the signing of an MoU between the two countries to work together in the future by sharing information and expertise for the protection of maritime cultural heritage. The investigation will take a long period of time, but the good cooperation with Indonesian authorities makes us confident about the future of this investigation.

Another remarkable event last year was the visit of Her Majesty Queen Maxima in her role as UN Secretary General’s Special Advocate for Inclusive Finance for Development. Please tell us more about this trip.
As the UN Secretary General’s Special Advocate for Inclusive Finance for Development, Queen Maxima has a special interest in micro credit, the importance of bank accounts for everyone without exception, as well as women and financing. During her visit, the Queen had a one-on-one meeting with President Jokowi to discuss financial inclusion in Indonesia and how it can combat poverty. The Queen also went to Bogor to visit a school and inspect a student savings programme that was initiated by Indonesia’s Financial Services Authority or OJK. Of course, there are many difficulties that Indonesia is facing, especially regarding the country’s geographic composition. However, providing mobile banking access to every family in Indonesia is crucial so they can have a better financial flow. Engaging women in families’ financing is also important. Most of the time, it will be easier to sustain the financial flow when the bank access is given to the women as they will use it for their children and daily errands. Overall, the Queen expressed her satisfaction towards the Indonesian economic development and is confident about future improvements.

In February, the Dutch Minister of Education, Culture and Science, Dr. Jet Bussemaker, visited Jakarta. What was the main purpose of this visit?
In terms of education, there is much cooperation between Indonesia and Netherlands. During her visit, the minister agreed to sign several MoUs, especially to support the vocational training in Indonesia which is believed to be an important key to create brilliant innovation in the future. She went to the University of Indonesia and Gajah Mada University in Yogyakarta, and visited Kota Tua in Jakarta and Kota Lama in Semarang. The Minister also officially opened the Erasmus Training Centre, an initiative by four universities from the Netherlands (Leiden, Stenden, VU Amsterdam, and Groningen), the Embassy of the Kingdom of the Netherlands, and Nuffic Neso Indonesia. In addition to its focus on language and preparation courses, the Erasmus Training Centre will serve as a platform for the Dutch universities to offer training programmes in Jakarta for Indonesian professionals and the organisations they work for.

Overall, are you pleased with the way that the Dutch-Indonesia relationship is going and what do you think that can be improved?
At this moment, I am very happy. Given the close history between both countries, the relationship has had its ups and downs. However, in recent years the kinship is mature; Indonesia is very mature today and it is not a developing country anymore, so the partnership is more equal. Of course, there is always room for improvement but in general, the interactions have been very good. In the near future, we have many things to look forward; the Mayor of Rotterdam will visit Jakarta in June and bring the Rotterdam Philharmonic Orchestra to perform here. We will also ship the Eco Dome from Rotterdam to be placed in Bogor Botanical Garden for a couple of months. The Eco Dome is an example of innovative, sustainable and climate-proof architecture and we’ll be hosting various events like art exhibitions, musical performances, and discussions. We are very excited about that!