An Interview with H.E. Vegard Kaale, Ambassador of Norway to Indonesia

H.E. Vegard Kaale, who arrived in Jakarta in early September, is the new Ambassador of Norway to Indonesia and looks forward to further strengthen the good relations between the two countries. His career at the Ministry of Foreign Affairs has already led him to, among others, The Hague and Dublin. The Ambassador recently spoke to NOW! Jakarta about his new post in Indonesia and the main areas he would like to focus on. 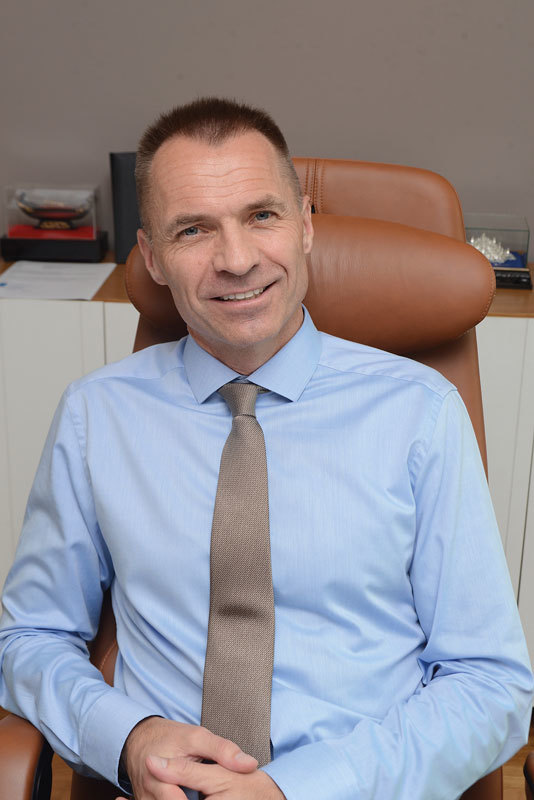 You are very new to Indonesia, having arrived only last month. What is your impression of Indonesia and Jakarta so far?
Indonesia is a very impressive country. Coming from Norway, a small country in Northern Europe, to Indonesia that comprises of so many islands and almost 250 million people is quite fascinating. I am very much looking forward to traveling and visiting as many places and islands in Indonesia as possible and learn about people and new cultures.

After my first couple of weeks in Jakarta, I can say that the city truly is a melting pot where politics, business and culture meet. I was, of course, prepared before I came here but the traffic situation can be quite a challenge. However, I think there are ways to work around it. For instance, you have to get used to doing some work while commuting. Getting frustrated won’t get you anywhere faster.

Most recently, you served as Director and Head of Section for Energy and Climate, a subject which is also very important to Norwegian-Indonesian bilateral relations. How are you planning to implement your knowledge and skills in this field here in Indonesia?
These issues are indeed very close to my heart. Norway has been engaged in a bilateral energy dialogue with Indonesia for more than 20 years, and we continue to meet frequently to discuss various issues in this field. I will build on this dialogue and try to strengthen it, also based on the knowledge I bring from my last posting. Norway is a big producer of oil and gas as well as hydro power while Indonesia is also a producer of oil and has huge oil and gas reserves, therefore there is room to cooperate even closer. In Norway, for instance, we have very advanced technologies for increased recovery of oil fields – up to 20-25 % more can be recovered than previously was possible. This is good for business, for energy security but it is also more environmentally friendly. This is something I would suggest to look into in Indonesia as well.

When it comes to renewable energy, Norway has been very fortunate as we started to develop hydro power plants 120 years ago. Hydro power has been an integral part of the backbone of Norway’s economy and has helped to finance our infrastructure and welfare state. Looking into the possibility to develop hydro power in Indonesia is something I would like to pursue. We already have a couple of  companies working on that possibility, but there is always room to do more.

Both Norway and Indonesia are maritime nations. Knowledge about the oceans and the resources they provide are vital for future generations. What can be done in order for the blue economy to grow sustainably?
I think that this is one of the most important areas where we can develop a stronger cooperation. Both countries are coastal nations with a long tradition when it comes to fishing and shipping, therefore there are lots of opportunities to work together. We already have a cooperation to fight illegal fishery and another to further develop aquaculture. In the future, the ocean will become even more important. Many environmental initiatives are already in place - one of them we are looking at are ways to reduce marine litter, which is a big challenge globally and also here in this region, including Indonesia. Last but not least, the conference “Our Ocean” will be hosted by Indonesia next year. This year’s conference took place in Malta just recently, while in 2019 it will be held in Norway, providing us with many different arenas and platforms where we can work closer together. But in the end, this should not only be about coming together and engaging in discussions - it is important to see results. We have to deliver and improve as well.

In 2010, Norway and Indonesia entered into a climate and forest partnership to support Indonesia’s efforts to reduce emissions from deforestation and degradation of forests and peat lands. Can you tell us more about the results and progress of this partnership?
Tropical forests and peat lands are extremely important to reduce CO2 emissions and mitigate climate change. It is also important for people living in this region, for the flora and fauna and last but not least, for business as well. The Indonesian government has a very ambitious reform agenda in this field, led by President Joko Widodo himself. Norway is one of Indonesia’s biggest partners and supporters in this regard. This is a task where you have to cooperate with many stakeholders, be it on the government level, in the provinces, on local level with NGOs, the businesses or the indigenous people. With so many stakeholders being involved, this issue becomes quite complex. That’s why Norway is putting a lot of effort in this particular field. At the Embassy alone, we have five people working on this issue, in close cooperation with the Indonesian government.

Last year, we allocated US$ 25 million to Indonesia in order to prevent greenhouse gas emissions from peat.

Together with Brazil is Indonesia, with the world’s third biggest tropical forest, among our most important partner countries in reducing deforestation.

In terms of economic relations, how strong is the presence of Norwegian businesses in Indonesia?
There are quite a few Norwegian companies and consultancies doing business in Indonesia. At the same time, I believe that we could do better and would like to see an increase in bilateral trade. For the time being, EFTA - the European Free Trade Association consisting of Switzerland, Liechtenstein, Iceland and Norway - is negotiating with Indonesia to achieve a comprehensive economic partnership agreement.

The Norwegian education sector is known for its high academic standards and innovative teaching methods.
How attractive is Norway as a potential location to study for Indonesians? Do you see a lot of interest?
There is an increasing number of Indonesians who want to study in Norway. Almost all universities in Norway don’t charge tuition fees, which makes it an attractive location for international and Indonesian students. I have also met a number of Norwegian Alumni in Indonesia. They shared their experiences and I want to see how we can improve the exchange between our two countries.

What do you hope to achieve during your time in Indonesia?
It’s quite an ambitious list of goals that I have set for myself. Firstly, I would like to strengthen the bilateral relations between Indonesia and Norway. Then of course I aim to build further on what has already been established, such as our cooperation on climate and forests. This is a high priority for me, to see how we can achieve the results we are aiming for together. Lastly, I want to deepen our cooperation in the field of oceans. I also see great potential for further development in the field of business and tourism. I’d like more Norwegian tourists to come and explore Indonesia - not only Bali, but the rest of the country as well. And of course I want more Indonesians to visit Norway and get the opportunity to enjoy the longest fjords in the world, the Northern light and the Midnight sun. This year we have already issued more visas to Norway than in 2016 which was a record year.