An Interview with HE Thomas Lembong

Thomas Trikasih Lembong is the former Minister of Trade of Indonesia and the New Head of the Indonesia Investment Coordinating Board. After receiving a Bachelor’s Degree in Architecture and Urban Design from Harvard University in Cambridge, USA, in 1994, he returned to Southeast Asia where he worked successfully for several companies and agencies, including Deutsche Securities, the Indonesian Bank Restructuring Agency, Farindo Investments and Morgan Stanley and Company. He was employed in Principia Management Group and was a Managing Partner and CEO at Quvat Management, a private equity fund established in 2006. 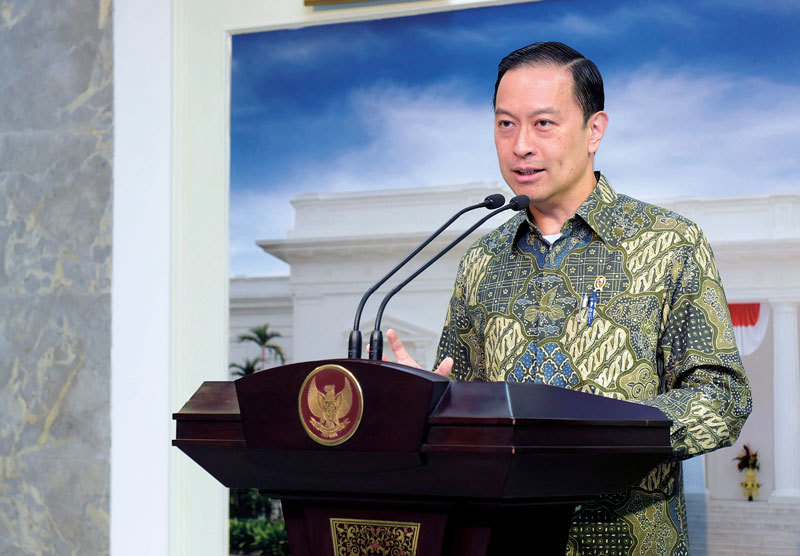 How would you describe the Anglo-Indonesian relationship?
I would not hesitate to use the word “special”. The UK government has helped with a number of initiatives, for example, the chamber legality and certification scheme SVLK as well as a special initiative launched more than 10 years ago to combat illegal logging. It evolved into a project between the European Union and the Government of Indonesia and I believe the British Embassy here in Jakarta spent millions of pounds in that period to help develop the system. Earlier this year, our SVLK system became the first in the world to be launched officially, and is now awaiting ratification by the European Union members of parliament. That’s an example of how the two governments have successfully collaborated on very important and even historic initiatives.

What are we now likely to see in the way BKPM approaches the FDI challenge in general, and from the UK in particular?
One of my aspirations at BKPM is to shift towards the qualitative aspects of FDI. If I can draw our attention to President Jokowi’s singular focus during his visit to the UK, which was on creative economy, you’d know that the ultimate purpose of investment is to Number 1, generate jobs and Number 2, lift the quality of life. President Jokowi and his team have correctly identified creative economy as a particularly suitable sector for Indonesian society, given our culture, creativity, humor, warmth and friendliness. Likewise, the UK excels in many facets of this creative economy, from performance arts to animation and digital movie making, special effects, illustration, architecture. I would focus as keenly on the qualitative aspects, meaning, does certain FDI help us accomplish goals like generating jobs, improving the quality of the jobs on offer and over time, facilitating the transition and transformation of our economy.

There is more and more emphasis on the development of the AEC, each AEC member puts similar emphasis on FDI as regional trade. Vietnam recently opened up fully for FDI across almost all sectors. The Philippines recently pledged to do likewise. What plans does Indonesia have to retain its competitive advantage in the FDI arena?
President Jokowi himself has repeated time and again about the reality of regional and global competition that we face. He has even publicly outlined his refined economic reform policy to two principles. Number 1 is openness and Number 2 is competition in a number of ways. But regional competition is the reality we have to deal with. You know Vietnam stunned the world last year by completing its free trade agreement with the European Union while simultaneously becoming one the 12 founding members of TTP. Both President Jokowi and Vice President Kalla are profoundly aware of the terms, investment diversion and trade diversion.

In June, since your UK visit, the British people voted in favor of the BREXIT, while we all understand little of what that might actually mean in trading terms between the UK and Europe. What, if any, are the implications for the Anglo – Indonesia relationship? More challenges than opportunities, or vice versa?
To me Brexit is a valuable wake-up call, in particular to us – the technocrats and global elites. I think together with other political developments around the world, it starkly illustrates that we, the global elites, have lost the trust of the people. We face a huge communication challenge, as we have failed to bring everyone along with these seemingly abstract concepts like TTP or CEPA. Having now been in a policymaking and global democrat role for 13 months, I can see that it is very easy for us to fall into the trap of talking entirely in jargon and in ways that are completely detached from the person on the street. Technocrats need to spend less time with each other and more time with the people, and we have to start talking like real people and not like some alien from outer space, talking in abbreviations and jargon that people can’t relate to. President Jokowi is leading the way. He spends an inordinate amount of time with the people and he talks like a real person.

We understand that you may visit the UK in September. What will be your objectives and desired outcomes of this visit?
This will probably be a more modest visit to touch base with a few people, I will be speaking at Asia House and also talking to an audience organized by our embassy there, particularly on infrastructure investments.

BritCham has worked closely with BKPM London in recent years. How would you like to see the relationship developing further over the coming years?
On the principle of first things first, I want to make sure together BritCham, BKPM both London as well as Jakarta, the UK embassy here and the one in London take excellent care of our existing alliance. I believe our best advertisement for new investors is the experience of existing investors, you know marketing habits have it that it takes 10 times the effort and resources to acquire a new customer than it does to keep an existing one. I want to make sure that our existing customers are happy and become repeat customers. I don’t want them to move to Vietnam. Secondly, I want to look at the quality of factors, in particular whether they align with President Jokowi’s declared focus on creative economy. So I would be on the lookout for opportunities to exchange investment and services in digital animations, special effects, music, galleries, fashion, culinary, entertainment – sectors which perhaps were never our focus before. I trust President Jokowi’s instinct very much and I want to align BKPM’s programme support.

Nobody seems to be responding to Jokowi’s diverse view.
I particularly welcome this kind of honest feedback. I am much more interested in honest feedback which requires proactive action in order to achieve success. On a practical level, I want BKPM to play more of a role in rousing people and pushing people, especially our governors, entrepreneurs and business owners. Honestly, I think we are still struggling with the laziness that enveloped us during the commodities downturn. We still have this mindset that the world will come to us rather than us going out there to engage with the world, which is what Malaysia, Vietnam, Thailand and Singapore have been doing. I think one of President Jokowi’s biggest contributions over the course of his era is what he calls the Mindset Revolution – we have to change our mindset, and we can’t afford to be lazy and sluggish. The good news is that we have very energetic president and vice president, and that will trickle down over time.

The interview was conducted by BritCham Executive Director Chris Wren and managed by Anka of BritCham Communications.