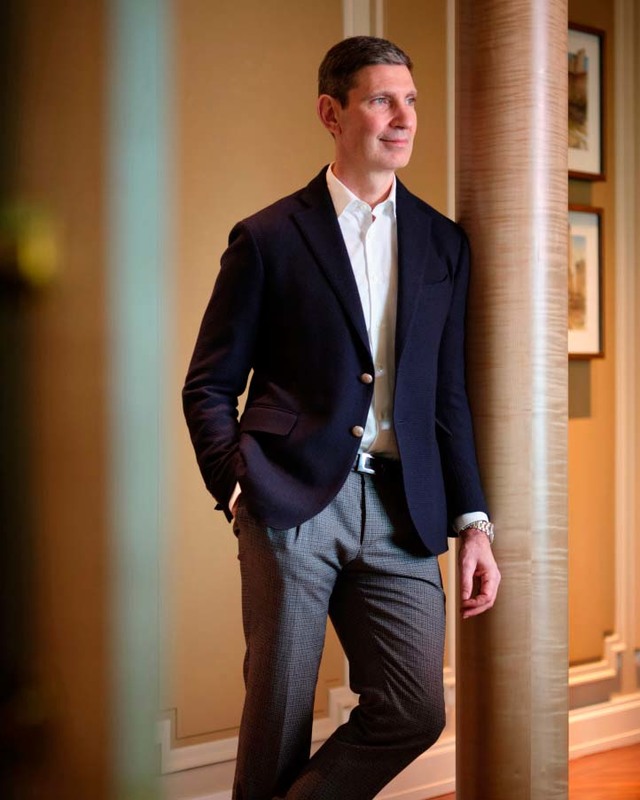 Having rewcently transferred from Singapore to Jakarta, Simon Barnett brings a wealth of international experience to his new role as General Manager of Four Seasons Hotel Jakarta.

A veteran hotelier with 30 years in the industry, including over a decade with Four Seasons, Simon embodies a rare combination of operational and sales and marketing experience. Starting out in the front office of a five-star hotel is Brisbane, Australia, he ventured into various departments, including concierge and reservations before discovering a strong affinity with sales.

“I loved the energy, the dynamism and the competitive nature of the work,” he says with a smile. Progressing steadily through the sales ranks, Simon learned to flex his creative muscles and think outside of the box. Working across luxury properties in the Gold Coast (Australia), London and New York, he also had the opportunity to build and lead teams across diverse cultural environments.

In 2011, Simon joined Four Seasons Hotel Sydney as Director of Catering and Conference Services, rapidly earning a promotion to Director of Marketing. It was around this time that he felt an increasing urge to return to operations and to take on a role that would encompass the Hotel in its entirety. His transition to Hotel Manager in Sydney was followed by a move to Four Seasons Hotel Singapore where he served simultaneously as Hotel Manager and Director of Marketing.

Now at Four Seasons Hotel Jakarta as General Manager, Simon is building further on a foundation of excellence. “The team has done an incredible job so far, especially given the challenges over the last two years. As we move ahead, our goal is to engage more deeply with the local community and continue to deliver exceptional hospitality to guests from around the world,” he says.

On the cards is a series of curated experiences and exciting offers, designed to showcase the best of the Four Seasons lifestyle – from staying in splendid suites and discovering the Hotel’s in-house art collection, to savouring sky-high gastronomy and sipping storied cocktails. Local residents can also look forward to glamorous functions featuring the Indonesia Classic Car Owners Club and an art-inspired calendar of events, featuring collaborations with an artist-in-residence program.

Growing up in the suburbs of Melbourne, young Simon loved to visit Lygon Street, an Italian-Greek neighbourhood filled with family-run restaurants. “The laughter, the passion for good food – it felt like an extended family,” he describes fondly. “People working there genuinely looked out for each other, and that warmth spilled over into the service and the dining experience.”

As a leader, Simon strives to foster a similar sense of mutual care in his teams. “A happy and satisfied team is the bedrock of a great hotel,” he says, noting that employee wellbeing springs from a combination of fulfilling work, growth opportunities, and genuine care demonstrated by the organization.

What is the most important lesson he has learned during his career? “To make every single guest feel special” he says, recalling the incident that led to this learning. Working as a porter during his university days, Simon rushed out to greet the arrival of a glamorous young American couple and escort them to their room. “Later, the Head Concierge pulled me aside and pointed out that I had overlooked an elderly couple who had arrived just a few seconds before. They had been saving up for months to spend their fiftieth anniversary with us,” he says, recalling how embarrassed he felt at the oversight. Ever since, the memory has served him as a valuable reminder of why people come to hotels – and why it’s worth taking every opportunity to make their visit memorable.

When he’s not at work, you’re likely to find Simon exploring new restaurants and bars with his wife, Bozenka. The couple is excited to immerse in Jakarta’s vibrant food culture and discover its live music circuit. They also love to go for long walks with their dog Kanga, who is very much part of the family “this is her fifth country with us!”

The city’s CrossFit enthusiasts might occasionally bump into Simon, who has been following the fitness regime for years – not just for its health benefits but also for its sense of community. As a former rugby player and lifelong fan, he also finds plenty of inspiration in captains such as Nick Farr-Jones and John Eales: “They were leaders who excelled individually, yet always put the team before themselves.” 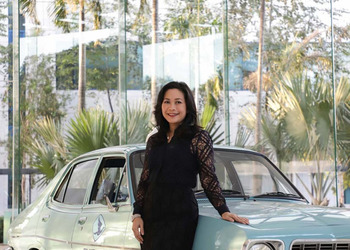