Ever a journalist, Lin Neumann still delights in talking to people and indulging in passionate discussions, only these days he’s wearing a different hat. In October 2014, Lin was appointed to be Managing Director of the American Chamber of Commerce in Indonesia (AmCham Indonesia), after spending six years at the Jakarta Globe newspaper, where he was the founding editor. Lin, who hails from Phoenix, Arizona, sat down with NOW! Jakarta to speak about the mission of AmCham Indonesia—a business organisation with around 600 members and representing more than 250 companies—and how he plans to promote US-Indonesia relationship. 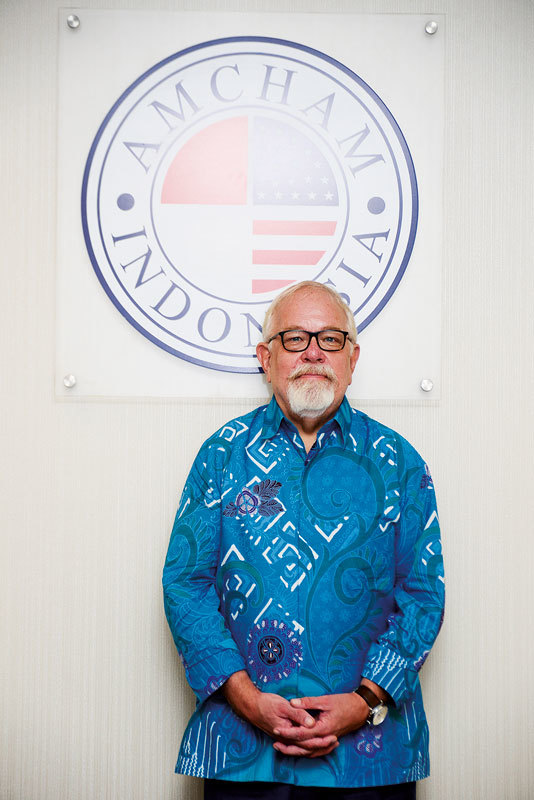 Do you miss being a journalist?
You never stop being a journalist. You simply disseminate the information to a different audience. We gather information the same way, so it’s not really that much different in an association or in the private sector. You still try to know what’s going on, you’re still talking to lots of people. The difference is that you don’t write for the public, but for smaller audiences for the most part.

What is the mission of AmCham?
Our mission is to be the advocate for members’ business interests in Indonesia. We are helping to create a better investment climate, negotiate and discuss with the government on various regulatory issues. AmCham also has a social and networking function, but mostly we try to represent our members’ interests in their dealings with the government. Traditionally, the American businesses’ presence here was, not surprisingly, oil and gas, and mining and related fields. As the economy and the regulatory environment changed and as the oil prices collapsed along with other commodity prices, the extractive sector has shrunk somewhat. There are more pharmaceutical companies, consumer goods companies, infrastructure-related companies and manufacturing. And then we’ve got a lot of digital economy companies. While they are not a huge percentage of the GDP yet, I think the government sees them as the future, and so do we. We are quite keen to see the growth of digital economy, app companies, e-commerce and so on.

What are the main challenges for American companies doing business in Indonesia?
Indonesia is one of the most complex regulatory environments in the world. It’s a tightly regulated economy and has a vast bureaucracy. In Indonesia, we sometimes joke that if it’s not specifically allowed by law, it’s outlawed, whereas the American approach would be, if it’s not outlawed, it’s probably OK. But because here it’s so tightly regulated, oftentimes there are conflicting regulations. There’s a lot of red tape, and we try—to the best extent we can—to entangle things and work with the government to make regulations simpler.

Do you think there will be changes with the new administration back in the US?
I don’t think the situation has changed yet with the new administration in the US. Obviously, the whole world is unsettled by the political changes in Washington and I think that Indonesia, like most countries, looks on this with a little bit of concern. It doesn’t necessarily mean that it’s bad for Indonesia. I think that if the United States gets its trade policies right—besides to invest in a bilateral agreement with Indonesia—it might be very good for Indonesia and the US. I don’t think the US government wants to retaliate against Indonesia or create any problems with Indonesia. I think they just want things to be as smooth as possible. The fact that US Vice President Mike Pence came here in early May is a sign that the US sees Indonesia as a stable ally and place to do business. As long as this continues and there is no disruption, things will probably be OK.