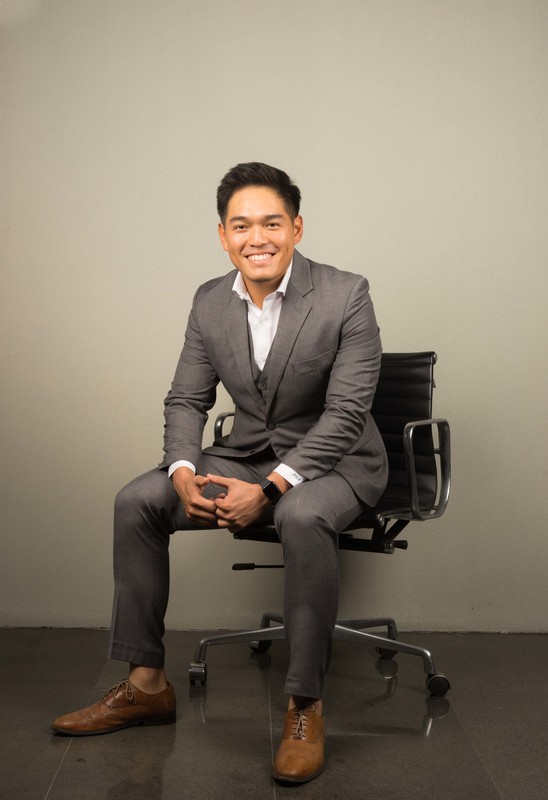 One of Indonesia’s largest cryptocurrency exchanges, TokoCrypto, has been pushing hard to grow the cryptocurrency and blockchain industry in Indonesia since it opened in 2018. The company sees a lot of potential, but are working on improving awareness and education of these spaces through their T-Hub venues, as well as assisting young innovators and entrepreneurs in the system to grow. NOW! Media speaks to Tokocrypto’s CEO and Founder, Pang Xue Kai, a Singaporean engineer-turned Cryptocurrency entrepreneur on how he sees the space developing across Indonesia.

NOW!: Kai, you’re originally from Singapore, but you’ve started a business in Indonesia. What was the reason behind developing a platform here rather than your home country?

Pang Xue Kai: As a Singaporean, I’ve always looked towards Indonesia as being this huge country with many possibilities, opportunities and potential. Firstly, the population of Indonesia is about 47 times that of Singapore; GDP is way larger as well. We just look to Indonesia as a country of opportunities. Existing Singapore financial markets and ecosystems are really much more mature in terms of its development. Also, blockchain technology is stated as something that can help provide a solution for the unbanked and “unbankable”. That’s what the early stage blockchain technology was always seen as. If you look in Singapore, we don’t have a lot of unbanked people, but in Indonesia, there’s a huge percentage of the population that still don’t access to what we know as the traditional financial tools and and systems. 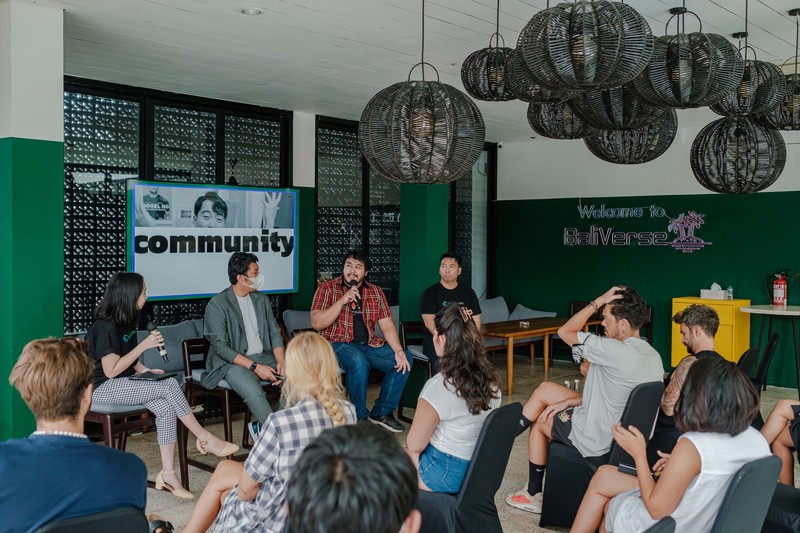 Yes, I think one study stated that around 66% of the Indonesian population is unbanked.

When you came in 2018, adoption of Crypto was generally low and even general awareness was generally low. What were some original hurdles? I imagine regulation was one, in the sense that government bodies didn’t know yet what their stance was on this field.

So I would break it down into two categories: One is on the industry and the second one is on the consumer. In terms of regulatory, it was really a kind of a wild west scenario. There were no regulations. You know, in fact, the regulatory bodies were actually fighting to not want to regulate this space. Fortunately enough for us, we were able to convince, ‘Bappebti’ (The Trade Ministry’s Commodity Futures Trading Supervisory Agency) to be able to come in to help regulate this space because we know that only with clear supportive regulations, can the industry grow. Only with that, can you weed out the bad actors that are so rampant inside this space. It’s a very new industry. It needs the supporting guide rails. We need the Ministry of Education to place an emphasis on having a curriculum on blockchain technology to provide this form of awareness to people. No matter how good the technology is, if it’s not utilised properly, ultimately it might become a weapon of mass destruction instead of helping the population.

We are still seeing it right now also a consumer challenge. I have to share you this just just last week, this person came up to our office, he was “carrying” a Bitcoin coin. Like a metallic coin. He came up to me and said, “How much is this worth?” There are People that still think that Bitcoin is physical. In my mind, I was like, how much money was this guy scammed for?

So, that is one of the biggest challenges that we face in terms of this lack of awareness, this lack of education. I must say that at TokoCrypto, we are very different from our fellow business players within the industry. We have a huge emphasis on education and awareness. Multiple programs, applications that focus on awareness. T-Hub for example, is our commitment to making sure that we provide a place and an avenue for people to learn more about this new technology, what they can do with this technology. And most importantly, that Bitcoin is not a coin! 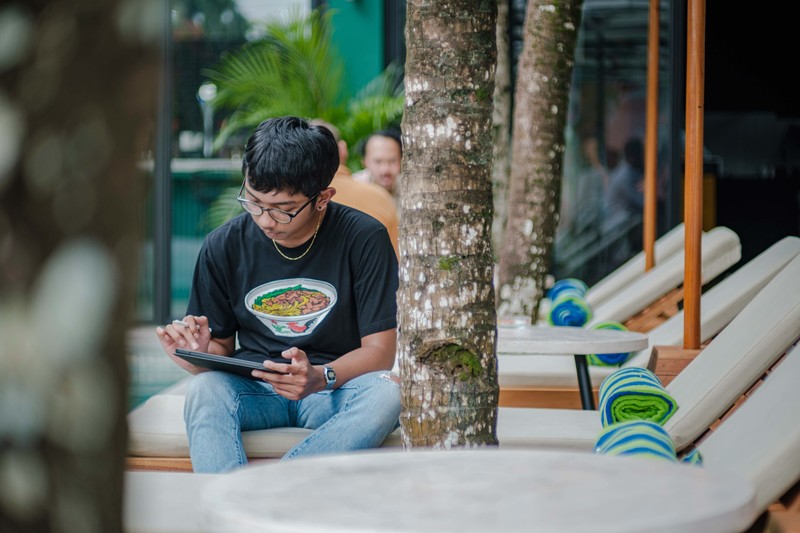 The T-Hu is a very interesting concept that you guys have. It’s a physical bricks and mortar destination that you have developed in Jakarta and now also in Bali in January. It’s interesting for a tech company with products and platforms online to create a physical space. What’s the thinking behind this? Why create a bricks and mortar destination for a blockchain business?

Fantastic question. One of the important drivers for us creating this space is that people still relate to physical objects. People still relate to physical presence, especially based on the observations that we have for Indonesia. So ’In Real Life’ events and networking opportunities are still very important. As ironic as it is, there are people who will not be able to understand that Bitcoin exists in the digital world unless they are physically educated that Bitcoin coin is not a coin. That it exists as data.

For people who are interested to get into the space, but do not know what to do or where to go… now they have a hub for them to be able to go and learn in a controlled environment, because it’s a brave new world, right? You’ve got to provide the necessary life support for people to grow.

It’s also very important for like-minded people, who are already aware and educated in the field, to link up and meet, as this industry will be determined by the success of its business players. It’s very difficult to exist as a silo. A company that is interested to building a product will need to connect with developers. We need to connect with advertisers, with marketing, with funds in order for it to grow in order for it to  reach mass adoption. If we can start seeing that there are new people that want to learn about crypto coming in, that’s one of our key success factors. The T-Hub is ultimately not a revenue driving business for us, it’s a cost centre which we are willing to commit resources to. 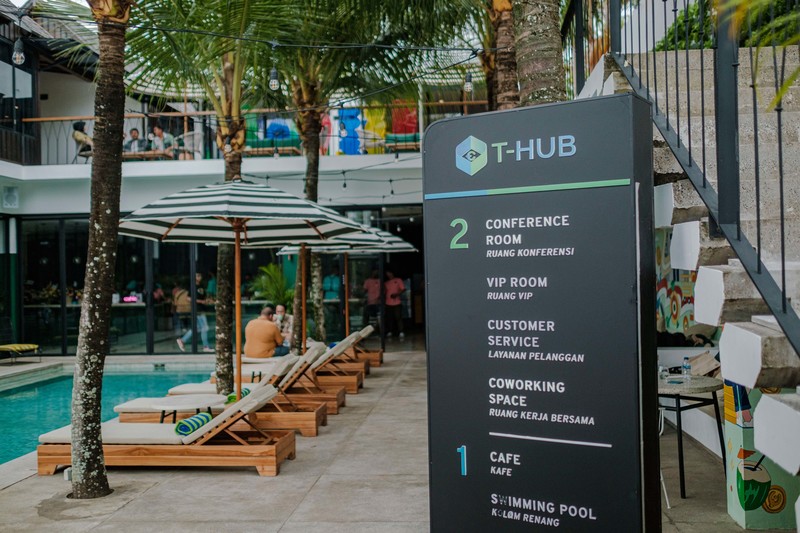 TokoCrypto has a huge ecosystem already, are there any other platforms or developments that you see helping to grow Bali’s, or Indonesia’s, digital economy? Which in turn will help to diversify job opportunities across the board.

So we have our exchange, our NFT platform, our T-Hub. One of the most exciting, upcoming developments is our program in collaboration with BRI Ventures called, called TSBA, which is an accelerator program for blockchain-related startups in the field of gaming, centralised and decentralised finance, impact projects and NFTs. Through this we provide guidance, workshops, partnerships and investment possibilities.

There’s a booming and growing interest from traditional venture capitalists to enter the blockchain space and so I see that as promising for future entrepreneurs of Indonesia to be able to access capital and fund them to enter the market. We also have the Toko Launchpad which helps others achieve Initial Dex Offering (IDO).

When we start seeing more business players coming in – not just coming in, taking the money and go – but coming in, build products, build platforms, build ecosystems that are successful and are built for longterm sustainability, then the entire industry can grow and benefit. The benefits of blockchain technology can be huge, especially for the population that most needs it.

You’ve written before that crypto is a financial democratisation movement that is threatening the dominance of fiat currency. But you’ve said the ball of it’s future is really in the regulator’s court. Are you optimistic on regulator’s in Indonesia making the right decision for the blockchain industry?

I have to be optimistic! Being one of the first countries that had regulations for the Crypto-Exchange space, and the fact that President Jokowi was talking about the Indonesian Metaverse, and multiple Indonesian ministries commenting positively about blockchain, makes it seem like Indonesia is on the right path. But like I said earlier, something that can benefit millions can also be a weapon of mass destruction… A smart contract is only as smart as the logic that’s coded into a smart contract.

Fortunately, the Indonesian Government does take references from other countries, countries that we can look towards, so that they can identify which direction to follow. But I do believe that it is the utmost importance to keep this space as clean as possible, and the Government must ensure that the space remains as a public, decentralised blockchain.

Find out more about TokoCrypto, or find your nearest T-Hub :
instagram.com/thub.tko