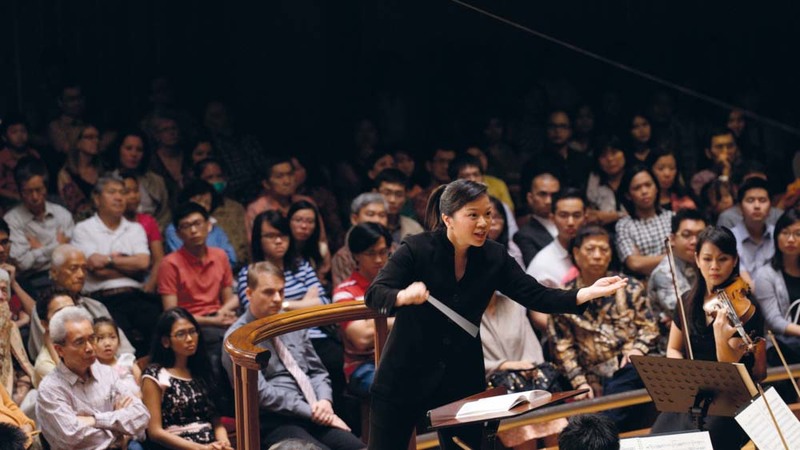 In this special interview, Now! Jakarta’s Alistair Speirs meets Rebecca Tong who has put Indonesia on the World Map in a most unlikely way. She is the winner of La Maistre Paris 2020 crowning her the best Woman Orchestral Conductor in the world.

ASG: It’s a great pleasure to have you with us. Now I know that you come from a background of some musical fame already. You have a famous father as a conductor, who probably started as a musician himself (and not sure if conductors are all musicians?) Was there any pressure on you from Dr. Steven to follow in his footsteps? (Rebecca’s father is Dr. Steven Tong a conductor of some note and the founder of Aula Simfonia).

RT: That’s a really interesting question. So I do come from a musical family. My father is really fond of classical music. He is a pastor at our church, but he loves classical music so much so deeply. I still remember when I was little, I would wake up and could hear classical music being played like all day long in our household. And I still remember when I was little, I was curious about like what type of recording he has, so I would try to find the covers or I would ask him questions. So my musical background started really, really young. My mother also plays the piano and she’s the one who taught me piano at the beginning and like every musician, I started young. But actually, my father never told me to become a conductor!

Actually, they just wanted me to pursue music. That’s his inspiration in life. He’s like what do you think about doing music? Because music is really important. And so that’s how I started my musical journey. Not until I was in college did I start thinking about the fact that I don’t want to practice five, six hours a day alone in my practice room! And if I’m becoming a performer, that’s all I’m going to do. Maybe you do some chamber music, but you still have to practice five, six hours a day. But then I really like working with people, I love teamwork and I love making music with as many people as I can. So that’s what inspired me to become a conductor. Also, the fact that I will be studying scores (the sheet music for orchestras)

ASG: In college, were you studying piano or studying music or was that on the side?

RT: When in my undergrad years I was studying the violin. Yes.

ASG: So you are a pianist and a violinist?

RT: Well I stopped piano around middle-school but I kept continuing my violin up until the end of my undergraduate studies.

ASG: So you started as a musician. How did you change over? How do you become a conductor? It seems like a huge leap to make. You’re reading one line of music for violin and suddenly you’ve got to read a score of every part of an orchestra simultaneously. It’s a huge challenge. At least sounds like it to me.

RT: In the beginning, yes, because like you said, you normally read one line or like piano, you’ll get two lines, but when I look at a score for the first time, it really fascinates me because you can see all of the different instruments and you can see all the voices and the harmony. I feel a bit more complete looking at the score and in the beginning, when I was starting to study conducting that’s how I really became fascinated by it, because then when you read one line, it’s no longer satisfying me, because you’re like, I’m missing I need to know who’s doing what, you kind of guess when you were playing in the orchestra, you’re like, Oh, okay. And the next line will be like oboe and flute, but then you’re missing, there’s something else is doing. So it enhances my ability to really look at who’s doing what, and what the composer’s trying to say with their composition. That’s another important thing that inspired me to become a conductor because for me, it’s like a letter being written and I just have to interpret it and read it.

ASG: Oh fully understood. Does that mean that you have a passion for becoming a composer as well because you’re visualizing the rest of the whole score, the different parts? Have you got to that stage as well? Now that you’ve become addicted to the complete orchestra, do you think ‘I can do this too’? I mean become a composer.

RT: Fortunately, I did take some composition lessons and I composed some pieces, but I’ve never published them or never like had them played because I feel like I’m not good enough. So I did have a little, what do you call it? Like a little hobby on the side, but I haven’t done much composition then. So that’s a whole new world.

ASG: I’m sure you got plenty of time in your career to pursue that. But when was your first major concert? Was this a nerve-wracking experience? When did you first get in front of a full orchestra with your baton, in hand and go “tap, tap, tap attention, ladies and gentlemen”?

RT: My first time in front of the orchestra would be my conducting recital in my undergrad, but the largest ensemble and the largest experience I have ever had was actually in Jakarta. I think my “conducting debut”, with the Dakota Symphony Orchestra was back in 2010 if I recall. There are also several occasions where I conducted the BBC Philharmonic. The first professional orchestra that I ever had to conduct was pretty nerve-wracking in the beginning. But once you feel the sound coming at you you’re like, this is so great. Cause, even though it was like a masterclass, at the end we have a little concert. So there’s an audience, so I would call it still a concert. But yeah it could be nerve-racking with all the sound coming at you, but at the same time, when you get used to it, it’s like you receive this great sound and you try to like change the colour into something much better, or change the atmosphere, the character of the piece.

ASG: I’ve seen a little bit of a video of you conducting, and there seems to be a great deal of passion involved. I mean some conductors are very dispassionate and are very disciplined and others get very involved in the music. It seems to me that you are totally and enraptured by the music.

RT: Thank you for that. I do really enjoy it. And I must say like when I did the La Meistre, I think people forget the fact that a lot of us haven’t been doing anything, for five, six months! So it’s an overwhelming joy when I have to conduct the orchestra, even though it’s a competition. It’s nerves, you’re getting nervous. I’m just like, this is so great. Like I haven’t conducted anything for six months and now you get to be in front of the orchestra and, you feel at home, wanting to party. So it was, it was really great.

ASG: Fantastic. What are the skills needed to be a conductor? I mean, if people want to be a conductor, they just don’t have certain skills and they have to obviously have to have perfect pitch and amazing timing. You’ve got to understand music, the history of music. What do you think are the most important factors?

ASG: Please tell us about this award. Did somebody nominate you for it? Did people come and search you out? How did it happen?

RT: Interestingly enough, like a lot of young conductors, we apply for a lot of things like auditions and competitions, you know. There are other competitions such as The Gustaf Mahler or the Malko competitions, but this one in particular really caught my eye because it’s the first internationally acclaimed or internationally publicized, organizationally. And the whole Academy goes into the La Meistre, the Philharmonie de Paris, really interests me because first of all, it is only for women conductors. The fact that also interests me is working with a French orchestra. This is something that I’ve never done before. So it’s, I feel like this is going to be a good experience. And they seem to like me they really welcomed the whole idea of conductors being women and were open about it.

So when I applied, I was just hoping to get into the final just being called. And I was grateful enough to be in the final 12 applicants. And then after that, they announced there were 2,220 people who applied, and 12 people being chosen. So I was like even more surprised, and then during the competition, I was just trying to do my best. And like I said, I was just trying to enjoy every moment of it because I’m after this week in the competition, I don’t know when I’m going to go back to conducting again, because, you know, COVID still going on. People get cancellations all the time. So I was just trying to enjoy every moment of it. So the judges are the ones who decide, who moved me on to the next round and who got me in the final.

ASG: Fantastic. Well done. Bringing pride to your country, and of course, to your family. Well, you have a most amazing concert hall (Aula Symphonia) which is sitting here waiting for the next concert. I hope that the next time I’m there, you will be the one who’s conducting!

RT: Thank you. It’s been an honour. Well, I’m really grateful that my father, Dr. Steven Tong, had the vision to really cultivate the cultural cause. He’s been waiting for so long for the government or any private organizations to build one. And then eventually he said, ”we’re doing it ourselves”. So it was by the Grace of God that Aula Symphonia Jakarta was built. It has tremendously acoustics, and this is not coming from me or my father. But coming from all of the musicians around the world that have come to like perform in our hall. So it’s, it’s been an honour truly.

ASG: And it is not only the acoustics that are fantastic and it’s a lovely place to be-full stop! And we look forward to seeing you there.

I’d like to thank Rebecca Tong, Woman Conductor of the Year for being with us in Now! Jakarta and Now! Bali. And thank you for putting Indonesia on the world stage in classical music and good luck in everything you do.

For the video version of this interview, click here! 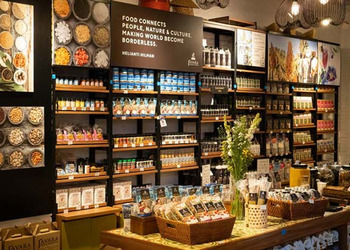