Sitting Down with the Ambassador of Canada, America, Australia, and Japan

What a year it has been for diplomacy, trade investment, international relations, aid, development, and all that ties. Every year promises to be better than the last and most ambassadors tend to be optimistic (and of course diplomatic) by nature. Here is a roundup of the ambassadors we met in Now! Jakarta this year.

H.E. Peter MacArthur arrived in Jakarta last September and sees great potential in the relationship between Indonesia and Canada. The Ambassador spoke to NOW! Jakarta about shared goals, areas of interest and his personal focus during his tenure in Indonesia. 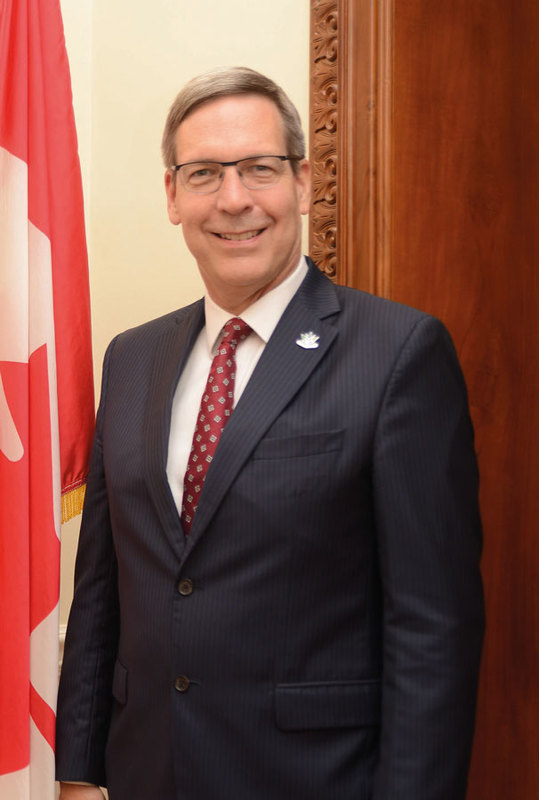 Canada has been doing a lot to support the Indonesian government, building economic foundations and more. Could you give us concrete examples?
The governments of Canada and Indonesia have worked in partnership for more than 60 years to reduce poverty in Indonesia, with Canada providing nearly $2 billion in development assistance over that period.

Over the last twelve months, Canada has collaborated with the Government of Indonesia to support sustainable economic growth and build sound economic foundations at both the national and local levels, for instance through the C$ 19 million ASPIRE project (Accelerating Sustainable Public-Private Investment for Infrastructure Renewal) to help mobilize private money to combine with public money in order for Indonesia to meet its severe infrastructure constraints, the C$ 9 million World Agroforestry Center’s agroforestry and forestry in Sulawesi project, as well as the C$ 15.5 million READI (Risk Management, Economic Sustainability and Actuarial Science Development) project, through which Canada is increasing the number and quality of Indonesian actuarial science graduates to develop a regional center of insurance excellence in the country.

Canada has also supported the promotion of democracy, pluralism and religious and tolerance in cooperation with Islamic universities in support of these values and supports grassroots efforts across the archipelago, many of which focus on diversity and inclusion.

As an embassy, we have a foreign affairs, trade and development function, and we also have a police and military and immigration presence. These are the main areas we focus on, and increasingly we are able to work together more holistically in support of Indonesian objectives.

What is your personal focus? What do you hope to achieve during your time here?
Personally, I would love to find more ways to collaborate on religious freedom. We have a long history of working together in this area, and Canada’s McGill University, which I’m a graduate of, educated many of Indonesia’s foremost Muslim scholars since the 1950s. Until today, it’s a center of excellence for Islamic Studies. Back in 1956, President Sukarno received an honourary degree from McGill University during a visit to Canada. He was the first Asian leader to deliver a speech to Canada’s Parliament during the same visit.

“The United States and Indonesia have a long and successful history of development cooperation. Our work has transformed from a traditional donor-beneficiary relationship to one that is based on a partnership and shared interests.”

H.E. Joseph R. Donovan Jr., a career member of the Foreign Service, Class of Minister-Counselor, was sworn in as United States Ambassador to the Republic of Indonesia in November 2016. 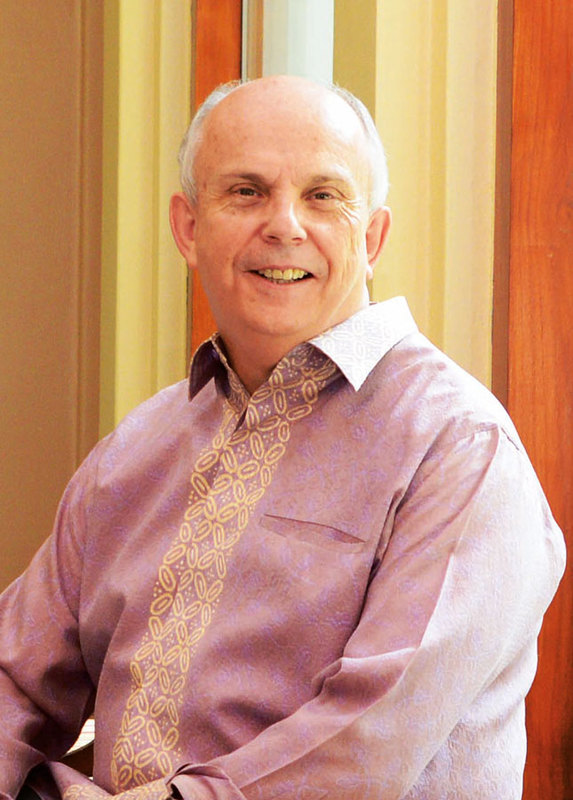 What did Presidents Trump and Jokowi talk about on the sidelines of the G20 meeting?
During their meeting at the G20 Summit, Presidents Trump and Jokowi emphasized their commitment to strengthening the United States-Indonesia strategic partnership, which is grounded in the interests and values shared by two of the world’s largest democracies. They discussed ways to expand fair and reciprocal trade between the two countries, and ways to strengthen defense cooperation. The two leaders also underscored their resolve to defeat terrorist networks in Southeast Asia and around the world, and emphasized the importance of isolating terrorists from financial and ideological support. Presidents Trump and Jokowi also pledged to continue to coordinate closely on other threats to international security, including North Korea’s nuclear and missile programs.

What are the most positive elements of the relationship today? And the most challenging?
Relations between the United States and Indonesia are stronger than ever before.  We enjoy excellent relations in many areas, including trade and investment, education, defense, and people-to-people ties. Through the Strategic Partnership, we are continuing to further expand these areas of cooperation. This cooperation is founded on our shared values, including tolerance and mutual respect, and a commitment to democracy and democratic governance. As we celebrate anniversaries of both American and Indonesian independence in July and August, we are reminded of the enduring qualities that bind us together and are enshrined in our national mottos, E Pluribus Unum and Bhinekka Tunggal Ika, both celebrating our rich diversity and meaning “out of many, one.”

As Vice President Pence discussed during his very substantive conversations with Indonesian leaders in April, we think we can do more to ensure trade and investment relationships that are free and fair, that spur job creation and economic growth for both parties. During that visit, American and Indonesian businesses signed over $10 billion in trade and investment agreements, a signal of the appetite on both sides for stronger economic ties. We will continue to work to open opportunities for mutually beneficial engagement that provides benefits to both of our countries.

Australia and Indonesia are close neighbours and have a lot to offer each other. According to H.E. Paul Grigson, Ambassador of Australia to Indonesia, who arrived in Jakarta in January 2015, the two countries have many shared interests and a common approach to regional security and prosperity. He is very optimistic about 2017, when Indonesia and Australia, as the region’s two largest economies, will finalise a free trade agreement and he’ll have visited all nine Wali Songo. 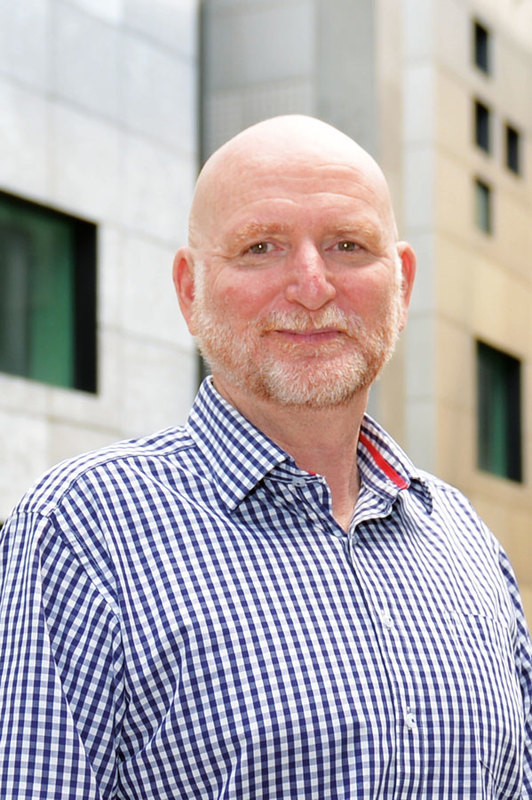 How would you describe the relationship between Indonesia and Australia in one word?
Enduring.

What do you think is the main pillar of this relationship?
Mutual respect.

Indonesia and Australia have had quite a few differences in the past, including the Bali Nine executions, the spying scandal and the heated discussions about beef export. How do you get past these “disagreements”? What needs to be done to avoid them?
Focusing on strengths in the relationship and continue the two-way communication that is already in place. Australia and Indonesia have more things in common than we think. We complement each other. I focus on the positive and continue to build on the accomplishments we’ve achieved in the relationship.

You have been in Indonesia for two years now. If you look back, what do you think are your biggest achievements?
In the past two years, I have seen the relationship grow from strength to strength. Australia continues to support Indonesia’s priorities in various sectors. The “Saya Perempuan Anti Korupsi” (SPAK) program, which recently won the inspirational PR award, demonstrates a great partnership between Australia-Indonesia. The program educates women and children to prevent corruption.

What will be your main focus for 2017? Do you have any personal goals you would like to achieve during your time in Indonesia?
I’ll be focussing on building up relationships to assist the number of young business entrepreneurs in Indonesia and Australia, particularly in the creative industries.

Personally, I look forward to completing my pilgrimage around the nine wali songo. I have now visited six of the nine. Travelling around the provinces is also a good opportunity to try more Indonesian delicacies, such as rawon, serabi, martabak manis and nasi jamblang.

H.E. Ishii Masafumi began his tenure as Ambassador of Japan to Indonesia earlier this year, but his history with the country dates back to the 1990s. 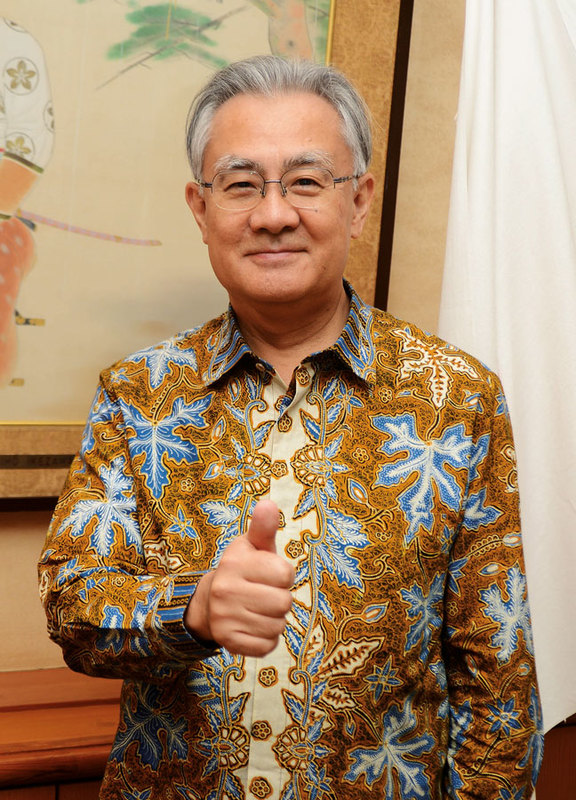 You have been in Jakarta as Ambassador since April. How have you settled in so far?
I have settled in very well, I think. As you can see from our website, returning to Indonesia felt like coming back home as I have been here before in the late 1990s and enjoyed it very much. Japanese people who have worked in the field of Japanese-Indonesian relations seem to keep coming back, because Indonesia has a certain charm.

You came to Indonesia again in 2011 to attend the ASEAN Regional Forum Disaster Relief Exercise, only two days after the Great East Japan Earthquake. How have Indonesia and Japan worked together in this regard, and does the collaboration in this particular field still exist until today?
Indonesia and Japan have many things in common - including having experienced natural disasters. Our cooperation in this field is mutual. When Indonesia was hit by the Tsunami in 2004, Japan was quick to help. In return, in 2011, we really appreciated the support from the Indonesian Government and its people in response to the Great East Japan Earthquake. We supported the establishment of BNPB, the Indonesian National Disaster Management Authority. We also dispatched relief teams on multiple occasions, for instance when the AirAsia Indonesia plane crashed in December 2014. When another earthquake struck Aceh in December 2016, we were among the first to offer assistance as a foreign government. Japan is also supporting the AHA Centre, the ASEAN Coordinating Centre for Humanitarian Assistance on Disaster Management, both technically and financially.

But as I said, our cooperation is mutual, and the exchange of knowledge is crucial. Japanese experts have been studying the volcanic eruptions of Mount Merapi for years, and it helped us to prepare and learn how to handle unexpected natural disasters, for instance when Mount Unzen in Kyushu erupted in 1991.

During your tenure as Ambassador in Indonesia, what areas would you like to focus on?
There are almost 20 000 Japanese people living here, and around 1800 Japanese companies are operating in Indonesia. As the Ambassador of Japan to Indonesia, my most important task and priority is to protect their safety and promote their prosperity.

I think Japan and Indonesia share a mutually beneficial relationship. Therefore, it is also my responsibility to strengthen this relationship: to promote Japanese investment in Indonesia and asking the Indonesian Government to introduce investment-friendly regulations and conditions. It is a win-win situation, since it will encourage Japan to further invest in Indonesia, while at the same time, Indonesia does need foreign investment to progress even further.