The Champion of Multimedia Theatrical Storytelling

When Brigitte Schär takes to the stage, she owns it. As soon as she steps into the limelight, she is a writer, a singer and a performer all at once. 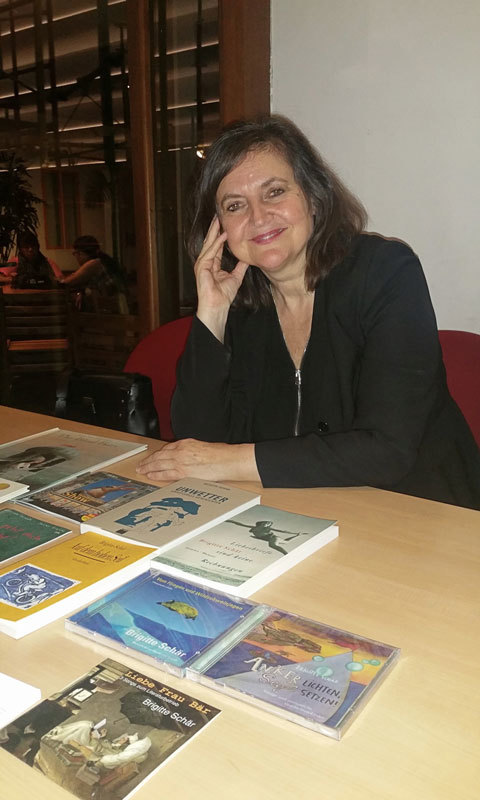 The 59-year-old started her career as a storyteller in 1988 in Switzerland and has been performing worldwide since. On her way to this year’s Ubud Writers and Readers Festival in Bali, she stopped by in the capital to showcase her multimedia theatrical storytelling skills to a mesmerized audience. Her performance is based on her own books “The Singer”, “The Blind Fairy” and “Stories of the Roll and the Rest”, and it also included her illustrated video “Death and Life”.

Schär studied German Philology, European Folk Literature and French Literature before working as German teacher and doing voice recordings in the studio. At the same time, she began making more and more public appearances as both singer, strongly influenced by jazz, and artistic performer.

Schär has written numerous books for both adults and children and received numerous awards, including the Swiss Children's Literature Award 2011. Her books have been translated into 16 languages, and some were adapted for theater plays and radio. As a solo performer, she has been invited to the United States, Canada, Asia and almost every country in Europe.

The Swiss performer has been involved in many multimedia projects related to dance, theater, video, and film. As both a writer and an artist, Schär seeks to create an original link of her own literary work to theatrical “reading-performances” and “concert-readings” for both adults and children. 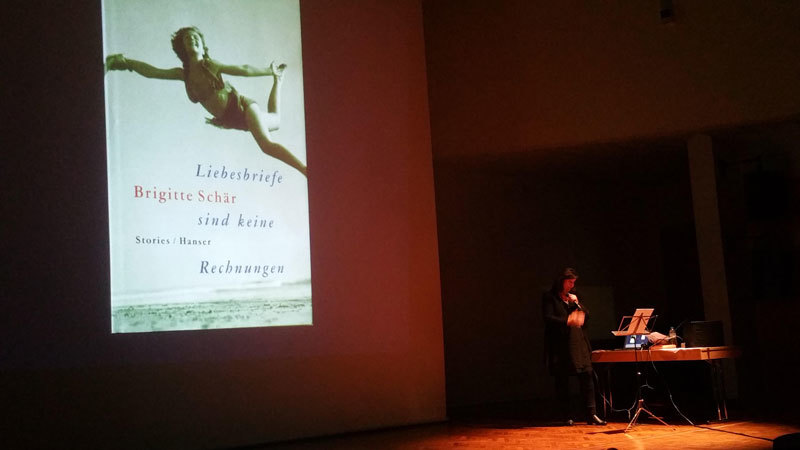 Her appearance at the Goethe-Institut Jakarta in October definitely triggered the audience’s imagination as soon as she entered the stage and started to tell perform. It was an amazing one-woman-show, during which Schär was speaking, rapping, singing and impersonating the characters of her stories. At the same time, she maximized the tool of multimedia to turn her performance into an entertaining and fun experience.

Many people in the audience seemed taken aback by the multi-talented Schär and her jaw-dropping performance. After the show, some were heard arguing about Schär’s profession - was she a singer, a storyteller, a writer? In the end, it becomes clear that she is all of these things and more: a performer in the truest sense of the word.

Schär took the time to speak to NOW! Jakarta after the show.

What was your motivation to become a multimedia storyteller?
First I was a singer, and then I slowly began to combine my music with my literature. My background as a jazz singer and in experimental music, combined with my abilities as a writer, made me think about uniting music with literature. I didn’t just want to sit on a stage and read from my book - that seemed quite boring to me, and people can do that on their own. It is especially important to do something different when you have children in the audience, to surprise and entertain them with my stories, so I present my book by using different voices and sounds, and creating songs as well.

What is your vision as a storyteller?
There’s a lot going on in the world right now, and it can be frustrating. At the same time, it gives me many potential topics to talk about, but in a poetic way. I’m grateful to be able to perform in many different countries. As an artist, it is really exciting when people are waiting for you to come on stage, to perform, and I enjoy traveling around the world. 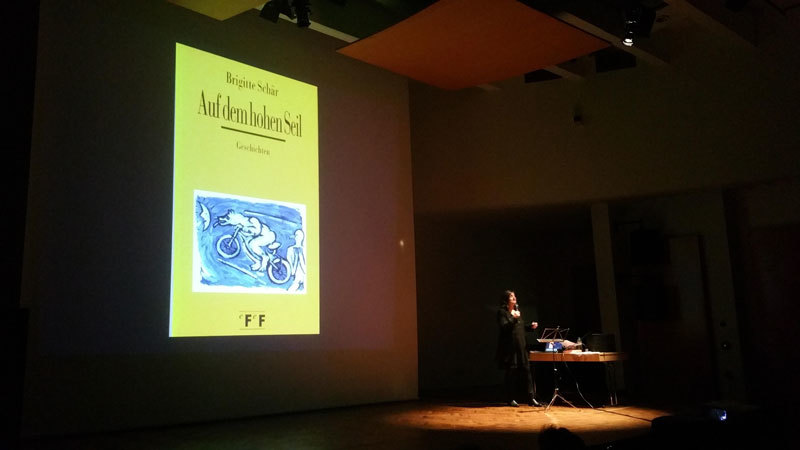 How long have you developed this particular performance?
I started coming up with the concept maybe 20 years ago. It was quite challenging at the beginning because I wasn’t sure if my literature really needed music. But I learned to combine both, and the process was a long one. In theater, you always work with a director, but I direct my own show, do everything by myself. That way, I am free to tell my story the way I want to.

Have you ever had a bad experience as a storyteller?
As a performer, you have to factor in the possibility that the audience might get bored. One time, I was on stage and realized that I had been at it for two hours, but the people were still there. I was wondering, are they really still listening to me? [laughs] It is different with children, as they have a short attention span and are very active. That’s why I turned my books into multimedia CDs as well.

Do you know of any other performers in Switzerland who do what you do?
I don’t think there is anybody out there. Of course, there are other storytellers, but my style is quite unique. I have created it myself and have perfected it for many years.

Where are you going next?
I will go to Bali to perform at the Ubud Writers and Readers Festival. Afterwards, in November, I am scheduled to go to Chile and Uruguay for a presentation about art and storytelling.