What a year it has been for diplomacy, trade investment, international relations, aid, development and cultural ties. Every year promises to be better than the last and most Ambassadors tend to be optimistic (and of course diplomatic) by nature. Here is a roundup of the ambassadors we met in NOW! Jakarta this year. 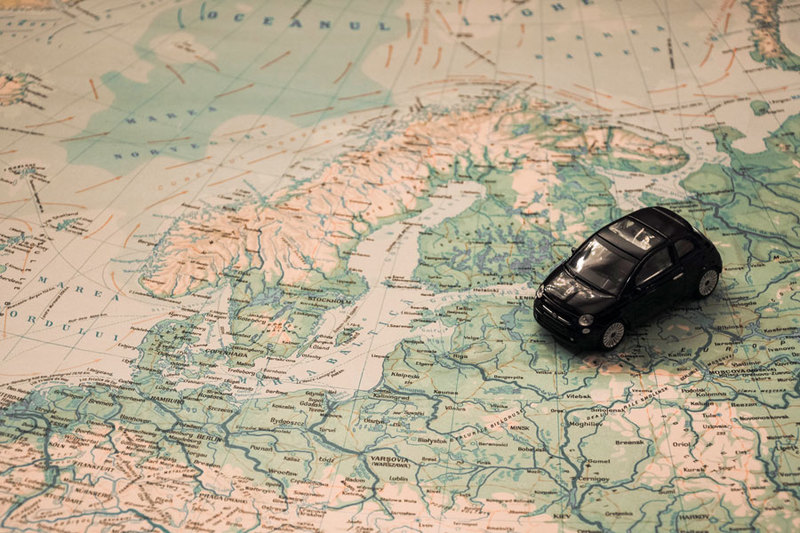 Ambassador Kyle O’Sullivan came to Asia for the first time in 1988, when he worked in Hong Kong and later in Beijing for a couple of years. After short stints in Dublin and spending some time in the Middle East on various jobs, his first Ambassador post saw him relocate to Nigeria, West Africa. When the Irish Embassy opened in Indonesia 2 1/2 years ago, he moved to Jakarta together with his wife and children. 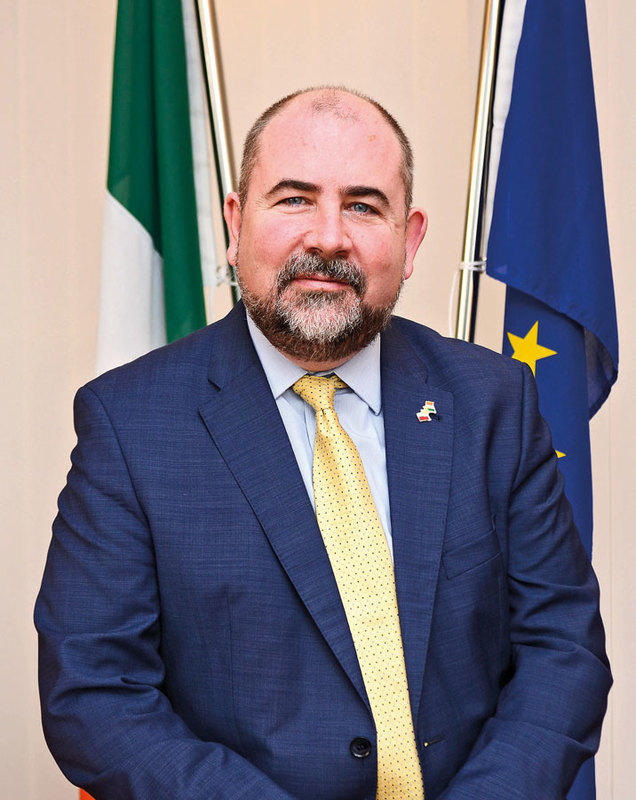 How far does the relationship between Ireland and Indonesia go back?

Not very far, actually. We are one of those countries which have had a very light history with Indonesia. Ireland historically traded with Malaysia, Singapore and the Philippines, with China and Australia, but Indonesia is a new partner for us. Looking at historical links, there have been a few visitors and missionaries from Ireland here over the years, and some traders in and out. The best known and longest-standing Irish product is probably Guinness. But up until recently, we did not have much of a presence here and also not much of a history, so I guess we are the new kids on the block.

What are your main areas of interest in Indonesia?

What we need to do here is to introduce Ireland to Indonesia, so our work is a lot about profile-building and letting people in Indonesia - government, business and education - know who we are and what we do and where there would be some possibilities for mutual benefit. At the moment, we focus a lot on tourism and education which are usually the fastest ways to introduce a country.  Trade and investment sometimes take a little bit longer. Tourism has picked up a lot, in both directions, and education as well. In terms of exports from our side, aviation leasing is quite big at the moment. More than half of the aircraft leased in Indonesia are leased out of Ireland. It’s a niche business, but Ireland is actually the world centre for aviation leasing. The other exports tend to be around food and food ingredients. You don’t see too many consumer food products from Ireland here yet, as it mostly business-to-business. Beyond that, we have quite a trade at the moment in terms of medical devices, software and things like that.

H.E. Patrick Herman, Ambassador of Belgium to Indonesia for the past 2 1/2 years, recently talked to NOW! Jakarta about the relationship of the two countries on a political, economical and cultural level. 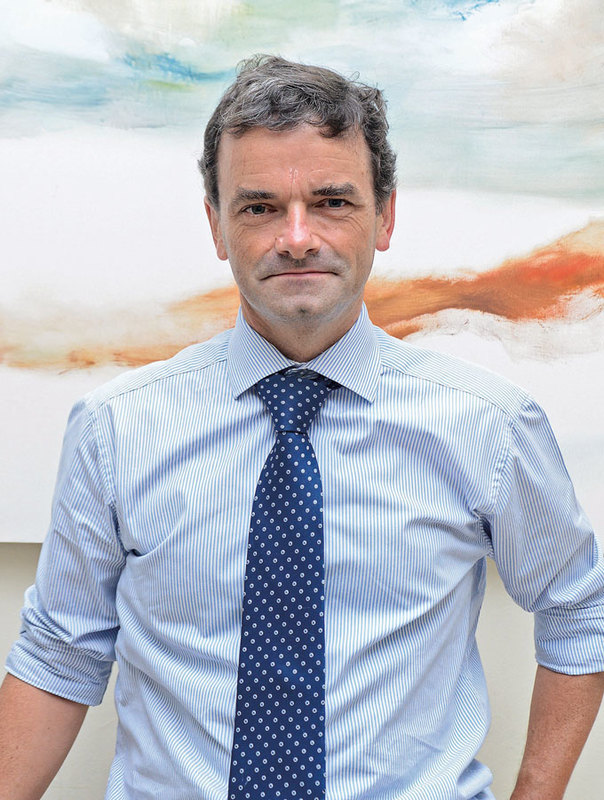 Please tell us about the most important events for you since we last met in March last year?

The Visit of Princess Astrid of Belgium in March 2016 was the most important recent event. She was head of a delegation of 350 participants which included business people, university delegates and government officials. It entailed very fruitful events on maritime matters, “green tech” and smart cities, not just in Jakarta but Bandung, Karawang and Bekasi. The major focus was on economic aspects plus technology, but overall it was especially good for our image and for the image of Indonesia in Belgium.

Then of course was the visit of President Widodo to Brussels, including a special visit to His Majesty the King, with five or six ministers involved. This was a precursor to the upcoming State Visit on 10th October 2017, the highest type of visit, and this is special because it includes the opening of Europalia Indonesia 2017, a huge event showcasing Indonesia in 50 towns and cities in Belgium, France and Netherlands. Europalia encompasses a whole range of artistic events, including visuals arts, sculpture, music, theatre, wayang and more, even including fashion and gastronomy.

Europalia 2017 will start on 10th October 2017 with a State Visit by President Joko Widodo. Tell us more about this huge event in Belgium.

Europalia is an Art Festival that has taken place in Belgium and neighboring countries for 47 years. It attracts between 500,000 and 1,000,000 people every two years and has events ranging from 200 to over 300 depending on the sponsoring country. In 2017 it will be Indonesia that is featured and will consist of four elements: Heritage, Contemporary, Exchange and New Creations across the various disciplines: exhibitions, dance, theatre, music, literature, cinema, conference... It is organized through a dialogue between the Guest Country and the Europalia Working Committee, with leadership selected by the Ministries involved and very senior curators appointed for the disciplines from both parties. With the main exhibitions taking place in Brussels, but with performances and exhibitions taking place in 50 cities in the region, we are confident that Indonesia’s gift to the world in art and culture will be very well promoted.

For more than seven decades, Indonesia and the Netherlands have maintained a close relationship. A new milestone was achieved when both countries signed a Joint Declaration on a Comprehensive Partnership Agreement in 2013, which signified the plans of a more tangible partnership. Not only is Indonesia the Netherlands’ strategic trading partner, but both countries also share deep cultural ties and a special bilateral friendship, according to H.E. Rob Swartbol. 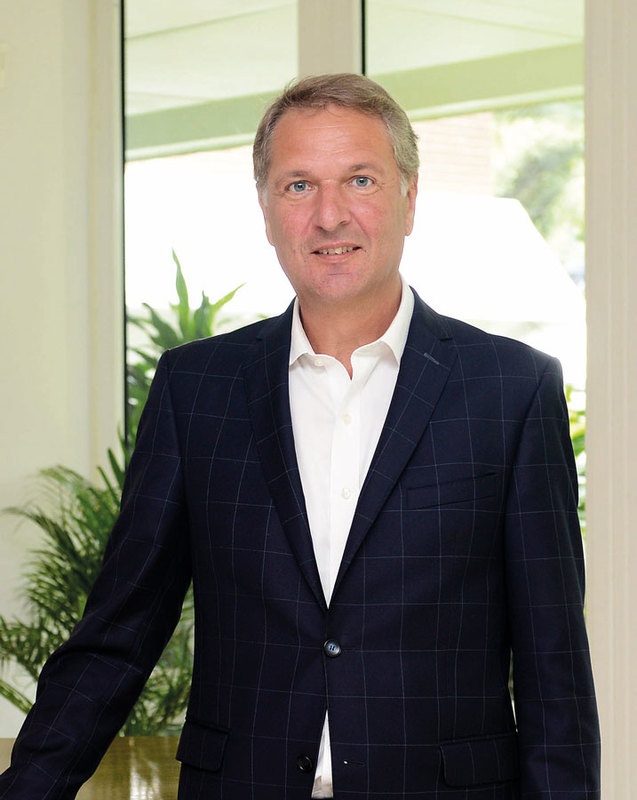 There has been quite a lot of Indonesia – Holland interaction recently. The most important was the visit of the Prime Minister of The Kingdom of The Netherlands Mark Rutte. Can you please give us an overview of the main results of his visit?

The visit of PM Mark Rutte last November was the follow up of President Jokowi’s visit to the Netherlands in April 2016. Along with Minister Lilianne Ploumen for Foreign Trade and Development Cooperation, Minister Melanie Schultz van Haegen for Infrastructure and the Environment, Minister Sharon Dijksma for the Environment, as well as 200 Dutch businessmen and women, the visit focused especially on agriculture and environmental issues, waste management, infrastructure and maritime among other issues. As result, we had 35 MoU signed and plenty concrete business deals between Indonesian and Dutch companies. PM Rutte not only stayed in Jakarta, but also visited Semarang to see the Dutch cultural heritage and to inspect the water management project on Banger River. It has been reorganized by the Dutch with a new water management system using a flood-mitigation system, which is already implemented in the Netherlands. So overall, the Prime Minister was very happy with his second visit to Indonesia.

Part of PM Rutte’s visit was the green waste bank system, how is the follow up to this programme?

There was an MoU signed about waste management cooperation between Indonesia and the Netherlands. In March, several young bright Dutch people who also met the PM during his visit went to Bali to present their plans for ocean waste management system. The plan of one of them, Boyen Slat, is to build very long artificial arms to get plastic waste out of the sea, which is important because much of the Indonesian water is in an alarming condition today due to pollution. The week after, delegations from Indonesia went to the Netherlands to talk about their plans to transform waste into energy. We believe that in order to make this programme sustainable, sharing knowledge between the two countries is very important.

Ambassador Jean-Charles Berthonnet arrived in Indonesia in October last year, but even though he is still relatively new to the country, the veteran diplomat has a lot on his plate already - especially since Indonesia and France have agreed on plenty of new projects as the result of French President Francois Hollande’s visit to Jakarta at the end of March. 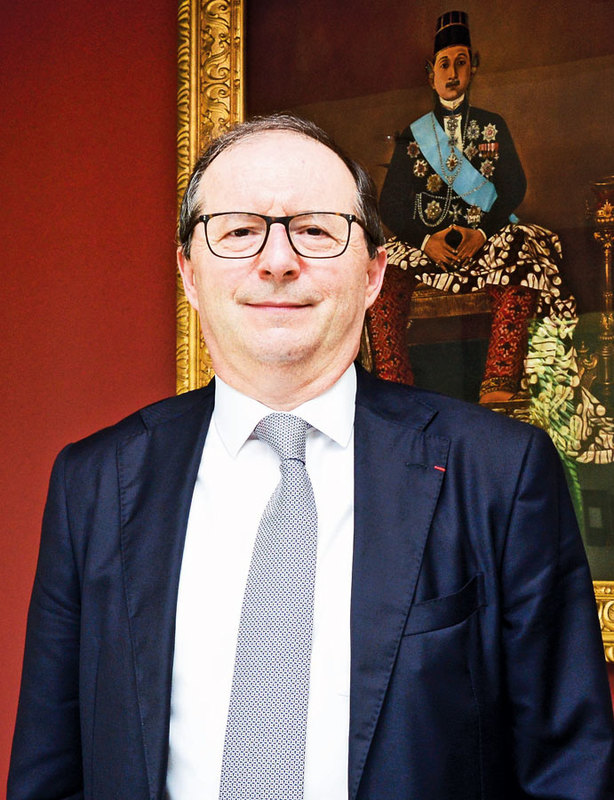 The most important agenda of the Embassy so far this year was the visit of French President, Francois Hollande. Could you tell us more about the main results of this visit?

First of all, I appreciated the helpfulness of our Indonesian counterparts during the preparation of President Hollande’s visit last month. We are of course quite happy that the event was a success. 35 agreements were signed, which will lead to investments of up to 2.6 billion dollars in Indonesia. This implies a promising future for bilateral relations between Indonesia and France. Both Heads of State, President Hollande and President Jokowi, discussed of political cooperation, including how to improve our work in environmental diplomacy. This is especially important because Indonesia has ratified the Paris Climate Agreement last year, and the country has the wish to increase the share of its renewable energies. We are working on several projects at the moment to help Indonesia achieve this goal. The President also expressed his commitment to help Indonesia overcome the challenges currently faced by its palm oil industry as it is an important issue here. President Hollande put forth several proposals in the defense sector, for which Indonesian government expressed its interest.

Three MoUs were signed in the creative economy sector to promote collaborations in fields such as cinema, fashion, digital industries, as well as video games. I’m also happy to announce that an Indonesian film will be aired next month in Cannes, and we are looking forward to a closer partnership between our national film industries as France’s National Center of Cinematography and the moving image (or CNC) has signed an agreement with BEKRAF to increase the exchange of culture and knowledge in this field. These are relatively new and dynamic sectors undergoing a rapid development, and President Hollande expressed his excitement to see the implementation of these projects. I think Indonesia and France already have solid relationship, the President’s visit undoubtedly strengthened the ties between the two countries.

The German Ambassador, H.E. Michael Freiherr von Ungern-Sternberg, arrived in Jakarta in September 2016 after a three-year tenure in Tehran, Iran. NOW! Jakarta met the Ambassador for an interview where he spoke at length about German-Indonesian relations. 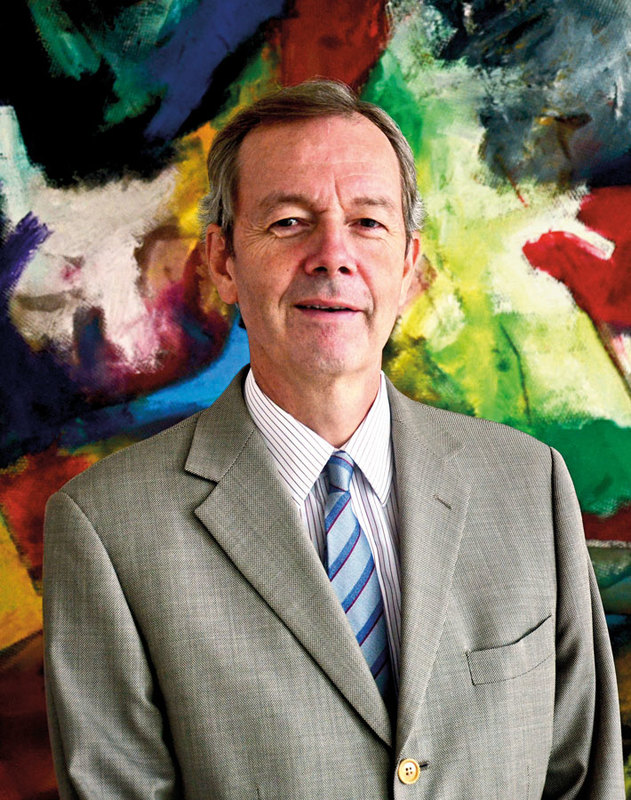 What would you say are the main pillars of the relationship between Indonesia and Germany today?

In the age of globalization, Indonesia plays an important role as the fourth most populous country in the world, the largest economy within ASEAN and a G20 member. In the UN context, Indonesia is very engaged in peacekeeping and is ready to show responsibility for global issues. It is seeking election for non-permanent membership of the United Nations Security Council for the period of 2019-2020. Germany, incidentally, is a candidate for the Security Council for the same term. Indonesia also plays a very important role when it comes to climate. Therefore, we look at Indonesia as a strategic partner. We have many values that we share, for example in the areas of human rights and democracy.

On the political side, we have developed an intense exchange on security policy, terrorism, extremism, interfaith dialogue and safeguarding global goods like climate and environment. Indonesia’s full involvement is needed! We all know how important this huge country is in terms of harnessing the challenge of climate change.

These days, trade in Europe is not solely a matter of national sovereignty; it is very much covered by the European Union. The trading volume between the EU and ASEAN is an impressive EUR 208 billion. But there is clearly potential for much more. We would like to see trade liberalisation with ASEAN and at this stage are strongly focusing on agreeing with individual members of ASEAN, including Indonesia, on improving  the trade and investment environment through CEPA (Comprehensive Economic Partnership Agreement). We are in the midst of negotiations and are pursuing this with great energy. 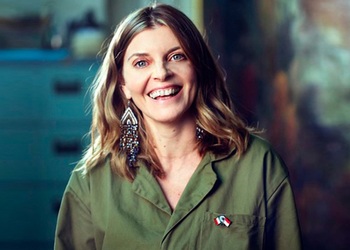