Spinning Plates: Balancing Indonesia's Many Economies All at Once 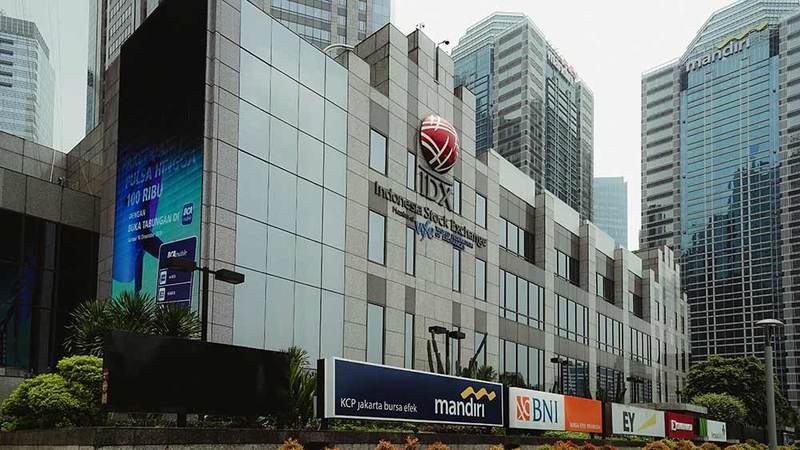 The economy of Indonesia is the largest in Southeast Asia and is one of the emerging market economies of the world. As a “middle income” country and member of the G20, Indonesia is classified as a newly industrialised country. It is the15th largest economy in the world by nominal Gross Domestic Product (and the 7th largest in terms of GDP based on Purchasing Power Parity). But what does that mean to the average person, and is that the same for people in Jakarta and those in the outer islands? As we will see there are very much two or even three separate economies in Indonesia, with the vast majority of the population sitting uncomfortably in the lowest level. There are still many key questions to be answered, let’s look at them.

Estimated at US$40 billion in 2019, Indonesia’s Internet economy is expected to cross the US$130 billion mark by 2025, and is the much hyped and very heavily funded sector that is everyone’s darling at the moment, with the Indonesian unicorns and decacorns, lauded around the world and seemingly able to raise billions of dollars in equity with ease. But are they actually beneficial to the overall economy or just brilliant wealth creators for their owners?

At the same time, Indonesia depends heavily on domestic market and government budget spending and its ownership of state-owned enterprises (the central government owns 141 enterprises) which are given priority- and often monopolies- in infrastructure, power, utilities, mining, fuel and many other key sectors. Is this a healthy balance? We think not, given the President’s recent warning to all of these BUMNs to shape up or ship out. Strong words indeed, then followed up by placing an entrepreneur in charge of the SEO ministry, but still we have Garuda, Krakatau Steel and other SEOs struggling to survive and being given life-saving injections, perhaps against the policy guidelines? 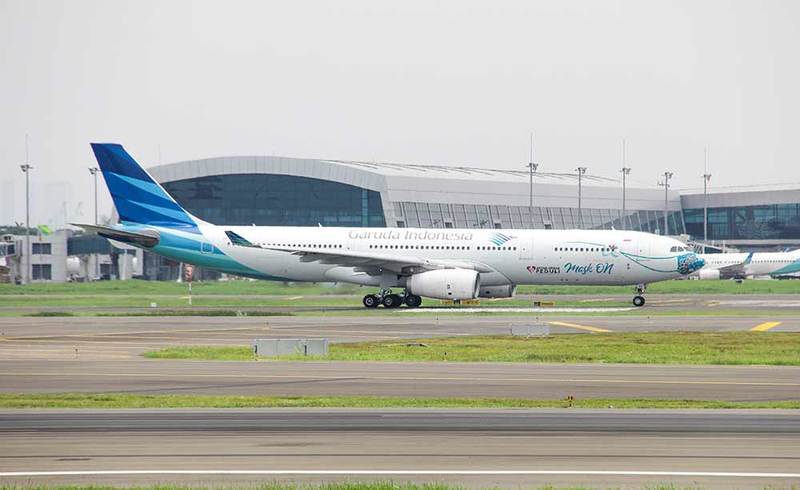 However, in contradiction to most market economies, the administration (read control) of prices of a range of basic goods, including the critical rice and electricity sectors, also plays a significant role in Indonesia’s market economy. Which leaves too much uncertainty in business leaders’ minds. The recent interventions in cooking oil prices and the mandatory supply of coal to power stations at “domestic” prices ie. less than export prices, left consumers happy but business less so. Subsidies, such as the former, extensive and completely anti-free-market subsidy for petrol for vehicles have been very common, and lead to serious imbalances and of course accusations that somewhere, someone is making a lot of money at taxpayers’ expense.

In the aftermath of the 1997 Asian financial crisis, the government took custody of a significant portion of private sector assets through the acquisition of nonperforming bank loans and corporate assets through the debt restructuring process, under the bank restructuring scheme BLBI and the companies in custody were sold for privatization several years later. Many, it seems, back to the original owners at considerable discounts, again doing no favours to the taxpayers. However, since 1999, the economy has recovered, growth has accelerated to over 4–6% in recent years and in 2012, Indonesia replaced India as the second-fastest-growing G-20 economy, behind China. Since then, the annual growth rate has fluctuated around 5%.

However, Indonesia faced a recession in 2020, when the economic growth collapsed by −2.07% due to the COVID-19 pandemic. This was the worst growth since the 1997 crisis. In this case there are no fingers to point except at the corona virus. However, quite a number of analysts including the World Bank, predict that Indonesia is going to be the 4th largest economy in the world by 2045. President Joko Widodo has stated that his cabinet’s calculations showed that by 2045, Indonesia will have a population of 309 million people, and there would be economic growth of 5−6 percent and a GDP of US$9.1 trillion. Indonesia’s income per capita is expected to reach US$29,000. However, since the 1990s, the majority of the economy has been controlled by individual Indonesians and foreign companies, meaning that this growth in per capita GDP does not mean that it is evenly or fairly divided to the people. 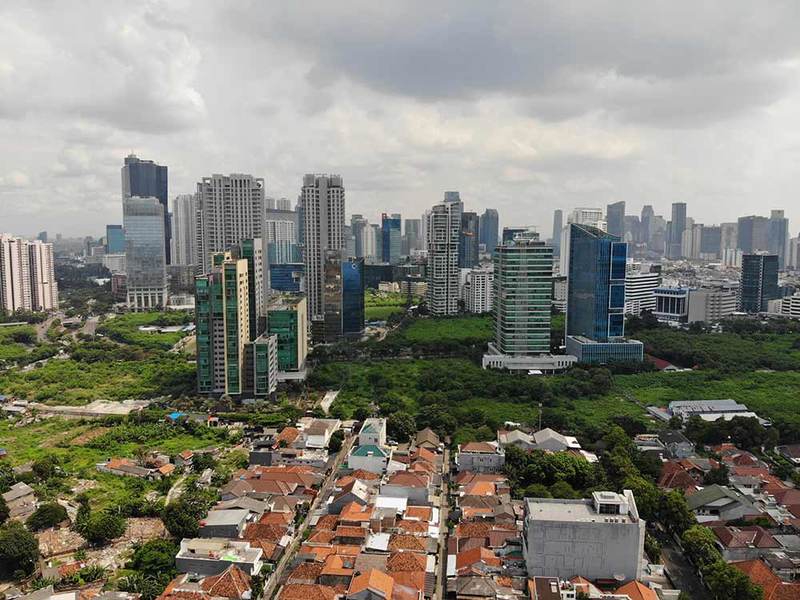 Here are some interesting statistics that begin to show the divide:

Showing that agriculture has more workers for less reward than industry and services. Perhaps not a surprise but certainly a warning, since with a total number of employees being 134,616,083 in 2020, and an employment rate of 64.5% the country needs to grow its labour force by some 2,000,000 a year to stay at this level, and which sector will be able to absorb these numbers, and more crucially, where? With a current population of 270,203,911 and some 50% of these on Java, this is a major challenge.

Now Indonesia is very proud of their rise to the ranks of the G20, but according to some analysts, this still does not equate to being a “developed” country since the GDP per capita is only estimated to be $4,538 in 2022 (or $13,981 at PPP), which is only 104th in the world, which could be described as the country being G20 but the people only G100. And within that per capita figure are some serious inequalities, which need to be ironed out quickly. Let’s take a look at this in more detail.

Economic disparity and the flow of natural resource profits to Jakarta has led to discontent and even contributed to separatist movements in areas such as Aceh and Papua. Geographically, the poorest fifth regions account for just 8% of consumption, while the wealthiest fifth account for 45%. While there are new laws on decentralization that may partially address the problem of uneven growth, there are many hindrances in putting this new policy into practice. For example at a 2011 Makassar Indonesian Chamber of Commerce and Industry (Kadin) meeting, the Disadvantaged Regions Minister said there are 184 regencies classified as disadvantaged areas, with around 120 in eastern Indonesia. More disturbingly, 1% of Indonesia’s population has 49.3% of the country’s $1.8 trillion wealth, down from 53.5%. However, it is in the fourth rank after Russia (74.5%), India (58.4%) and Thailand (58%). 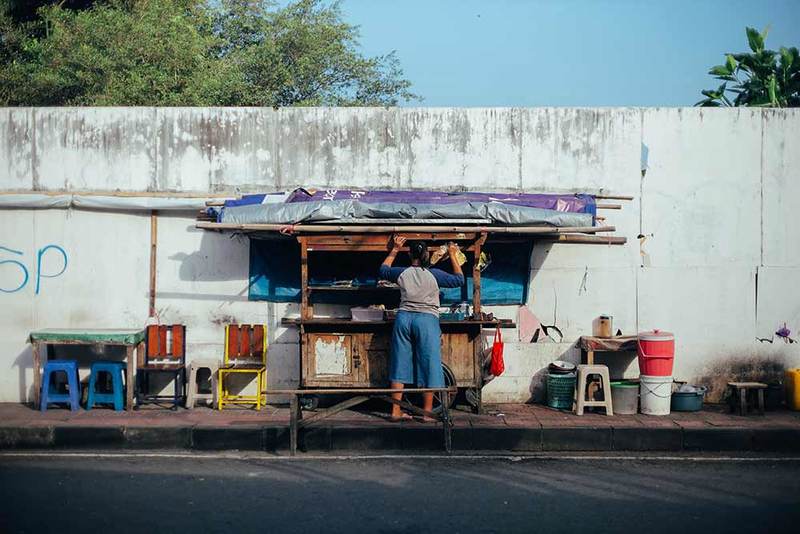 According to a serious Oxfam Report: “in the past two decades, the gap between the richest and the rest in Indonesia has grown faster than in any other country in South-East Asia. It is now the fourth country of greatest wealth inequality in the world. Today, the four richest men in Indonesia have more wealth than the combined total of the poorest 100 million people. Growing inequality is undermining the fight against poverty, putting a brake on economic growth and threatening social cohesion.

What does this mean for ordinary people? The poorest citizens – particularly women – receive low wages and face insecurity at work. Access to infrastructures such as electricity or decent roads is unequal with rural areas less provided for than urban ones. The vast majority of the land is owned by big corporations and rich people who get all the benefits. Likewise, the education system is underfunded and there are barriers to equal access, which means many Indonesian workers cannot access higher-skilled and higher-paid jobs”. If these statistics are correct, and we know Oxfam is a champion of the poor, The New Economy may well be dominated by the owners of the old economy only under a different guise.

Oxfam went on even more dramatically; “Since 2000, economic growth has taken off in Indonesia. There has been a significant increase in the country’s score on the UN’s Human Development Index (HDI), and the proportion of people living in extreme poverty has fallen from 40 percent to 8 percent. However, the benefits of growth have not been shared equally, and millions have been left behind. In the past 20 years the gap between the richest and the rest has risen faster than in any other country in South-East Asia.

In just one day, the richest Indonesian man can earn from interest on his wealth over one thousand times more than what the poorest Indonesians spend on average on their basic needs for an entire year. The amount of money earned annually from his wealth would be sufficient to lift more than 2.8 million Indonesians out of extreme poverty.”

Another factor, urban inequality, has also been rising, which presents a risk for the future as Indonesia has the highest urbanisation growth in Asia. There is also high inequality between rural and urban areas. The widening of the gap between the rich and the rest is a serious threat to Indonesia’s future prosperity. If inequality is not tackled, then reducing poverty will be much more difficult, and social instability could increase. Research also suggests that inequality is hampering economic growth. Conversely, taking action to narrow the gap could lift millions of people out of poverty, lead to a more cohesive society, contribute to sustainable and equitable growth, and help Indonesia to meet its Sustainable Development Goal (SDG) targets. 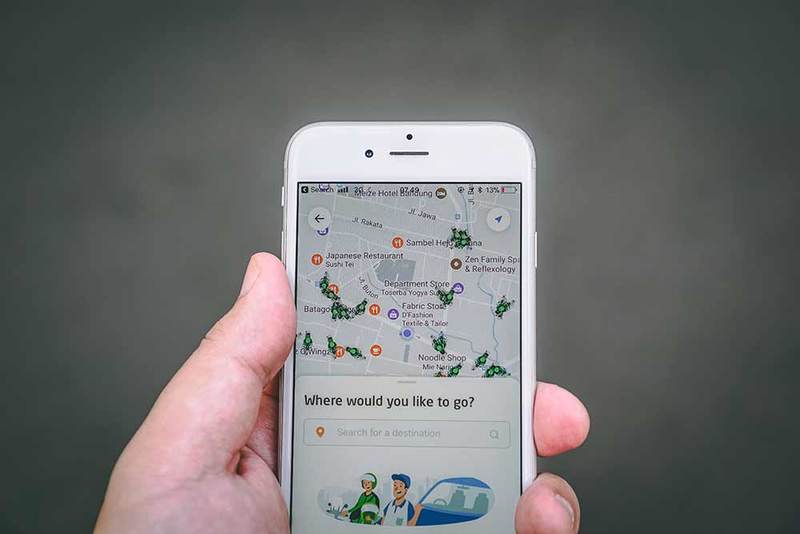 So where does this leave us? What will the New Economy look like? Will it be dominated by the old “conglomerates” or the new start up “unicorns”? An in depth look at that may reveal some serious cross-over investments in the new from the old , including inevitably, the old economy’s owners’ children, of course, who are all tech-savvy, Master’s Grads with big ideas. No problem with that as long as it addresses the wealth divide at the same time, and doesn’t just build more dynasties.

Will the SOEs continue to play a major part in the new economy? Again, for the next 10 to 15 years, that is almost inevitable, but if the government’s plan to privatize them, one by one or in sectoral groups, happens we could see rapid development of good governance and increased efficiency as we saw in the state banks. So this may be a very positive sector. But there has to be an end to price control’s and interventions, and the Indonesian people have to get used to the fact that they have to pay market prices for all their goods and services after years of being molly-coddled. Most critically the power and energy sectors have to face up to rapid and drastic transformation to get Indonesia’s commitments to the SDG goals and COP26 targets on track, and that is very, very ambitious.

But in the end, what matters for 269 million people, is that the 1million richest agree to allow their extraordinary wealth to be more equally shared among them and the current vast wealth divide is reduced through the correct development of this “new economy”. What that will mean is either a top-down strategy with the rich and the top corporations paying more tax (which no-one likes and is a serious disincentive to investment) or we go bottom-up with the minimum wage being pushed up to give more benefit to the workers and elevate more to the middle class. SES B and C (but this makes businesses uncompetitive against international markets and will also have a negative effect). So, we need a completely new way to drive this equalisation, that incentivises the rich to do more and motivates the poor to work harder. Is there one?