A World of Tradition

I love traditions. Family traditions, national traditions, anything that is traditional in the true sense of the word. I guess it’s because they give me a sense of continuity in a rapidly changing world, a sense of my roots, an idea of who I really am and where I really came from. For example, in my family, as in many other close-knit English families, it is traditional for us to speak to each other at Christmas, at another family member’s birthday, or during a family wedding or funeral. Call us soft and sentimental if you like but that’s just the way it is. 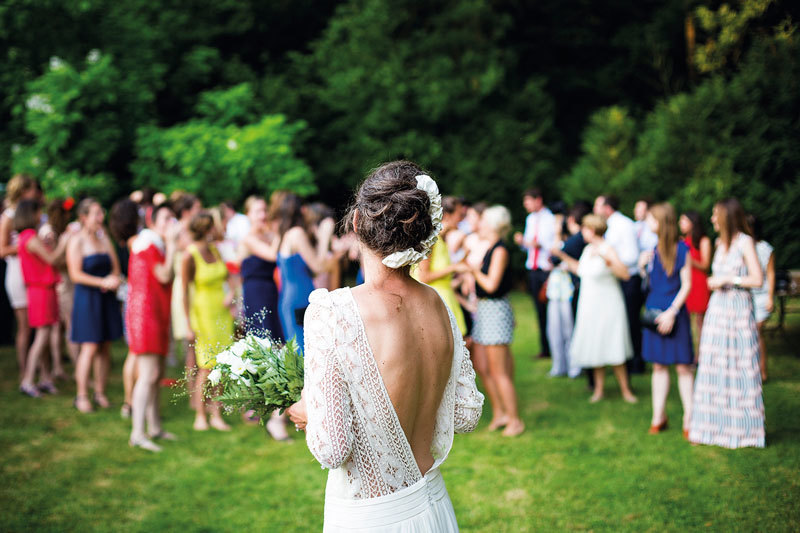 Many national traditions have been passed down through generations for hundreds and even thousands of years. A few have remained more or less the same as they were back in the day, while others have changed dramatically over time. Weddings, rites of passage and death among other human milestones are marked with ceremony in almost all cultures around the world, and some are cute while others are downright painful.

There’s a wedding tradition in Indonesia which, while not exactly painful, must surely involve a great deal of discomfort. After a man and woman of the Tidung people of north-eastern Borneo get married they are not allowed to use the bathroom for three days and three nights following the ceremony. It is believed that to do so might risk bad luck, divorce and the death of offspring at a young age. I’m guessing the wedding festivities are modified accordingly because I know for a fact that if this tradition were introduced into English weddings no marriage would make it past the reception.

Probably the most well-known tradition at English weddings is one in which all the unmarried adult females present gather behind the bride and she throws her wedding bouquet over her head. According to folklore, the woman who catches the bouquet will be the next to marry. In the 1980s, somebody tried to introduce a male equivalent of this tradition into weddings, wherein the single men present were expected to form a group behind the groom and he would throw the bride’s wedding garter over his head in their direction. Unfortunately this never caught on because all the single men were either too drunk to catch anything, too busy chatting up the newly identified single females or hiding in the toilet unwilling to demonstrate even this basic level of commitment to a relationship.

The Chambri tribe of Papua New Guinea turns young boys into men through a scarification ceremony which involves using a piece of sharpened bamboo to carve elaborate patterns into their chests, backs and buttocks to leave scars which make their skin resemble that of the brave and fierce crocodile. It is believed that this process enables a reptilian divinity to consume the boy’s youth and leave in its place the spirit of the man/crocodile that every Chambri boy should become. We have a similar rite of passage in England; teenage boys are forced by their peers to consume large quantities of alcohol causing considerable damage to their livers and greatly increasing the risk of liver disease in later life. They are then considered to be real men in their local pub until they get married.

The Dani tribe of Papua also used to have a rather bizarre funeral ritual. When a family member died, other members of the family, usually women, used to have one of their fingers cut off at the second knuckle, and the trimmings would be burned and buried near the corpse. The pain of this exercise was said to be representative of the grief they felt at the loss of their loved one. Again, we have a similar ritual in England. At funerals it is customary to drink as much alcohol as possible in order to induce a serious hangover, the pain of which is also representative of the grief we feel at the loss of a loved one.

I think it’s safe to say I would not enjoy “tradition” so much if I were Papuan.