An Afternoon With A Friend

One Saturday lunch time I was by the swimming pool at the Sari Pan Pacific Hotel in Jakarta having a beer with my friend Dominique, the hotel’s Executive Chef. As we sipped our beers and chatted, he mentioned that a friend of his had invited him to his house for a drink that afternoon but he didn’t really feel like going. After two or three more beers he suddenly felt like going after all, and insisted that I go with him. I didn’t need much persuading because I had no other plan, so we changed our clothes and rendez-voused in the hotel lobby. We climbed in to the hotel car Dominique had arranged and he gave the driver the address on a small scrap of paper. The driver read it, gave a nod and off we went. Dominique then produced two cold beers from his bag and the afternoon was off to a good start. 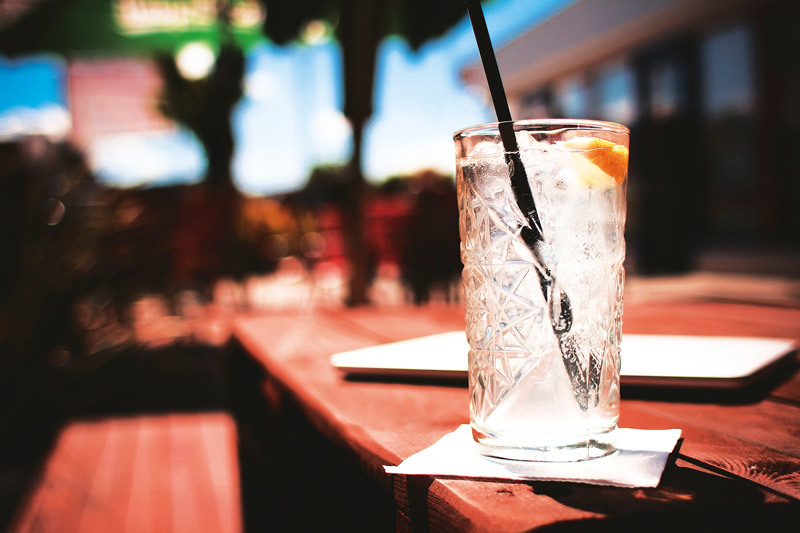 For about an hour and a half we drove deep into suburban Jakarta, passing through areas I had never seen before. Dominique and I chatted about work and football and women the way men do after a few beers, neither of us taking much notice of where we were. The driver stopped a few times to ask directions, then each time jumped back in and confidently set off in the direction advised. Eventually we pulled up outside a very large house. The driver sounded the horn and after a minute or so an inquisitive face appeared at the small opening in the high metal gate. Dominique opened his window. “Mister ada?” (Is the man of the house here?). The face broke into a smile and we could hear the clanking sound of the padlock being taken off before the gate rolled open. We entered the grounds and the driver eased the car respectfully up the gravel driveway to the huge double front door. The smiling maid closed the gate and caught up with us to let us into the house.

But the house seemed to be empty. “Mister dimana?” Dominique asked. “Lagi keluar, Mister,” the maid responded “Katanya mau pulang sekitar jam 6.” Mister was out but he said he’d be back around 6pm. It was 4.30. “Boleh tunggu ya mbak?” Dominique asked, wanting to know if we could wait. “Boleh...” said the maid, smiling politely, gesturing that we were welcome to go inside and wait.

We proceeded to the back of the house and found a large swimming pool with, to our delight, a fully stocked bar next to it. Dominique needed no further invitation. In one swift move he was behind the bar, rubbing his hands together and asking me what I wanted. I opted for a gin and tonic - not my usual but it seemed appropriate somehow given the surroundings. Dominique was on it. Within five minutes we were sitting on the edge of the pool with our shirts off, trouser legs rolled up and our feet in the water, sipping on long, cold G&Ts. The maid brought us some snacks. “So how do you know this guy?” I asked, as we basked in the late afternoon sun with our heads tilted skywards and our eyes closed. “He’s obviousy loaded.” Dominique paused to take a sip, “Actually I met him a few nights ago in a club. He’s in the oil business I think. Seems like a nice enough guy.” I was under the impression that he knew him well. “So he’s not  a close friend then?” I asked. “No, but I think I will make him one now that I have seen his house!” We both laughed. After a while Dominique extracted himself from the pool and went to find the toilet, leaving me there, lazily swishing my legs around in the cool water and looking around the manicured garden surrounding the pool.

After a few minutes Dominique reappeared. He was doubled over laughing, hands on knees. He signalled me to follow him back into the house. I pulled myself out of the pool, wondering what on earth was going on. He led me to a console table below a large mirror in the living room. The table was covered with photographs, obviously of the family who lived there. Dominique pointed to the white adult male in one of them. “You see this guy?” he asked rhetorically, then grabbed me by both shoulders - “I’ve never seen him before in my life!” It took a second for the point to sink in before my jaw dropped. Then I started laughing too. The guy in the photograph was clearly the man of the house and was not the same person who had invited Dominique to his house. We scrambled to collect our shirts, shoes and socks from the poolside, gulped down our G&Ts and ran outside. We opened the gate ourselves, jumped into the car and told the driver to get us out of there as quickly as possible. The loyal driver obeyed without any questions and sped off up the road, leaving a cloud of dust and a very confused maid behind us in a shower of gravel. It was 5.45pm, about 15 minutes before “Mister” was due to return.

I’ve often wondered who “Mister” was and what might have happened had he come home before Dominique spotted the pictures.  If you were living in Jakarta about 25 years ago and your maid explained your missing gin with a story about a couple of mystery guests in your house, she was telling the truth!