Embarking on a New Experience

“There comes a point when ‘Holy sh*t!’ applies across the board…” 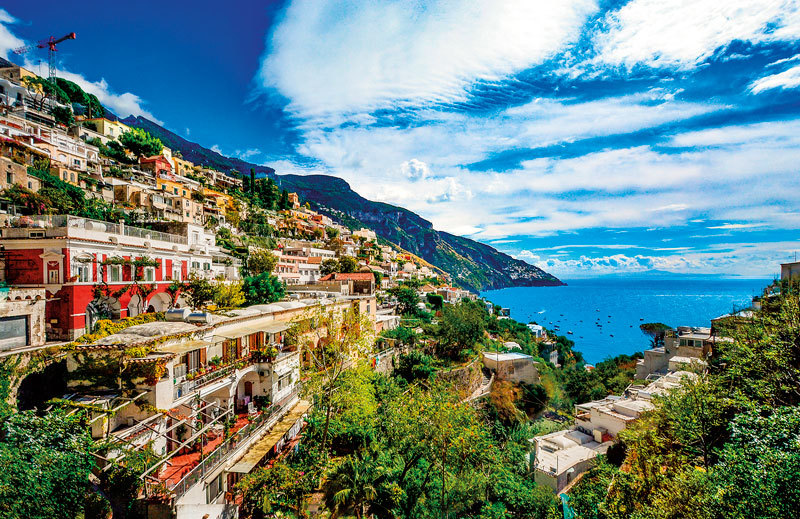 I was recently forced to do something that I have never really wanted to, and to my great surprise I found that it was actually one of the most amazing and enjoyable things I have ever done. It is something that I have avoided doing until now because I could not for the life of me understand why anybody would want to do it. It seemed like the ultimate “anti experience” to me, offering far too much organisation and a complete lack of spontaneity. I usually like to decide things last minute: I like to fly to a new and interesting place, hire a car and then drive until I find something or somewhere unusual and stop and have a look. I once drove from Geneva to Cannes just for the hell of it, and about half way there I decided to get off the motorway and take to the small roads. A couple of hours later I was lunching alone next to an ancient colosseum every bit as impressive as the one in Rome, and an entirely circular old woman from a renaissance painting was serving me a plate of cheese and cooked meats with a wonderful bottle of red wine, because that was apparently what I had requested from the hand-written menu. It was against this backdrop that I was persuaded to go on my first “cruise”. Anathema to an anarchistic hobo like me but it was only three days so I thought “How bad can it be?” and went for it. And I am extremely glad that I did.

First of all, have you seen the size of those frickin’ ships? I had previously seen them at sea and I had seen pictures in the brochures of course but I never really got my head round the sheer scale of the things. The one I was on had over 3000 passengers on board and more than 1000 crew. I apologise to all the seasoned cruisers out there if you are yawning right now and saying “Welcome to the world sonny” but I was truly flabbergasted. Apparently the largest cruise ship in the world can accommodate almost twice as many passengers, but for me there comes a point when “Holy sh*t!” applies across the board.

I always imagined that a cruise would be my worst nightmare come true; everything laid on and everything done in groups at certain times of the day, every meal timed according to your turn on the roster. And that is exactly what it is, if you want it to be. If you don’t want it to be, you can go wherever you want to go whenever you like, and you can have every meal served in your stateroom (not “cabin” old chap) for a tiny extra cost. Since we had a suite with its own balcony, every bit as nice as any five star hotel room I have ever stayed in, this was a frequent choice. (Cruising is not something you want to do on a budget – either do it properly or don’t do it at all.)

If you enjoy a nice room with a balcony that offers a new and breathtaking view every morning, cruising is for you. There are mind-boggling dining choices, and believe it or not they don’t gouge you with the price of booze – everything is comparable with the prices in any hotel, in fact cheaper than many. And the ship being the floating city that it is, you are only ever a short walk away from a variety of shows and other entertainment options. In the three days we were aboard we saw four separate West End style shows, a comedian, several bands and we even had the privilege of losing US$50 in the casino before we knew what happened. It’s a little piece of Las Vegas floating about in the sea and every so often you get to go ashore and get ripped off by the locals. I highly recommend it.