I was 18 years old when I went to what is quaintly known in England as “the Continent” for the first time. “The Continent” means mainland Europe, and the part of it I went to was Calais, France. I was so excited about my first trip abroad that I could hardly sleep the night before. I was on a Honda 750 motorcycle and I took the cross-channel ferry from Dover, arriving on a sunny summer morning. I couldn’t wait to experience my first foreign country and try out my schoolboy French on a real Frenchman, so I stopped at the first café I could find, sat down at an empty table out front and waited excitedly for the garcon (waiter). When he appeared, I greeted him as I thought I should. “Bonjour monsieur, comment t’allez vous?” I said and beamed at him proudly. He looked down his nose at me. “Eet is quaht all raht, I speak Eengleesh. What do you want?” I was disappointed and more than a little upset. I guess his little cafe was frequently visited by stupid English people eager to try out their pathetic French. 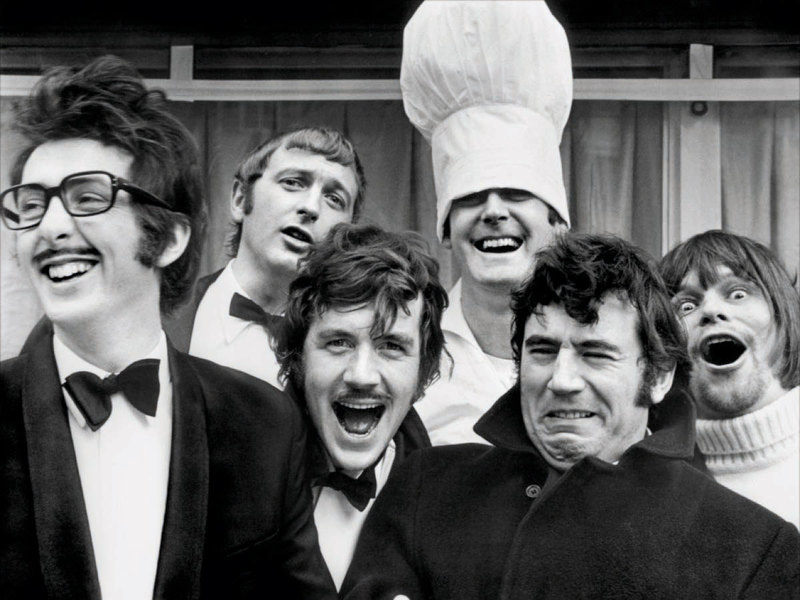 Oh, I do beg your pardon” I said, “I will speak English then.” I took a deep breath and recited from memory one of my favourite parts of Monty Python’s* famous Cheese shop sketch. “I was sitting in the public library on Thurmond Street just now, skimming through Rogue Herries by Hugh Walpole, and I suddenly came over all peckish. And I thought to myself, ‘a little fermented curd will do the trick’. So I curtailed my Walpoling activites, sallied forth, and infiltrated your place of purveyance to negotiate the vending of some cheesy comestibles.” I looked at him with a smile. He looked back at me vacantly. “Pardon?” he said, bemused. “Oh I’m sorry”, I said, “I thought you said you speak ‘Eengleesh’. CAAN I HAAAVE SOOOME CHEEEESE PLEEAASE?” I threw in some elaborate hand gestures for good measure, indicating the putting of cheese into my mouth and then rubbing my stomach. A group of English people at the next table giggled. The garçon span on his heel and strutted off towards the kitchen. He reappeared a few minutes later with a cheese platter. I delivered the coup de grace. “Et un cafe au lait s’il vous plait, monsieur. Merci beaucoup.”

I have always said it is common courtesy to at least try to speak something of the local language when you travel abroad, even if it is only a few words. I think it shows respect. The English are used to hearing English spoken badly and with all kinds of broad accents, but we appreciate the effort and we don’t make fun of people who try. Unlike some people.

*Monty Python was a group of Cambridge students who wrote and performed a unique brand of whacky, off-the-wall comedy often learned and recited by fans. They became popular in the 1970s.