Jakarta A Liveable City In The Future?

Having fallen prey to my third cold of the year made me recall a recent conversation on air quality in major cities such as Beijing, Shanghai and London, and so on. While the major cities of China have some of the worst air pollution in the world, that in Jakarta is well above accepted world standard, and the daily increase in the number of cars and motorbicycles using the streets only exacerbates the issue. The poor air quality also means that the oxygen available is below optimum, in turn a not sufficiently understood contributor to bad health and underperformance at work. 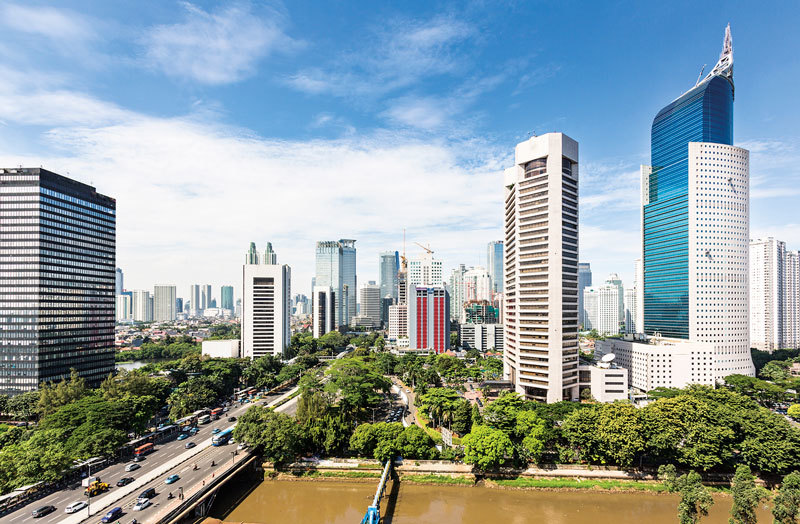 Changes are afoot in the propulsion of the cars that we drive, with less dependence on fossil fuels in future years. A worldwide intermediate step has been the introduction of hybrid vehicles, which has greatly reduced petrol consumption per kilometre and eliminated this altogether for cars waiting while stopped at lights or intersections. Unfortunately, there is no incentive taken by government for Indonesian citizens to favour hybrid vehicles over conventional fossil fuel ones. Driverless vehicles? Some way off for the city.

However, the underlying problem lies in the complete undercapacity of the road network to cope with the volume of vehicles using the streets of the city. Today’s major cities, and these multiply by the year, need to have a minimum of 15% of the land area given to roads, but Jakarta provides barely more than half this amount. The decision to provide adequately for the future had to be made in the early 1970s, but the city fathers had many problems to address at that time, and road development was not a top priority. Meanwhile, the average speed of travel in the city has declined steadily; in 2011 it was 16 kph and now is less than half this.

Improving the traffic situation
While national confidence grew from 1970 onwards, along with the development improvements of the subsequent years, the private sector risked investment in the city, now obvious in the many tall buildings that pepper the city skyline. Permits were relatively easily obtained without the need to consider the impact on the road network. This was seen as the duty of the government, which unfortunately did not take the necessary planning actions to reduce the impact of large buildings on the road network. Hence, tiap hari macet sekali.

How does the city administration then go about improving traffic movement? For roads, a different approach is required and somewhat understood; there has to be construction at an elevated level or below ground, both of which are expensive, and neither of which will help alleviate the overall situation by very much, nor do much to improve air quality. To make any indent towards improvement there has to be a fast-tracked level of investment into rail transport that will encompass all its different manifestations, properly integrated – MRT, light rail, the monorail and upgrading of existing urban lines. London would never have evolved as a world class major city without its network of underground and good urban rail transport. For Jakarta, thinking and planning in this way has evolved in the recent past and evidence of first projects can be seen; however, progress has been very slow and now needs to be accelerated, and should be a priority for the incoming administration. The first phase of the MRT from Lebuk Bulus to Bunderan H I, the construction of which shows some of the best quality work to be undertaken in the city, is expected to be functioning in the first half of 2019 and the second phase extension northwards to Ancol is expected to continue right away. The construction of the 87 km east- west link from Karawang in the east to Kalibata in the west is quite rightly being brought forward and would be integrated with the light rail links now on the drawing board with one or two beginning to appear.

Access to clean water
A second area, which has languished over the years, concerns water and sanitation, less obvious but actually something that should be of even greater importance. Without access to clean water, we are dead! The water pipe transmission and distribution network has increased over the past two decades, despite periodic political and bureaucratic interference and obfuscation over the current arrangements involving private sector participation. Greater support for the east and west Jakarta water companies would have seen further expansion than has taken place. There is more potentially available surface water supply and the private sector would invest but lack of surety over investment continues to delay decisions. Many fringe areas within the city jurisdiction still lack access to clean water and pay very much more for tanker supply.

A considerable volume of water is daily abstracted from underground acquifers. The steady abstraction through pumping from boreholes put down into the underground acquifers has caused a large drawdown of the groundwater table and settlement of the surface sediments. The impact on the north of the city has led to serious settlement of the surface and exacerbated the potential to flood in the low lying areas of the city, particularly severely when certain tidal and heavy rainstorm conditions coincide.

In the condition that underground pumping continues unabated in the years ahead, then by the end of the century the north of Jakarta will have sunk a further 5 metres and the coastline moved several kilometres inland with the historical north of the city lost. Hence, the need to build the Great Garuda sea wall as part of the protection works required for the city. Even if the regulation, which is to discourage those pumping water from underground acquifers, were fully imposed by 2025 the north of the city will still sink a further 2 metres.

Due to a combination of current lack of connection to the surface water supply, but even more to  a refusal by users of underground sources to switch to this when becoming available, the likelihood of making a huge reduction in underground water abstraction by 2025 seems unlikely. Thus sinking of the soft surface sediments in the north of city will continue at the current steady rate for many years to come. A strict workable plan to switch over to surface water supply, say over a ten year period, needs to be put in place and strictly enforced, albeit a challenge for city administration.

Overdue sanitation works
On the question of sanitation, very little has been undertaken over many years. Despite there being plans in place for several years to construct systems to cover designated areas of west Jakarta, a start is continually deferred. Meanwhile the hundreds of thousands of septic tanks that serve the city leak steadily into the ground water. It should be no surprise that the outgoing Jakarta adminstration has been flagging the delay in implementing overdue sanitation works and this must remain a key priority for the city.

There is increasing attention being paid to upgrading the building of cities, whether for retroactive fitting of existing structures or  in the construction of new ones. The technology exists for making more efficient use of power supplies and reuse of waste water, thus reducing demand for fresh supply. Future urban environments will also be able to grow plants for food, in some cases as necessity, and this can all be integrated into the efficient usage of utilities.

The term ‘Smart City’ is gaining momentum as the objective for all major conurbations of the future. In Indonesia, Bandung is promoting this for its citizens, as featured by Channel News Asia. While early attention has focused on the technology, there is correctly increasing attention being paid to the vital role of the commuities in the city to ensure that cities work for their citizens, they have involvement and ownership in the decisions being made, and not the other way round.

In conclusion, there are many challenges to be faced by the incoming adminstration, both in terms of pressing ahead with the urgently required physical infrastructure requirements, as well as providing a smart city goal for all its citizens.