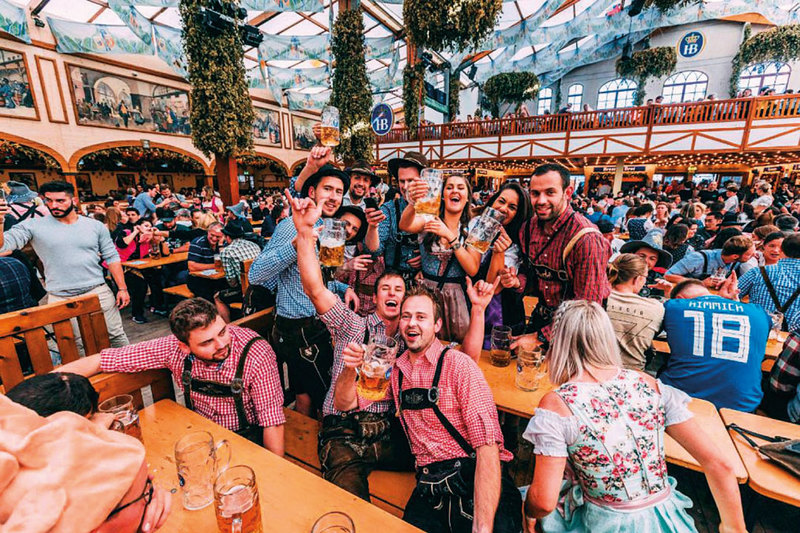 Munich, the capital of Bavaria and the third largest city in Germany, is home to the Oktoberfest, one of the biggest drinking sessions on Earth. Despite its name the Oktoberfest actually starts at the end of September and lasts for 16 days up to and including the first Sunday in October or (since 1994) until German Unity Day (October 3rd) whichever is later. The festival grew out of a wedding party for Crown Prince Ludwig in 1810 to which all the people of Munich were invited. “Wow that was fun” the townsfolk said with one voice when they woke up a week later, so they’ve been doing it ever since, except on 24 occasions when it was cancelled due to wars or epidemics. So, the Oktoberfest that coincides with this issue of NOW! Jakarta is the 186th and marks the 208th anniversary of the festival.

The first time I went to the Oktoberfest I couldn’t believe the sheer scale of the thing. The site occupies about 420,000sqm of land, about seven million people visit every year and on average every man, woman and child that walks through the gate drinks a litre of beer. That’s right, around seven MILLION litres of beer are served in 16 days - that’s roughly 450,000 litres per day. Bearing in mind that beer is only available for about ten hours a day that’s amazing (about 45,000 litres per hour, or 750 litres per minute, or 12.5 litres per second). But they also sell about 150,000 litres of wine and 1.3 million litres of soft drinks, tea and coffee, so the rate of liquid consumption per person is actually much higher.

There are 14 huge beer “tents” which can seat from around two thousand to nearly eleven thousand people including the obligatory beer gardens in front. The largest is called Winzerer Fahndl and is operated by the Paulaner brewery. Here you will find the players and fans of the Bayern Munich football team and statistically people stay in this tent longer than any other (although I believe this may be because they have lost the use of their legs). This tent is easy to find thanks to its huge square tower and the enormous glass of Paulaner beer that rotates on top of it. Inside you will find the famous Nockherberger Band playing in an authentic Bavarian atmosphere which makes it one of the most popular venues of the festival.

If you like getting shoved around and elbowed in the face by good-natured drunk men in lederhosen and Bavarian hats, the Oktoberfest is definitely the place for you. Go into any one of the beer tents on any evening during the festival and they will be only too happy to oblige, and while they’re doing it they will gladly drench you in beer from the huge glasses which they insist on swinging about in time to the music as if they were empty.