The Story of Easter

It was dawn, a bleak, grey morning was appearing out of the eastern sky. It had been a dark night, despite the full moon of Passover. Dark in the sense that many temporal and divine rules had been broken. Temporal, when Jesus was tried before the High Priest in the hours of darkness, without real witnesses and no tangible evidence. All illegal according to Mosaic law. 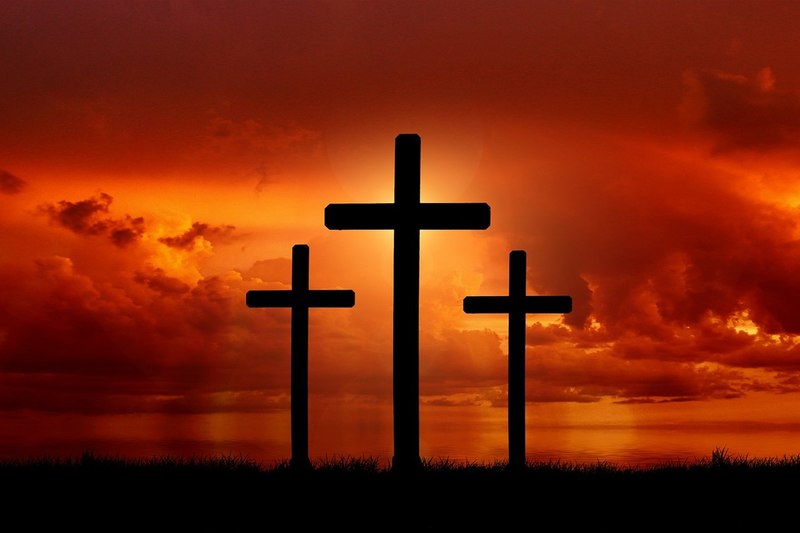 Divine rules were broken too when we consider that this man, Jesus, during a period of about three years demonstrated he was not just a man. He showed his power over disease, demons and yes, even death.

Only God, or the Son of God could do these things. Only He could turn water into wine, still the storm and walk on the sea. Imagine the sense of injustice that arose amongst the disciples like Peter who couldn’t contemplate that Jesus would die. That innocence would be betrayed, that purity would be reviled, that hope would be shattered. All these thoughts were beyond possibility because they were just not right!

Peter was horrified when he heard the cock crow. One of Jesus’ closest followers and yet even he was capable of betrayal. They had been together, day and night, with John, James, Matthew, and the rest of the twelve. In the very hour that Jesus needed comfort and support the most, as he was flogged and nailed to the cross, as he was lifted up in tortuous agony, where were they? They sought the safety of anonymity, choosing not to be identified with him. But Mary, the mother of Jesus couldn’t stay away. When John finally comes to his senses he finds himself at the foot of cross, beside Mary. Jesus speaks to them, all the time not thinking of his own misery but considerate to his mother and best friend.

The tragedy came to an end as Jesus was declared dead by the thrusting of a spear through his diaphragm and into his heart. Then he was laid in a borrowed tomb, the last vestige of dignity torn away.

Yet it was just as God planned, not some sort of mistake. The prophets countless times wrote of one who would come and suffer (Isaiah 52:13-53:12; Matthew 26:54, 56). Jesus predicted the manner of his death (Matthew 26:2). When he ministered to the disciples in the upper room he spoke of a “New Covenant”. This to supersede the old covenant and sealed by his blood, not the blood of animals. “This cup that is poured out for you is the new covenant in my blood” (Luke 22:20). Now the sins of humankind were atoned by this last great sacrifice.

Today is a good opportunity for us to reflect on the love God has for us and was demonstrated in the horrible death of his Son on our behalf. What does that mean to us? How could we be indifferent to such a great tragedy that was for our benefit? The death Jesus died was so we can live. How grateful are we for this wonderful gift from God? Why not tell someone about it today?