Where Are We Going With Water?

I note that the general world press is more frequently drawing attention to the state of the world’s fresh water supply. I was alarmed at a documentary on a news channel recently which highlighted the dreadful condition of water supply in China’s interior, with aquifers dried out and 300 million people in danger of not receiving an adequate daily supply. 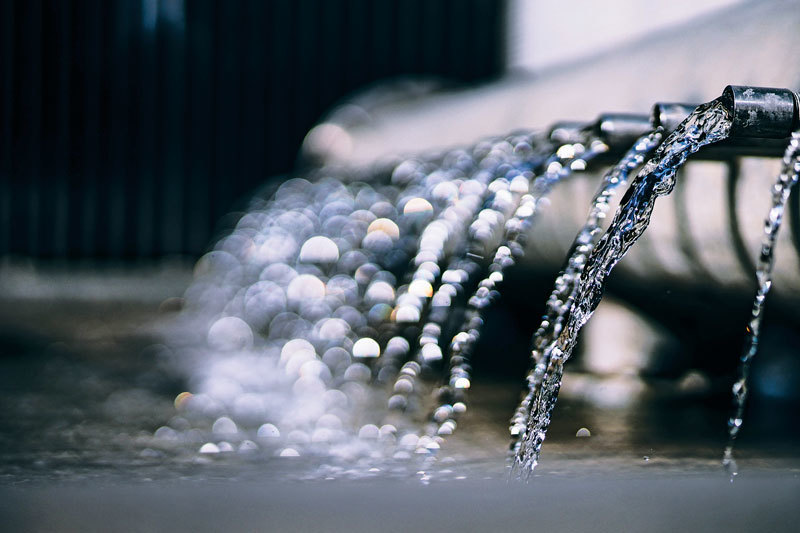 In Indonesia, most of the 131 water basins across the country have also been over-utilized and, at dry periods of the year, are in stress mode, with permanent damage often the long-term future of the basins.

At one time, Bandung had a steady supply from the mountains to the north, but over-extraction with drawdown resulting in unrecoverable settlement of the soil - overburdened because of extremely rapid urbanization along with very large expansion of a textile industry heavily dependent on a significant water supply taken from groundwater - has led to permanent damage to the underground flows.

One consequence of this is the need to develop surface water reservoirs, although this usually meets with resistance from locals. Also, considerable consultation time is needed to address local concerns and environmental issues before a given project can get underway, although these issues are common everywhere.

However, there is now a desperate need to upgrade industrial and commercial operations by putting in heavy-duty recycling plants - to do it and not just talk about it, arguably one of the most important roles for the Environment Ministry from now on.

JAKARTA
Extending this thought to dealing with the foreseeable expansion of Indonesia’s cities, it is high time that new directives and regulations become the norm for the very large public and private sector buildings that are expected to be built in the years ahead. In Greater Jakarta alone it is expected that some 234 very tall buildings will grace the skyline in the next eight years or so.

Even today, water supply for many residents in Jakarta remains an unsolved issue and a zoning approach to the future supply needs of the city’s citizens has been discussed earlier.

The opportunity should now be taken to tighten the regulations for all new structures planned for the city in terms of extensive re-use of water, and the large current and future demand for new structures offers an opportunity that must not be missed. There is a Green Building Code and this needs to be applied more diligently.

Although still on a learning curve, the city has made a start on implementing a waste-to-energy system to start alleviating the pressure on large tracts of land and associated water supply spoiled by domestic, municipal and industrial waste, although much more needs to be done.

Jakarta now needs, like Singapore, to be more rigorous in implementing policies that require, at least in the beginning, new commercial buildings to include in design and subsequent operation a fully-integrated waste water treatment system that will allow for the reuse of water and to take the pressure off underground supply, since too many offtakers in the city still draw from that.

Furthermore, to address the problem of ground sinking, reuse applications provide another valid reason for reducing groundwater extraction at a time when surface water supply cannot fulfill all demands.

Recycling waste water is not a new concept. After all, clean drinking water in London has already been used and treated six times before use by the capital city’s citizens. The difference here is the need to apply new technology to the situation that Jakarta now faces.

I was dismayed to learn recently that a proposal to recycle and reuse water for the extension of one of Jakarta’s main building operations was rejected by the Environment Ministry, and that the project was to continue as before, with waste water channeled to the main collection drainage outlet for the area. It is time to think for the future and I have not even begun to address the issue of unserviced septic tanks leaking into groundwater.

Dr. Scott Younger, a Fellow of the Institution of Civil Engineers, has a long and distinguished career in civil engineering in both the developed and developing world. With degrees in engineering from Glasgow, UC Berkeley and Hong Kong, where he was awarded his doctorate, he is recognized as a leader in infrastructure development across Asia having held a range of senior academic, consulting and business development roles in Hong Kong, Bangladesh, Brunei, Myanmar, Nepal, Thailand and Indonesia over the past 36 years.