Coffee, Culture and History in Blitar

Blitar, a small city in East Java, around 165 kilometers away from Surabaya, is mainly known as the childhood home of Indonesia’s first president Sukarno and his final resting place. More than that, however, Blitar has been a coffee-producing area since the mid-19thcentury. 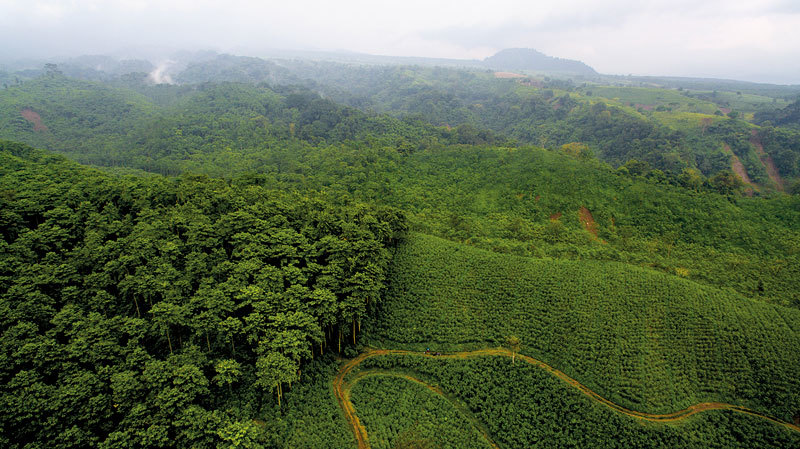 The Karanganjar Coffee Plantation, better known under Keboen Kopi Karanganjar orDe Karanganjar Koffieplantage, was first established in 1874 by the Dutch, but has been managed by the Roshadi family since 1960. Covering an area of 250 hectares, almost 100 workers grow coffee and cloves on the plantation grounds.

More than just a plantation that produces coffee, Karanganjar has also opened its doors to visitors who want to learn more about coffee – its production process and various types, including the opportunity for coffee tastings, of course.

The secret of good coffee, they say, is for one the quality of the beans, but also the way these coffee beans are then roasted and served after they are grinded – timing is everything.

Karanganjar Coffee Plantation also houses a couple of different museums to encourage a greater understanding of the local history and culture.

The Roemah Lodji, or Lodge House, is the main house on the plantation and belongs to the Roshadis – here, guests can take a look at the family’s precious heirlooms and also visit the former chamber of Sukarno.

Secondly, there is Moesioem Poerna Bhakti, a small museum remodeled after the office of Herry Noegroho, the first son of the Roshadi family who served as bupati (regent) of the Blitar regency for 13 years.

The Moesioem Poesaka contains more family heirlooms, such as swords and spears, whereas Moesioem Mblitran serves as a small gallery showcasing artworks about Blitar.

Spending the day at Karanganyar Coffee Plantation feels like walking the trails of history. After visiting the museums, stop by at the Café and enjoy a cup of original Blitar coffee while listening to music of the independence era – it doesn’t get more relaxing than this.