Revisiting Lombok: The Breathtaking View and The Intriguing Sasak People

Travel brochures advertise Lombok as “the way Bali was 30 years ago”, untouched and unspoiled. In other words, those venturing the island east of Bali will find equally enchanting beaches, surf, and culture.

I remember arriving in Lombok five years ago at Teluk Kode, an area in the northern part of the island surrounded by swaying palm trees and sleepy villages. I took the scenic route down to the touristic Senggigi, entertained by the bird’s eye view of the beaches below, passing empty beachfront lands with signboards saying “For Sale”.

Last month, I arrived at that same spot but noticed that parts of the beach just steps away from the jetty had been layered with cement paving blocks so that motorbikes and cars could access the seaport. It was a sign that things had changed since my last visit. So I had to wonder, what did those empty plots of land up for sale near Senggigi look like today?

I decided not to go the same route as the last time, and instead made my first Lombok stop at a traditional market in Medana, near an area called Tanjung, east of Teluk Kode. At first glance, the traditional market appeared to be a bewildering and disorganised mess, with no clear order to the way the stalls were arranged. This is precisely the way a great traditional market should be, I thought to myself. I wandered around through the ‘chaos’, enjoying how unspoiled everyday life was here, untouched by modernity. The items sold at the market were numerous: meat, fish, fruit, vegetables, spices, household items, and even clothes. Many traders simply placed their goods on blankets on the ground, some in the middle of the sidewalks. Ranks of the horse-drawn carts, locally known as cidomo, lined the sides of the market, giving it that unquestionably Lombok feel.

What intrigues me the most is the island’s tribal people, the Sasak people, and to witness a bit of their life in their small villages. And the first Sasak village I visited was Sukara, a village known for its weaving culture. A local guide took me in to the villager’s houses and showed me the entire process of the weaving: growing the cotton, spinning the thread, brewing the natural dies, and weaving on the looms. Even more interesting about Sukara is the village’s tradition that states a young woman must be able to master all parts of the process to later weave her own bridal cloth. If she fails to do this, she cannot get married.

After an enlightening trip to the humble Sukara, I took the road back towards Teluk Kode, passing the same area as I did five years ago. The area was still relatively empty, but quite a number of the “For Sale” signboards were gone – and by the looks of it, new beachfront and ocean view hotels were coming soon to the area.

I made a quick stop at a “sunset point” in Malaka, halfway from Teluk Kodek to Senggigi. From here I could see the distant, famous Gili Air, Gili Trawangan, and Gili Meno, as well as crystal clear waters below. A fresh, cold coconut water cooling me off from the intense Lombok sun. 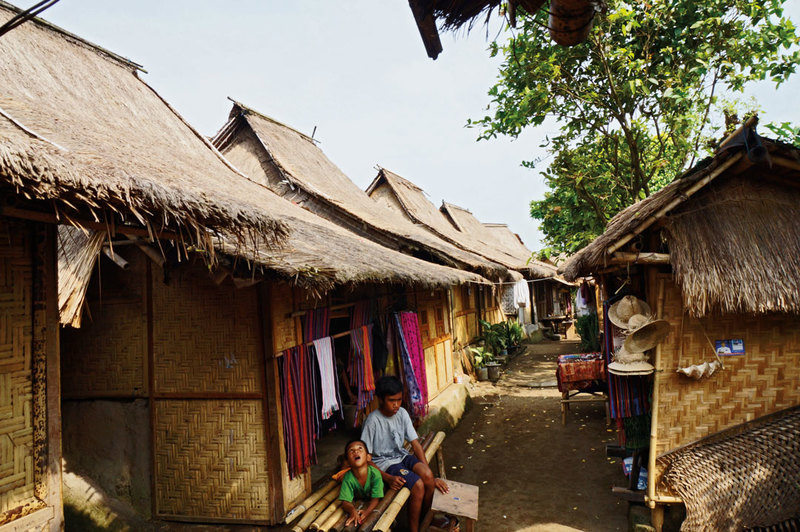 My journey continued to Sade, another Sasak tribal village in Lombok. Sade isn’t really an isolated tribal enclave cut off from the outside world but rather a living traditional village struggling to survive in the modern world. The villagers supplement agricultural income by selling their weavings and showing visiting tourists around their beautiful hilltop village. I was surprised by how organised and well-thought out the short guided tour of Sade was; visitors are not allowed to wander around the village on their own, poking their heads into people’s houses or interrupting the village life. 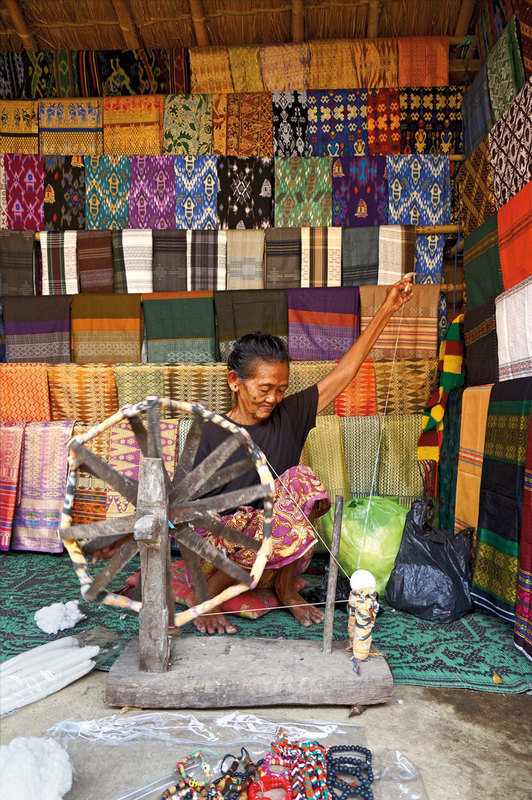 I was greeted by a volunteer guide, a local Sade villager, working for modest donations who led me through the village. Upon entering the village, I signed a guestbook and was asked for a small contribution towards the maintenance of the village. After that I was led through the village’s narrow cobbled paths, showed examples of local houses, a thatched mosque, and the rice barns. I immediately noticed that all of Sade’s roofs were thatched; it seems the donations donations to the village were being well spent, as the village was constantly repairing homes and replacing roofs.

I then made my way to Kuta Beach, also on the southern part of the island. Not to be confused with its trendy cousin in Bali, this Kuta is a quiet little stretch of sand in an isolated cove. But different from the Kuta Lombok I visited five years ago, you can now find ranks of homestays along the area – herds of buffalo munching on the grass are still there, though. Hawkers on the beach, who are mostly children, can be a bit pushy at times, asking you to buy bracelets, necklaces, and other souvenirs. You can always say no to them if you’re not interested, just do it politely.

To the west of Kuta are a series of beautiful beaches and bays hidden behind headlands and rolling hills, providing peaceful and secluded spots for picnics and swimming. This area also provides plenty of opportunities for exploring beaches and coastal scenery of breathtaking beauty. 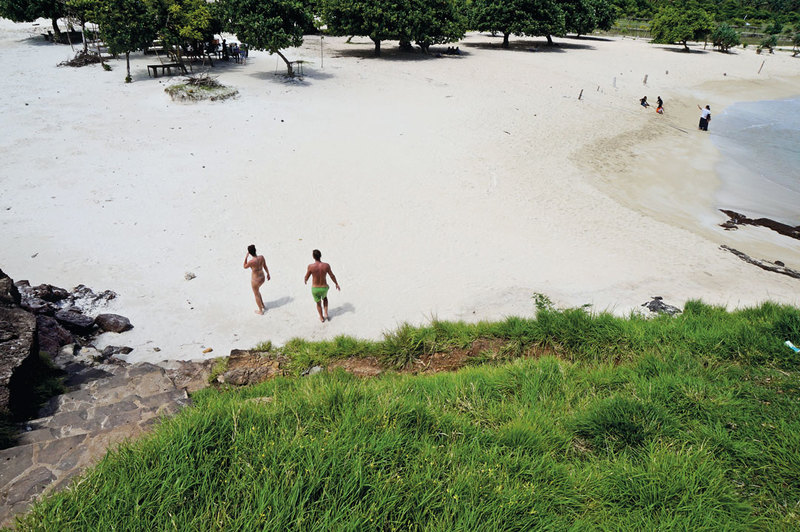 To the south, you’ll find the pristine white-sand beach of Tanjung Aan. Sun worshippers will definitely find their paradise here, for the long-stretched, white-sandy beach provides the playground they long for to achieve that perfect tan! The area is surrounded by picturesque hills, with one that can be easily accessed for you to enjoy the 360-degree view of the stunning natural green and blue surroundings. But when the sun finally gets to you, you can rent a wooden umbrella with braided straw roof to cool off. On the beach, you can have cold drinks and fresh coconuts from the local vendors, or go to the rows of restaurants in the area for a tropical lunch. 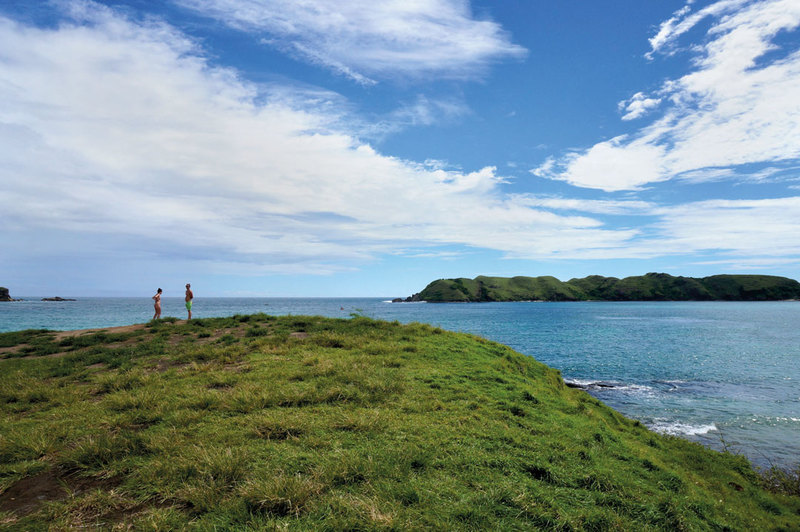 Anyway, the drive down to the south coast is an interesting rural tour of small villages and farming communities. You can observe fields of tobacco, corn and peanuts that line the roadsides and farmers till the fields using antiquated ploughs pulled by large water buffalo. If you’re lucky, you’ll run into a group of locals dressed up to the nines in their traditional attire.

Hours later, I found myself back in Senggigi, counting down to the last light of the day. Both the residents and tourists alike flock the Senggigi Beach pre sunset time, with local children swimming and diving from the high-platformed jetty into the sea. There are beachfront restaurants, especially in the area of Senggigi Art Market, where you can have cold beers or just coffee, whilst observing the sun slowly and gracefully sink into the horizon.

For the longest time Lombok remained in the shadow of its neighbour, Bali. It was only in 2018 after a series of terrible earthquakes when Lombok made the headlines, of course, for the wrong reasons. Much of the northeast of Lombok is still in recovery, with local communities and businesses lending a hand.

The tourism industry suffered hard after the earthquake, despite the fact that much of the island remains safe and just as beautiful as ever. Today, this wild and rugged island welcomes tourists and visitors with open arms, and you can be assured a truly exotic experience, from its local villages, beautiful coast and white sand shores.

Daily flights from I Gusti Ngurah Rai International Airport in Bali to Lombok International Airport are offered daily by Garuda Indonesia, Citilink, Wings Air, and Lion Air. The airport is located 15 minutes away from Kuta, but a bit further out from the centre of the tourist hub in Senggigi. 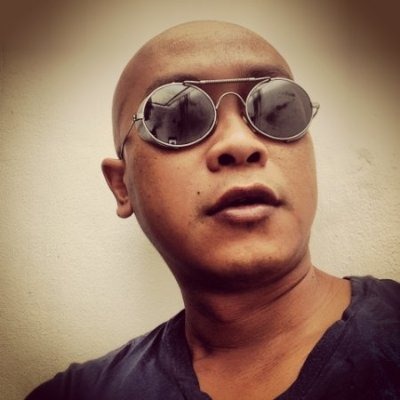