Singapore never runs short of exciting things to do, see, taste and explore. Here is a selection of events coming up in the next months - you will be spoilt for choice! 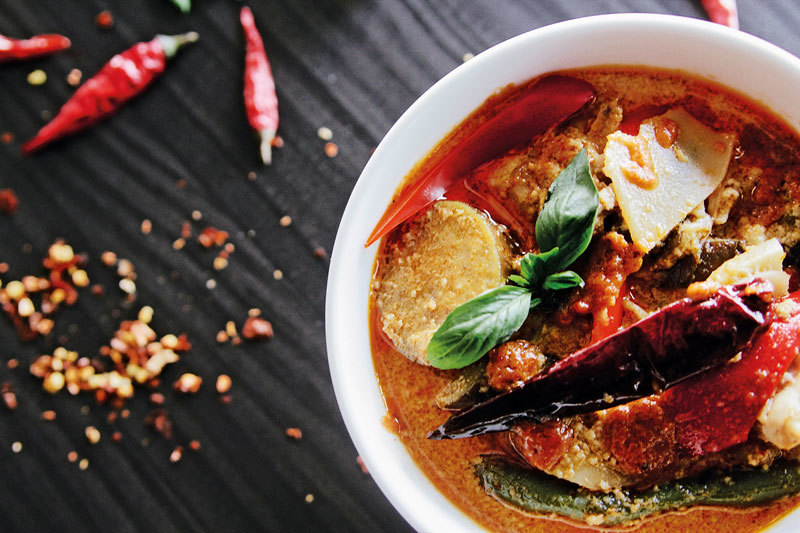 The Singapore Food Festival (SFF) is a celebration of the amazing talent and diverse tastes of Singapore’s culinary past and future.

STREAT is is the main event of the Singapore Food Festival where you can taste a range of Singapore’s favourite dishes as well as a twist on some modern favourites. Entry to STREAT is free and visitors only need to pay for the food they want to sample. If you would like to pick up some cooking tips and tricks from the experts, join one of the cooking classes. The most important thing, however, is to bring a healthy appetite to the festival so you can taste and enjoy as many dishes as possible. 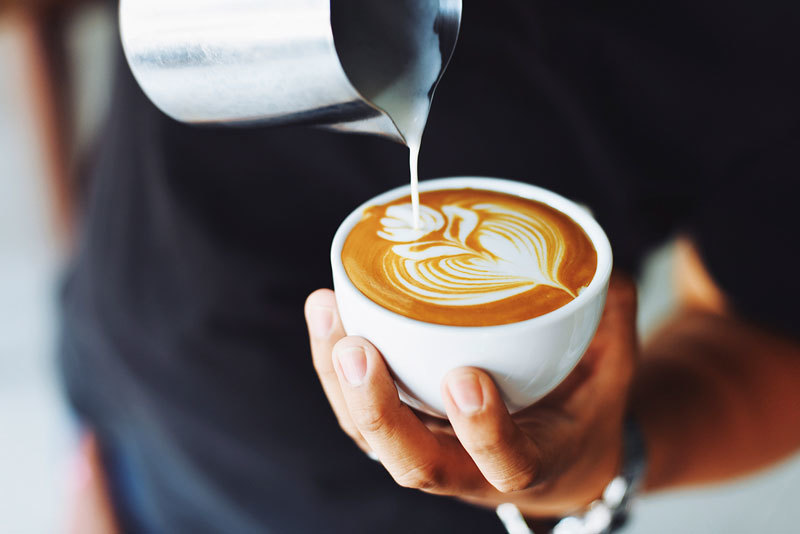 After its successful debut last year, Singapore’s only coffee-centric festival is back this August, at an all-new spacious seaside venue!

Last year, the event attracted more than 20,000 festival-goers, including industry players, coffee lovers and families. With bigger premises this year, organisers expect even more people to turn up. 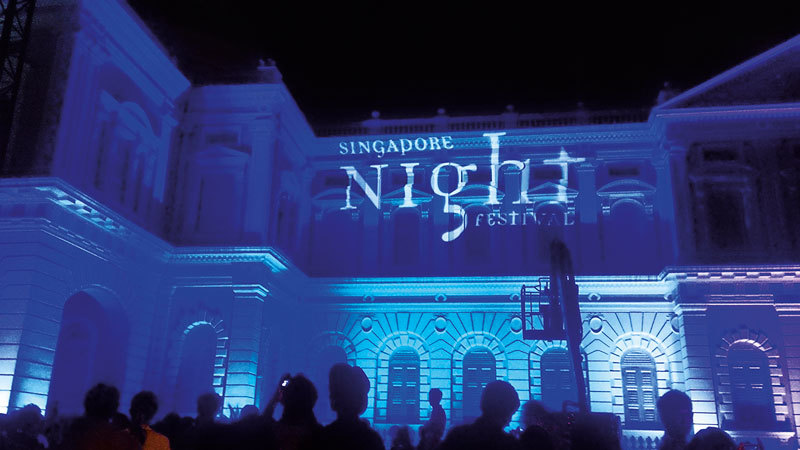 The region’s most anticipated outdoor nocturnal event, the Singapore Night Festival (SNF), returns for its 10th edition in August with the theme “10 Magical Years”, promising a spectacular line-up of dazzling light art installations in the heart of the city. The festival is held in the Bras Basah and Bugis precinct, which is Singapore’s arts, heritage and design precinct, home to the greatest concentration of museums, historic monuments, heritage buildigs, art groups and schools, as well as lifestyle malls.

Inaugurated in 1977, the annual arts festival went on a hiatus after 2012 and returned in 2014 under the baton of Festival Director Ong Keng Sen. Today, the Singapore International Festival of Arts is the premier national performing arts festival managed by the Arts House Limited and commissioned by the National Arts Council. It aims to inspire through great international and Singapore artistic experiences in performance, theatre, dance and music. This year’s curatorial theme is “Enchantment”.

The International Champions Cup (ICC) is the world’s premier summer football tournament and brings the best in football to iconic venues across North America, Europe, Australia, China and now Southeast Asia. It counts some of the world’s most valued football teams such as Manchester United, Real Madrid and Paris Saint-Germain as champions in previous editions of the annual tournament.

Scheduled to take place at the National Stadium from 25 to 29 July, the ICC Singapore will feature Chelsea FC, FC Bayern Munich and FC Internazionale in a round-robin three-match tournament. The fixtures in July will mark the first time top flight European teams play each other in Singapore. 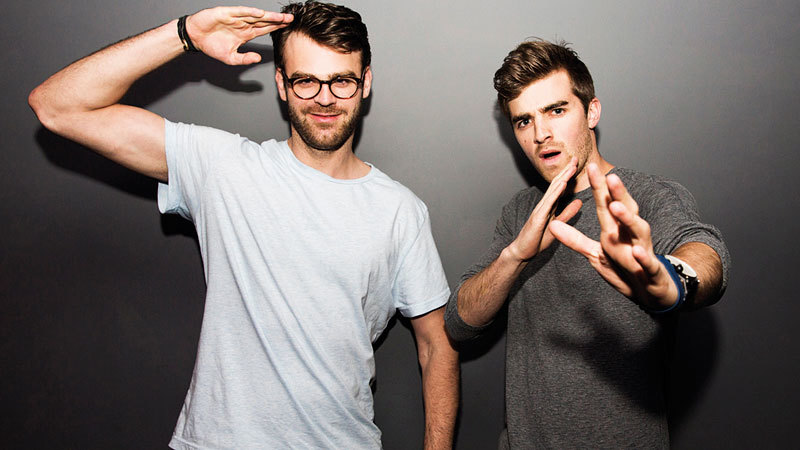 The Formula 1 Singapore Airlines Singapore Grand Prix returns to the Lion City this year! This world-class event is more than just a race: it is accompanied by an enthralling entertainment programme that features international headliners. 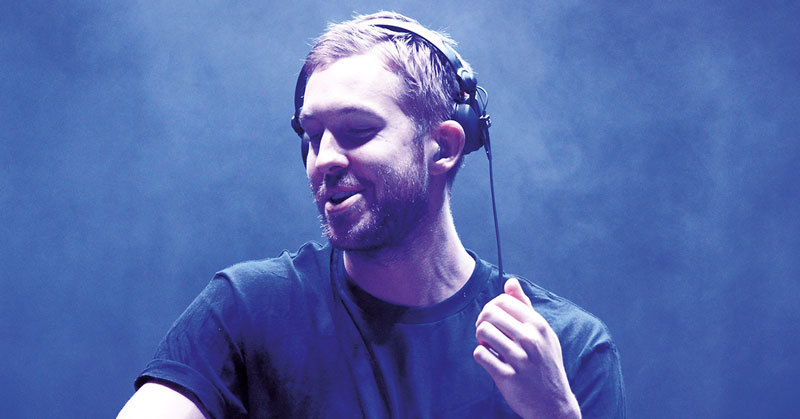 This year’s line up will include performances by pop darling Ariana Grande and electronic dance music duo The Chainsmokers, as well as Duran Duran and One Republic. Grammy award-winning and multi-platinum selling artist Calvin Harris will headline the Padang stage on 17 September. 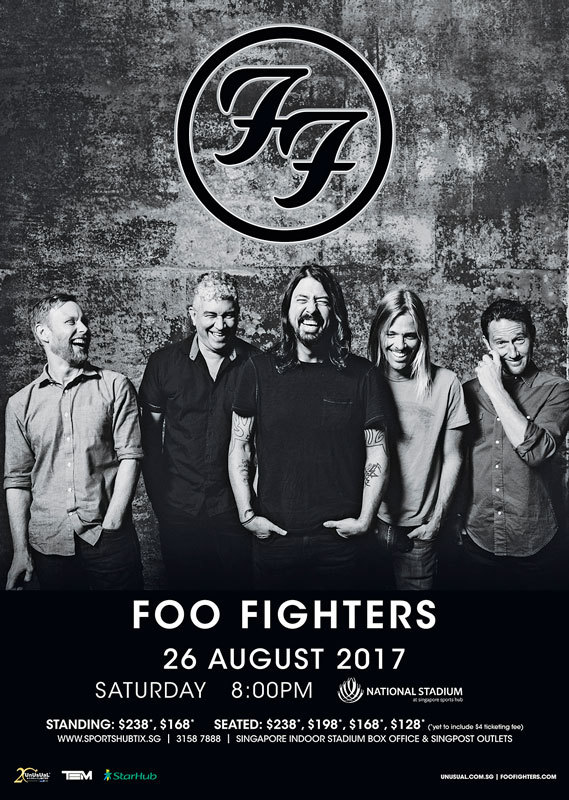 Founded in 1994 in Seattle by former Nirvana drummer Dave Grohl, the Foo Fighters have since released eight studio albums and earned numerous awards throughout their long music career. Until today, the band enjoys great success and is extremely popular with music fans of all ages.