Sitting on the southeast coast of China, on the Pearl River Delta and South China Sea, Hong Kong is one of Asia’s most thriving cities: the skyline of Victoria Harbor, embellished by dazzling lights at night, is a world-famous sight. 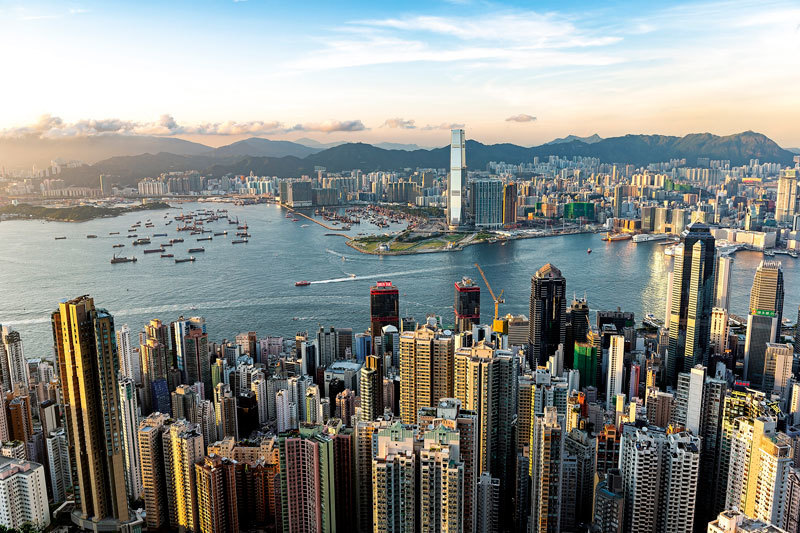 It is, in fact, Hong Kong’s strategic location that has mainly determined both its economic and political history. After being ceded to the British Empire following the First Opium War in 1842, the colony of Hong Kong quickly turned into a center for financial and commercial services, predominantly for shipping, banking and merchant companies.

In the rather turbulent years of the early 20th century, Hong Kong’s population was bolstered by refugees, many of them coming from China. The rising number of immigrants resulted in a new role for Hong Kong - as major manufacturing hub.

During World War II, Hong Kong was occupied by Japan, before the British resumed control again in 1945.

Hong Kong kept evolving as a city in the decades that followed. As the economy of China gradually opened up, Hong Kong turned into a service-based economy and important getaway to one of the world’s largest markets. Hong Kong’s population kept growing, and with labour costs remaining relatively low, living standards began to rise steadily.

Higher income also led to the introduction of the first private housing estates. During the 1970s, there was a boom in residential high rises, and many people’s homes became part of the skyline and scenery of Hong Kong that is still predominant today.

Under the principle “One Country, Two Systems”, Hong Kong became a Special Administrative Region of the People’s Republic of China in 1997. This agreement, also known as the Sino-British Joint Declaration, allows Hong Kong to enjoy a high degree of autonomy. The declaration specified that the laws and legal system would remain unchanged, as well as the social and economic systems - allowing Hong Kong to retain its capitalist economic system. Hong Kong also remains an individual member of various international organizations.

Today, Hong Kong is one of the world’s leading international financial centres. According to the Index of Economic Freedom an annual index and ranking established by The Heritage Foundation and The Wall Street Journal, Hong Kong has the highest degree of economic freedom in the world.

Hong Kong’s economy thrives thanks to a sound banking system, no public debt, a solid legal system, strict anti-corruption measures as well as close ties to mainland China. The government of Hong Kong welcomes and encourages the activities of private businesses, such as the Cyberport - a business park consisting of office buildings, a hotel and an entertainment complex - and Hong Kong Disneyland.

Hong Kong is renowned for its highly developed and well functioning transportation network, and its inhabitants happily make use of it - an astonishing 90% of daily travels are on public transport.

An estimated 7.4 million people live in Hong Kong - it is one of the most densely populated places in the world. The educational level of Hong Kong’s population has improved steadily, with the education system largely modelled on that of the United Kingdom.

Having transformed from a sleepy fishing village to a cosmopolitan city, Hong Kong’s eventful history is also visible in its cityscape: here, Chinese heritage and European colonial history sit peacefully side by side, modern architecture and a high density of skyscrapers shape the city as much as historical sites, and Hong Kong residents who are trade on international markets by day, visit temples to light incense at night.

It is often referred to as a place where “East Meets West” - a saying that, when it comes to Hong Kong, is true in every regard.