Islam and the West have a complicated relationship: a number of terrorism attacks and, most recently, the travel ban targeting seven Islamic countries implemented by the US government, are only two of the many factors that have led to exacerbate prejudice on both sides. 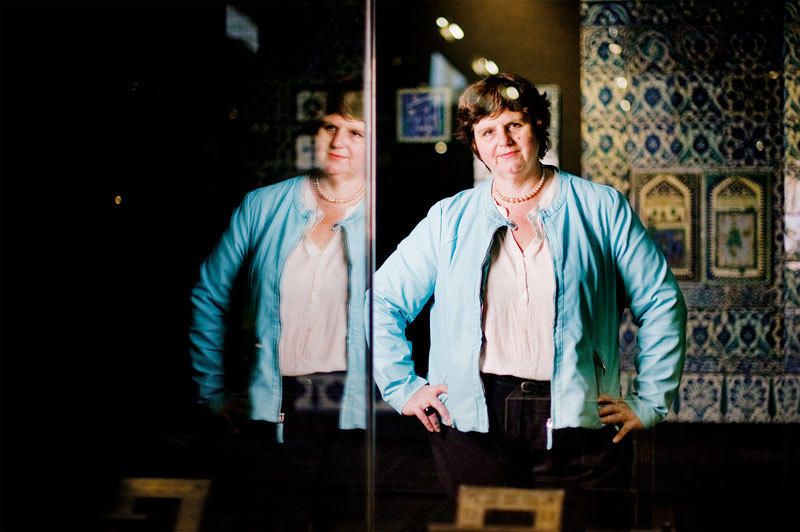 Prejudice only causes further hatred and discrimination; fortunately, there are still many people out there who care and take serious action to cool down this hot tension between the two worlds. One of the best ways to do so is by nurturing exchange and discourse through arts.

This mission is also carried by the world’s biggest museum, Louvre Museum in France, in its Islamic Art Department.

“Since we opened, we had lots of visitors coming in every day. However, the number has decreased quite significantly since the Charlie Hebdo shooting which took place in the magazine’s headquarters in Paris,” explained Yannick Lintz, the Director of Louvre’s Islamic Art Department during her recent visit to Jakarta.

During the Charlie Hebdo shooting, twelve people were killed and another eleven were seriously injured. The incident sparked international outrage and was discussed for months, especially because the two gunmen were affiliated to radical organization Al-Qaeda.

“Sadly, the condition has only worsened after the November 2015 attack in Paris. These terrorism attacks unavoidably cause a big misconception about Islam for many French and other Western people. We don’t have many Western visitors to our department lately due to negative sentiments towards Islam,” she continued.

Normally, the museum collaborates with schools to conduct visits and workshops, but the interest for Louvre’s Islamic art section is declining. Therefore, Yannick and her team at Louvre are now concentrating on how to reintroduce Islamic art through a series of trainings for schoolteachers and collaborations with local communities in order to bring back the enthusiasm for getting to know Islamic arts and culture.

“The real problem is that teachers don’t want to bring their students to our section as they don’t know how to explain Islamic art and culture justly due to the news out there,” Yannick said. “To address this issue, we are developing trainings for schoolteachers about what we have to offer in the Islamic Art Department, we aim to explain to them the beauty of Islam from the perspective of art. We also regularly organise several events like workshops and temporary exhibitions to promote Islamic art. We believe that we have an important responsibility to open the public’s mind regarding Islamic culture. “

Opened in 2012, the new Islamic Art Department boasts approximately 14000 objects, which reflect the richness of Islamic artistic creations, covering a broad period from the dawn of Islam in the 7th century to the early 19th century and encompassing architectural elements, stone and ivory objects, metalwork, glasswork, ceramics, textiles and carpets, as well as manuscripts that are arranged chronologically and geographically. 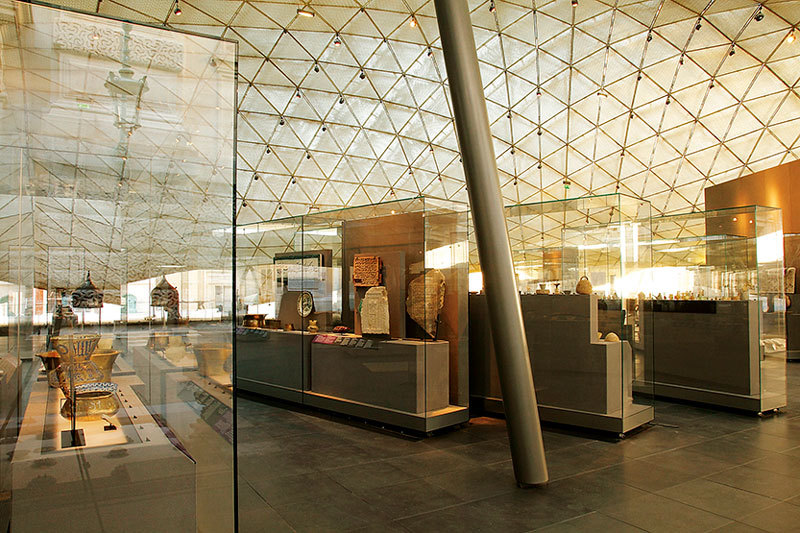 Although the department has only been open for five years, Islamic art in Louvre has been around much longer than that. Tracing back the history, a ‘Muslim art’ section was created for the first time in 1893. In 1905, the first room dedicated to the Islamic collection was opened within the Department of Decorative Arts, while in 1932 the Department of Asian Arts was created in which the Islamic collection played an important part. In 1993, Louvre presented a 1000 square meters exhibition space for the Islamic art collection, before creating its eighth department dedicated solely to Islamic art in 2003.

“Our collection has a diversity of objects that come from Egypt, Syria, Spain, India, as well as a large collection of Iran, but none of them come from Asia even though Islam has a strong influence in Southeast Asia,” Yanick said.

Based on the juxtaposition of various cultures and the constant exchange between the different regions of the Islamic world, the Islamic art section’s installation highlights both the homogeneity of Islamic art and its extraordinary creativity with regard to common themes expressed throughout the centuries.

Yannick visited Jakarta to engage in an interesting discussion titled ‘Night of Ideas’ organized by Institut Francais Indonesia (IFI). During the discussion, she talked about Louvre’s project to preserve Islamic artistic and historical items in conflicted countries. Many historical heritages are at risk at the moment due to a brutal war.

“In the midst of armed conflicts in the Middle East, historic relics, museum and artifacts are not spared from damage and destruction. Therefore the Louvre Museum took the initiative to save the historical heritage in Syria by cooperating with local archeologist groups to gather documentation of historic relics in Syria,” said Yannick.

Louvre’s own staff members are not allowed to enter Syrian territory since the French government cut off diplomatic relations with Bashar al-Assad’s regime, however Yannick is optimistic that their programme will save many precious historical legacies to be passed on for the future generations.

As expression of human emotion and imagination, art has proven to be a strong weapon to unite people from all backgrounds and cultures. Louvre’s effort to promote world peace deserves appreciation and hopefully the initiative will influence the entire world so we can defeat hatred and prejudice in creative ways.