Tasty Travelling at Macao, the UNESCO Creative City of Gastronomy

Being a member of UNESCO Creative City of Gastronomy, Macao is an irresistible magnet for food lovers. The unique mixture of a long history of European colonization and the strongly-embedded Chinese culture gave birth to the unforgettable memory of tasty travelling at Macao. 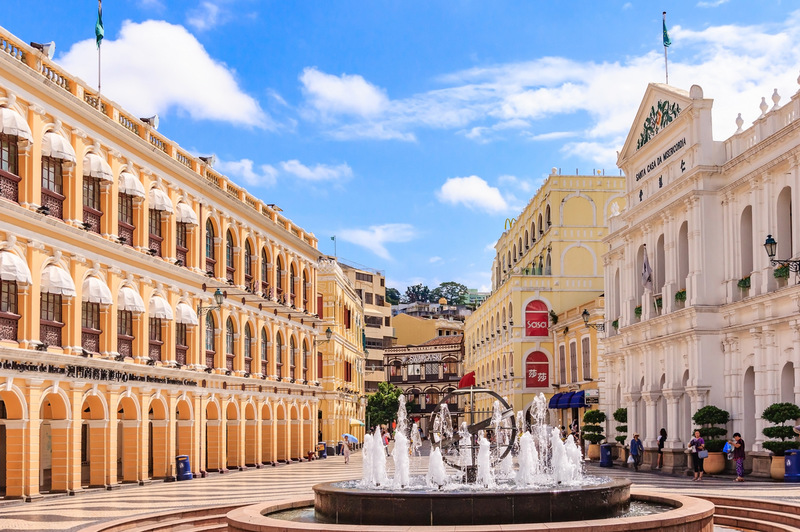 Located in the coast of People’s Republic of China, Macao holds the title of the most densely populated country in the world. In a rather narrow land of 30.5 km2, more than 650 thousand people are currently living there. However, around two million people visit Macao as tourists (every month!). The strongest magnet for those adventure-seekers is undoubtedly the rare view of well-preserved European colonization traces combined with the Chinese culture. Ruins of St. Paul’s, Senado Square, St. Lawrence Church, Guia Fortress… those historical buildings are too beautiful to miss, yes, but don’t you want to experience Macao in your tongue?

Wait…don’t lick those buildings, it most likely won’t taste very good, though…

As one of only 7 cities in the world joining UNESCO Creative City of Gastronomy, Macao offers a wide variety of tasty, original meals. Four hundred years of history results in a combination of western and eastern food and culture. This unique mix is then taken benefit by the local government to attract both regional and international visitors by establishing the annual Macao Food Festival since 2001. If you already have plans on visiting Macao, we have several must-try, Macao-exclusive foods. 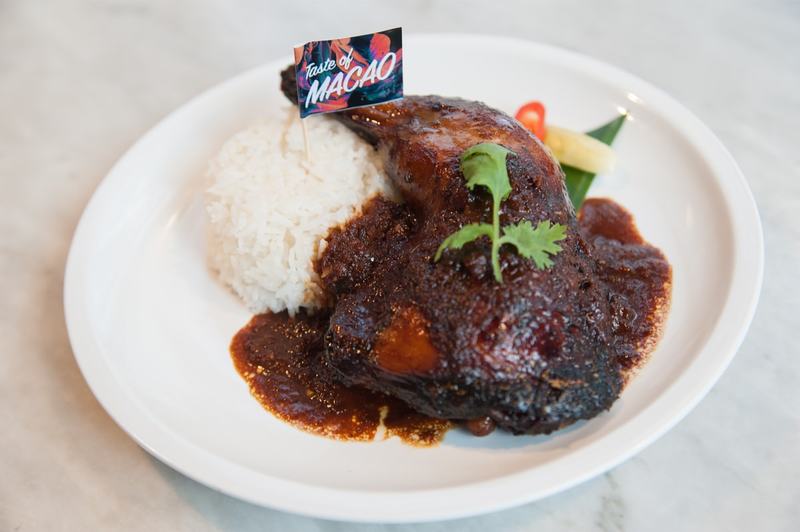 African Chicken or Galinha à Africana is one of the signature dishes of Macao culinary. This particular main course reflects how cultural mixture can be presented, at least here in Macao. Many popular chefs in the world claimed that this is one of the most difficult culinary that they ever cooked. The combination of pimenta from Portugal, peanut from Africa, coconut from India, and spices from China will definitely blow your mind…and tongue.

Restaurante Escada is the perfect place to experience this tasteful combination of meal. You can feel the atmosphere of a European restaurant in this rather small space, located on Rua de Se No. 8.

Hunting down African Chicken that turns out to be one of the most famous Macanese foods with strong Portuguese taste? Interesting!

2. Plate of Clams at Café Litoral 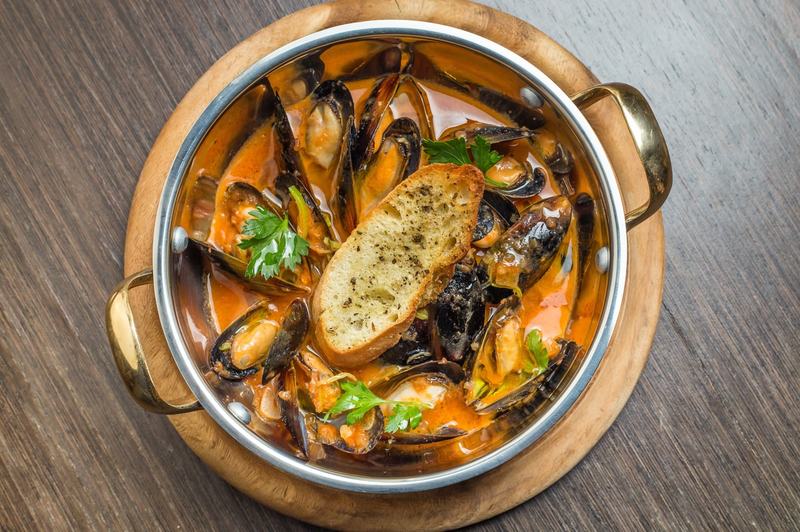 Located near the South Chinese Sea, Macao offers Plate of Clams or Ameijoas A Casa as one of the favorite meals among tourists. Served with garlic and white wine sauce, the taste of the seafood is perfect to warm your body, and fill your stomach, of course.

Spending your holiday in Macao, put Café Litoral in your places-to-visit list and taste their version of this meal. First opened in 1995, right at the edge of the Chinese government taking control of Macao from the Portuguese authority, this restaurant is considered as the best place to enjoy the combination of Portuguese and Macanese culinary. Their address is at Rua do Almirante Sérgio, 261-A, G/F, Barra, Macao. 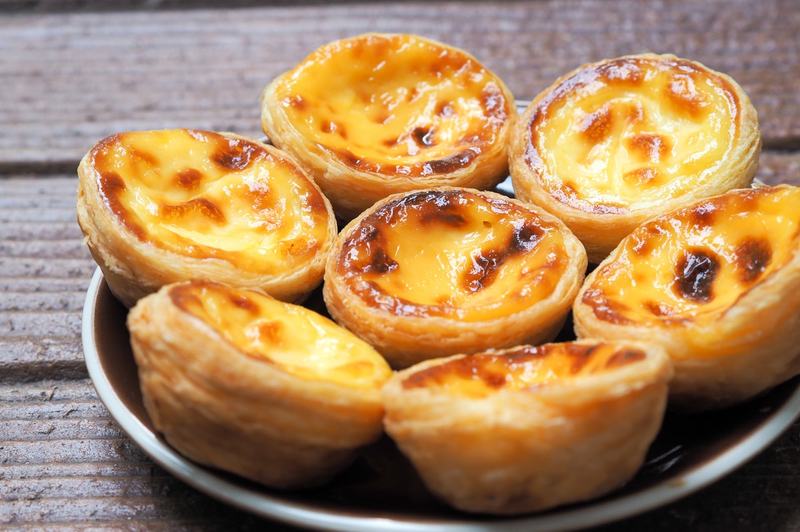 No one talk about Macao without talking about this snack. Portuguese Egg Tart a. k. a. Pastel de Nata is tourists’ favorite snack to eat during their stay in Macao as well as their favorite souvenir to bring home. The buttery, flaky, and crusty feels on the outside of this snack is tastefully combined with the sweet and custardy sensation on the inside and completed with a charred glaze on the top.

Visiting Lord Stow’s Bakery is unarguably a must. Established in 1989 by an Englishman, Andrew Stow, (8 April 1955 – 25 October 2006) Lord Stow’s bakery was his contribution to Macao, and to food-lovers in general. His death, caused by asthma attack, was mourned by the whole country. Now, celebrate his life and taste his original version of Egg Tarts at No. 1 Rua do Tassara, Coloane Village, Macao.

Don’t waste any more time. Submit your leave form to your bosses and plan your visit to Macao with your family or friends. Book your flight, choose your hotel, and experience Macao for an ultimate holiday sensation. Various tour packages to Macao are also available if you’re too lazy to plan your vacation. Some of them even offer tour packages to several cities such as Shenzhen and Hong Kong. 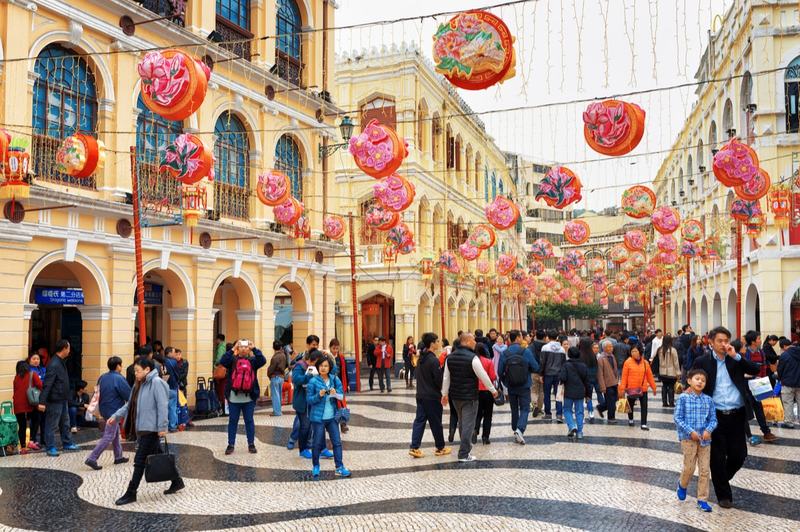 Still have no plan for your end-of-year vacation? Macao is definitely one of the best options, especially for you, food-lovers.

Imam is a content writer with a varied experience in digital world. Updates in technology, gadget and sport are what interest him.