Travel Diaries of an Amateur Photographer in Australia

Every Olympics I dash home to Australia to watch the games and brush up on the latest sports commentator jargon. “Portia’s in the sin-bin” was one commentary classic during a women’s soccer match. While in Sydney, I got to see the Dobell drawing competition at the NSW Art Gallery which featured a wall of art by my Javanese friend Jumaadi Jumaadi, a rising star in the Australia art world.

The real reason, however, for my trip south was to do a pop-up Indonesian garden at the George Brown Botanical Garden as part of the annual Darwin festival. I stayed at the lovely Sky City Casino beach hotel next to the gardens, town, the excellent Darwin museum and almost everywhere else (Darwin is pretty small).

I arrived just in time for the Darwin Festival Art Fair, where representatives of 100 or so indigenous communities come out of the bush and set up art stalls at the convention hall. Incredible art at bargain prices.....and lots characters! Darwin is the only Australian capital with sizeable populations of indigenous Australians living in the long grasses along the foreshores.

At the Darwin Museum I also got to see the results of the Telstra National Aboriginal and Torres Strait Islander Art Awards — art by Indigenous Australians from all over the country, as part of the annual festival. It was very impressive. At the Charles Darwin University I gave a lecture to Horticulture students in the Indonesian Garden which has a good selection of impressive but somewhat less artistic artworks, donated by various Indonesian provincial governors. It’s good to see at least some cultural interaction between Indonesia and Darwin.

I decided to do an East Indonesia (Flores) garden in the botanic gardens, rather than the Balinese garden they asked for, to highlight the ancestral link between the ancient Indonesians and their offspring (according to many paleo-anthropologists), the Australian Aborigines. One visitor to my project said she was ‘underwhelmed’ at the result (“not enough lush tropical” she bellowed) but, generally, it was well received, especially by the group of Fijian ladies who sat in the shade for two days weaving the coconut leaf thatch.

I created a compang raised platform and planted a big banyan tree in it, and positioned some megaliths, with the help of a fork lift and a few pale-faces, donated by Down 2 Earth Landscape Services. One night I gave an open-air lecture on “Theatrical Nature – My life creating exotic gardens in the tropics”, which was well attended.

It was amazing what brings them out in Darwin. Ha! The university campus has a wonderful Chinese Garden too, and a great library, rich in books on the culture of the Australian Aborigines.

From Darwin there are ferries daily to the nearby islands of Tiwi and Melville which have good art galleries. As Australia looks to Indonesian art — top art critic John MacDonald did a glowing review of the JKT Art Fair and Indonesia’s emerging model artist last month — it would be fitting were Indonesia to take more interest in the Aboriginal and Tomes Island art market, which is booming.

By the 1930s, Ex British colonial services architects from Malaya and India introduced the classic black and white stilt house to Darwin. These are two of the four houses that survive in Darwin designed by Deni Burnett at Myilly Point in 1937. Black and white is the colour scheme of the Trengganu (Malaysia) royal family, whose stilt houses possibly inspired the architects of that era[/caption] The Darwin Festival is held every year at the beginning of August. Both Air Asia and Jet Star fly to Darwin from Bali. Air Asia has a convenient early afternoon flight. 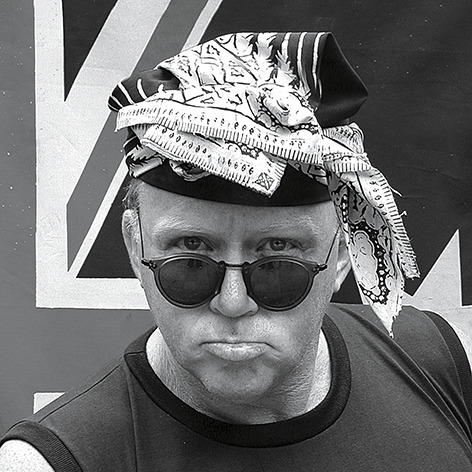