Zagreb: An Old City with a Young Soul

Croatia’s capital Zagreb is a city that brings together the old and the new: located along the Sava River, it boasts stunning buildings, lush parks and is steeped in history, but at the same time radiates a truly vibrant and youthful atmosphere. 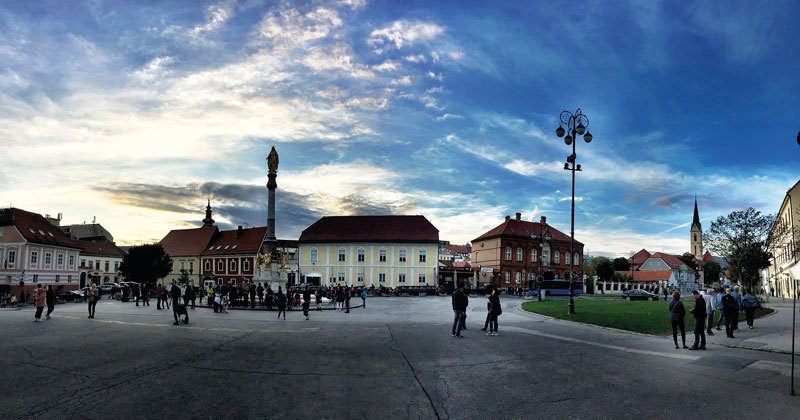 The heart of Zagreb is undoubtedly the Ban Josip Jelačiċ Square, a popular meeting point for both citizens and visitors. In medieval times, people used to say that all roads lead to Rome. In Zagreb, all roads lead to this particular square, where an equestrian statue of Count Josip Jelačiċ, a noted Croatian army general, gracefully acknowledges the hustle and bustle of the city. 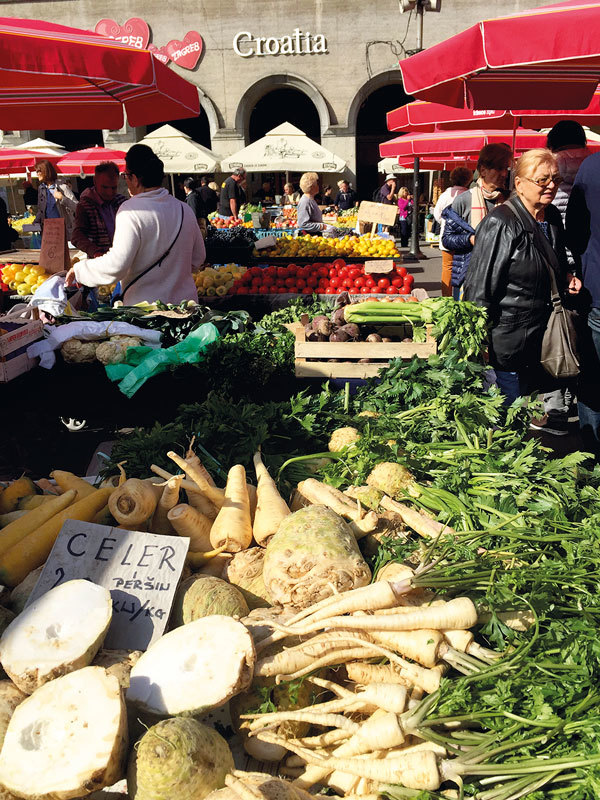 From here, it is only a short walk to the Zagreb Cathedral. Today, it stands tall on Kaptol, but it was heavily damaged during the Great Zagreb Earthquake that struck the city in 1880. Later on, it was fully restored to former glory – the reconstruction process lasted for 26 years. While only one person was killed during the earthquake, many of the city’s buildings were fully or partly destroyed. The old Cathedral clock, which stopped at the time the earthquake hit the city – at 7:33 in the morning – is now placed on a wall outside of the Cathedral and serves as a silent reminder of that fateful day. 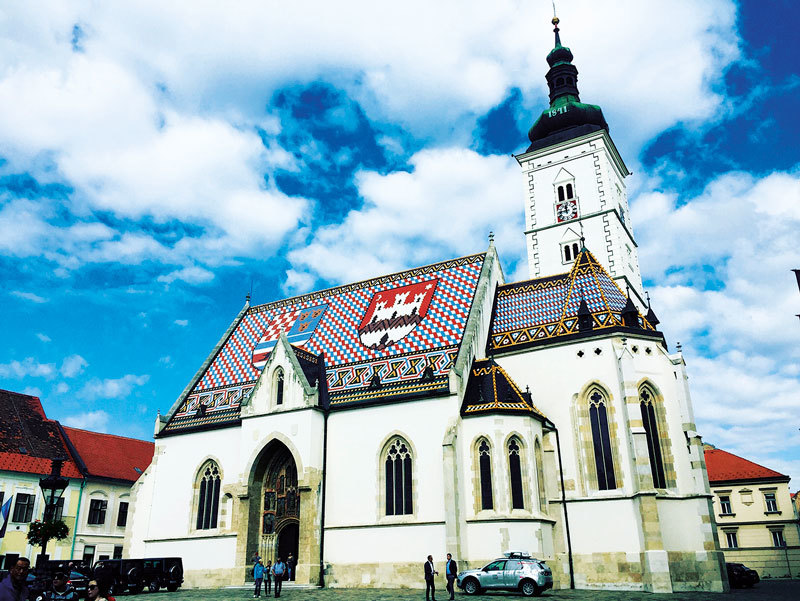 A stone’s throw away from the Cathedral is Zagreb’s busy open-air market Dolac. Also referred to as the “Belly of Zagreb”, the Dolac is a kaleidoscope of colours, sounds and smells. Vendors offer fresh meat, fish and vegetables in the shade of bright red parasols, while some stalls sell flowers, handcrafted goods and souvenirs – these are, of course, especially popular with tourists. The market is also a great place to try some traditional Croatian food, with Štrukli being on top of the list. Štrukli, composed of dough, comes with various fillings, but cheese is the most common. 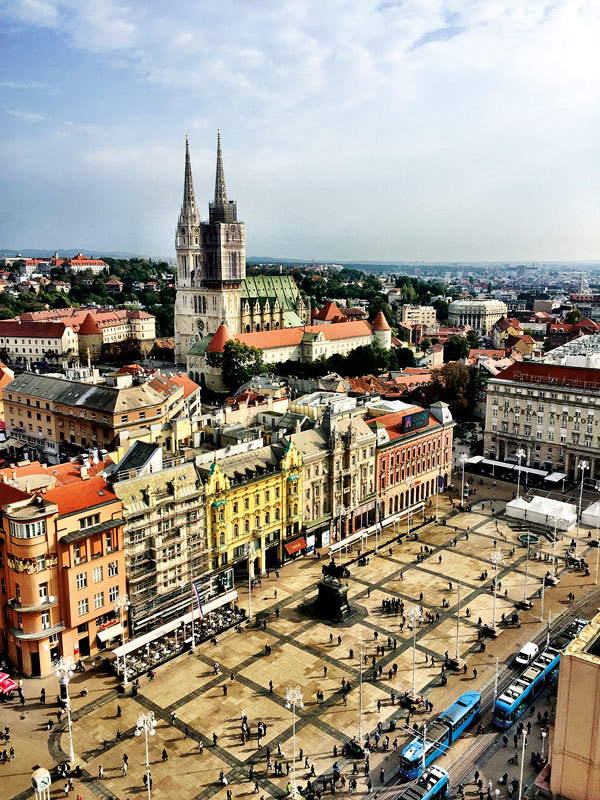 Through a labyrinth of cobbled streets and roads, one eventually reaches Tkalčićeva Street. Lined with cafes, restaurants and little shops, this is the perfect place to take a break from work, relax on the weekends and have a chat with friends over a coffee. In fact, as the tour guide explained, the people of Zagreb happily cultivate the art of drinking coffee: when meeting friends, he said, and ordering a tea instead of coffee, expect puzzled looks and inquiries about your wellbeing. 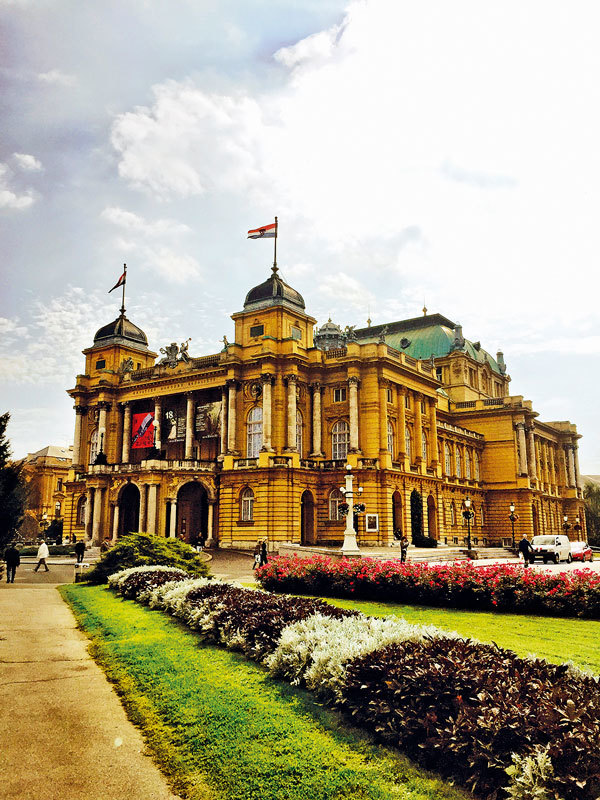 An enchanting flight of stairs leads to the Stone Gate, which has turned into a popular place of worship. It is said that a fire in the late 18th century destroyed the wooden gate – all but the painting of the Virgin and Child. Today, passersby are greeted by flickering candles and flowers placed beneath the wall, as many people still regularly come here to pray.

Moving on to St. Mark’s Square, past the old pharmacy that has been in business since the 14th century, one has reached the one place in Zagreb where past and present come visibly together. St. Mark’s Church in the center of the square is surrounded by some of the most important government buildings. 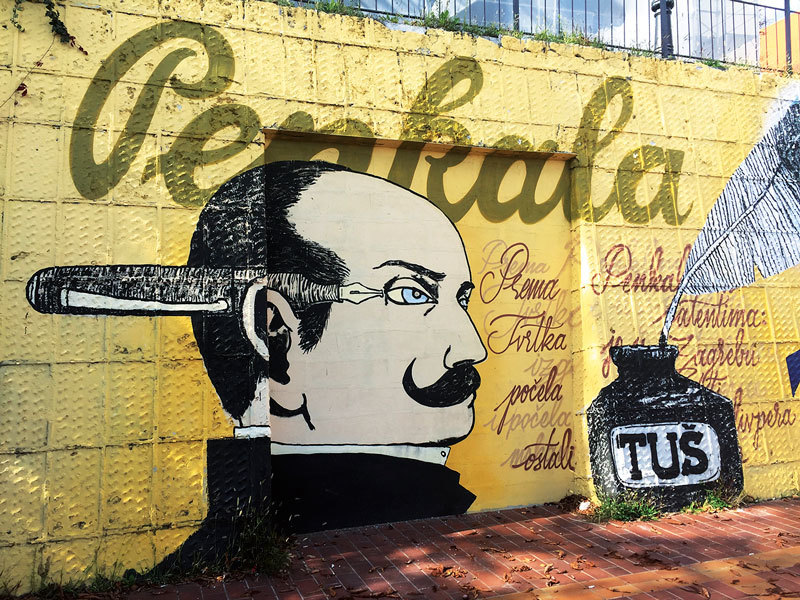 Around the corner lies the Museum of Broken Relationships that explores lost loves, broken hearts and other human relationships that have met tragic ends. It was started by a Croatian couple that broke up after four years and joked about opening a museum to find a home for all the personal items and mementos they had collected over their time together – they eventually turned this idea into reality and have since received numerous contributions from strangers who wanted to share their own stories. The museum boasts a collection that is both humorous and touching. Walking through the exhibition rooms is like looking into a mirror. After all, everyone knows how ugly a breakup can be, how devastating the loss of a loved one, how disappointing the betrayal of a lover. 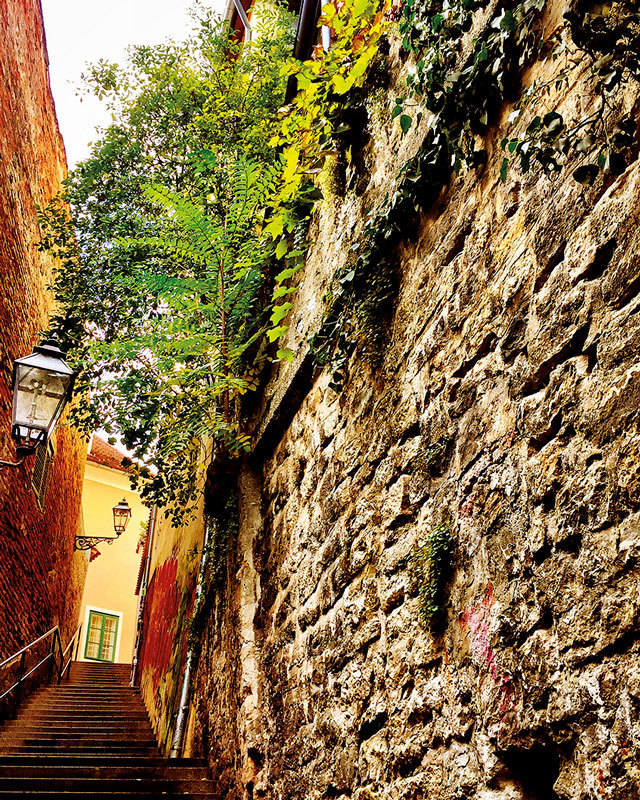 When indulging in bittersweet nostalgia at the Museum of Broken Relationships becomes too much to handle, it is perhaps time to head back to reality – and what better way to do so by witnessing the blast of cannon fire from the Lotrščak Tower? The Grič cannon has been fired every day at noon since 1877 to mark midday – blink and you will miss it, although you will certainly be able to hear it regardless of your whereabouts in the city.

After exploring Zagreb’s lovely Upper Town, make time to visit Lower Town as well – it is in no way inferior to its counterpart and is filled with architectural gems, museums, theatres, parks and galleries. The Museum of Arts and Crafts is a treasure trove, housing more than 160,000 objects, including furniture, ceramics, paintings and an extensive clock collection on the top floor. The museum and the Croatian National Theatre across the street are located within Zagreb’s “Green Horseshoe”, where fountains, monuments and green spaces are spread over eight parks forming a “horseshoe”, a masterstroke that sprung from the mind of urban planner Milan Lenuci in the late 19th century. 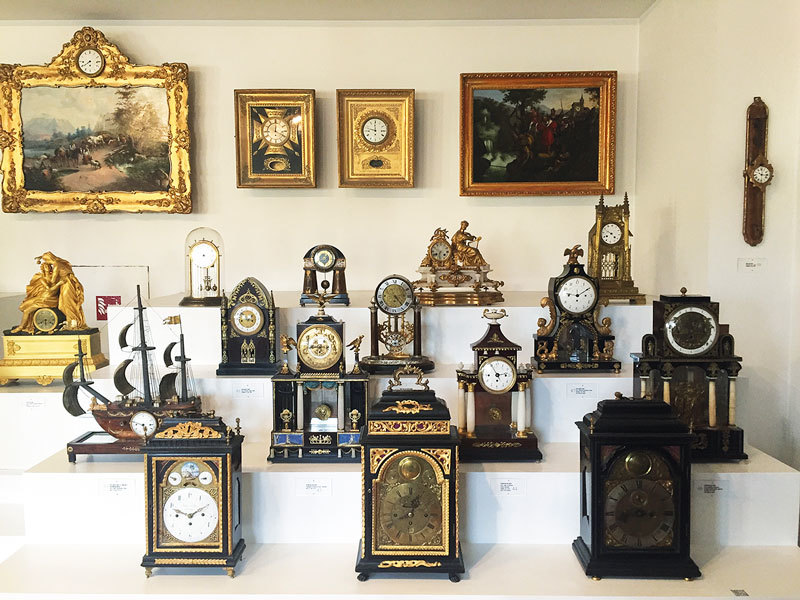 When planning to visit the best capitals in Europe, most travelers immediately think about Paris, London, Berlin or Rome. Zagreb still remains off the radar, also often overshadowed by Dubrovnik in southern Croatia, which has seen an influx of tourists with the rising popularity of TV show Game of Thrones - as one of the shooting locations for the series, Dubrovnik is flooded by fans who want to walk the streets of “King’s Landing”.

Therefore, Zagreb is somewhat of a hidden gem - and this might be a blessing in disguise. It doesn’t feel overcrowded, and the people are friendly and welcoming. It is easy to get around - the public transportation system is fast and efficient - but discovering Zagreb on foot is even more fun. More than that, the crime rate remains very low, so visitors can take their time to explore every corner, from the city center to the outskirts, from early morning to late at night, without feeling unsafe or being rushed. And isn’t that exactly what we want when unraveling the secrets of a place unknown?

This article is part of a series of stories about Croatia. NOW! Jakarta joined a media trip to Croatia in October, which was sponsored by Turkish Airlines, the Croatian National Tourist Board and local partners.