Heritage, Culture and History in Kotagede

Kotagede is an old city that has many treasures, including the tombs of the founding kings of the Mataram kingdom. Among Kotagede’s many riches is the Dalem Natan Royal Heritage building, a Javanese-style house.

Kotagede is at the centre of an upmarket suburb and the hub of Yogyakarta’s centre of silver jewellery and handicrafts. Located in the southeastern part of the city of Yogyakarta, Kotagede is romantic in its own right. Most interesting and historical sites can be visited on foot and travellers can walk down small alleys, meeting fellow pedestrians and taking in the local culture along the way.

Kotagede was the capital of the Mataram kingdom, every inch of its land rich in history, extending from the Hindu Mataram to the Islamic Mataram era. The region is home to ancient historical buildings as well as cultural heritage sites. Every corner is occupied by old buildings which are a feast for the eyes. One of the cultural heritages is nDalem Natan Royal Heritage where visitors can see the beauty of its art nouveau and artdeco structures.

Formerly named as nDalem Prayadranan, nDalem Natan was built in 1857 as a private mansion. The earthquake in May 2006 destroyed the house and having been abandoned for several years, it was finally sold by the fourth generation of the owner’s family. Many people have expressed regret over this. Fortunately, this cultural heritage was saved, and returned to its former glory, by the new owner, Nasir Tamara. He painstakingly recovered the material left over from the old building, however small they were. His desire to complete the house to the palace’s standard and the effort to save the nobility of the cultural work continues until today.

After the building was renovated and rebuilt according to the original building’s shape, it was converted into a guesthouse and developed as an art space named Natan Art Space (NAS) and the resident for artists.

The character of a house is closely related to the life of the owner. Like nDalem Natan, sources say that the previous owner who was a wealthy merchant in the field of transportation also owned a bank during the Mataram kingdom and was also close to the kingdom and had authorisation to build a large house.

From the outside, the building doesn’t look like a guest house even a house in general. This luxury building is supported by art nouveau style, stained glass with floral style, curved lines found on the door and pineapple motifs on pillars made of teak wood. Various furniture also carries the same style, such as tables and cabinets, and window trellis made by solid iron, ceilings made of steel and floral motif porcelain throughout.

Like typical old Javanese-style houses, nDalem Natan Royal Heritage is divided into several parts, which are Pendopo or front open terrace which functioned as a space in which to conduct formal activities such as meetings, ceremonies and art performances. Even though it’s located at the front, Pendopo is not the reception room. Visitors can enter the home from the side entrance. A row of curved art nouveau-style teak wood doors decorate the left and right side of this pendapa.

On the west side of the Pendopo is a place for Batik gallery and craft shop which offers indigo dye batik, classic batik and traditional crafts. Periodically it also open for batik and shibori workshops.

Pringgitan, a transition space between the pavilion and the palace. It serves as a space to receive guests and relax in the afternoon. In ancient times it was usually used as a puppet shows, arts and public activities.

Sentong kiwa can be used as family bedroom or rice storage and farm equipment. While sentong tengen has the same function as the sentong kiwa.

The house also has gandhok, an additional building in the left and right sides of the house. At the bacak part there are some spaces for kitchen and making batik. Here, too, are a series of aesthetic and meaningful trellises in windows and collections of artworks, priceless views at this part.

Each room in this house is filled with antique collections ranging from classic Javanese room interiors, ancient beds and tables and chairs. And most the furniture features artistic carvings.

The owner’s business life is clearly engraved in various angles. On the trellis there are icons of transportation such as a compass, anchors, wheels and boats describing the philosophy of life. The life depicted in a boat in the middle of an endless ocean, the wheel of life that always leads to “the creator” are some meanings that can be seen from the window trellis.

Evidence of the Mataram community can also be seen in the stained glass in representations of present-day Mount Merapi and the South Sea. Scars on the door are the visual representation, too. The artistic lines with the tip of the arrow refers to the name of Allah, in the North and South as the representation of Mount Merapi and the South Sea, and the four elements of life; fire, water, soil, and water, which also depict the mix of Sufi Islamic culture and Hindu Mataram culture.

Dalem Natan is a historic heritage that continues to embrace today’s life. The house functions as a public space as part of efforts to restore and spread awareness of the need to preserve heritage. 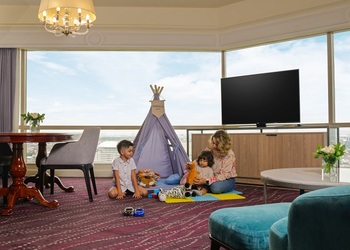 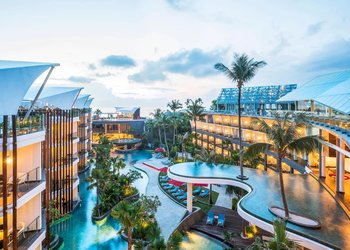 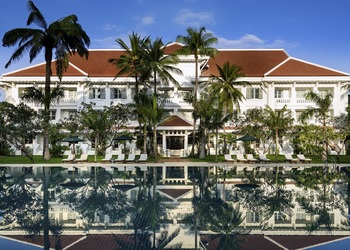 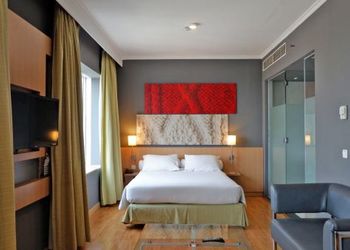 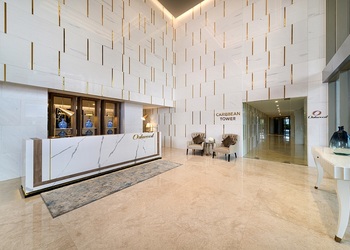