The Duke of Edinburgh’s International Award Foundation for the first time hosted a Gold Award and Special Projects Presentation Ceremony at Gran Melia Hotel in South Jakarta in May to celebrate the achievements of Indonesian young people who have completed their Award. 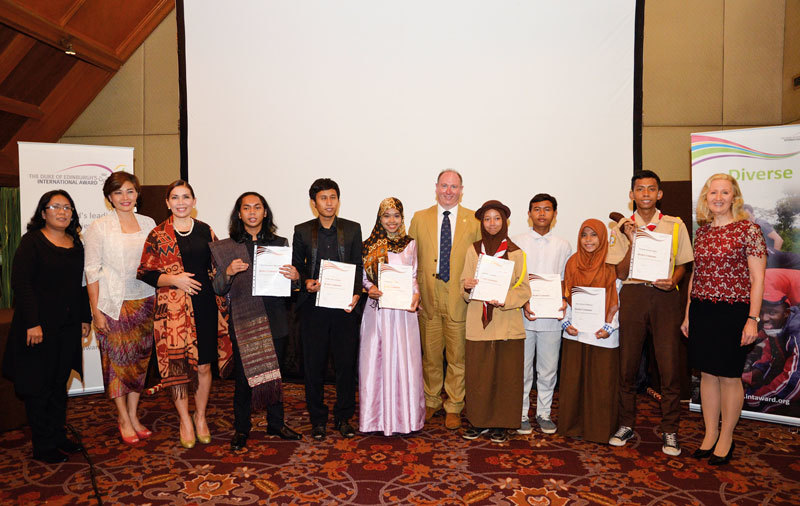 The Award, which was founded by HRH The Duke of Edinburgh sixty years ago and has since attracted worldwide interest, revolves around the idea that not all learning has to happen in the classroom. Instead, the foundation believes that young people need experiences outside the classroom in order to become more committed and responsible.

The Duke of Edinburgh’s International Award is available to all 14-24 year olds and is the world’s leading youth achievement award, which comprises of three levels, namely Bronze, Silver and Gold.

Participants design their own Award programme, set their own goals and record their own progress. They choose a Service, Physical Recreation, Skills activity, go on an Adventurous Journey and, to achieve a Gold Award, take part in a Residential Project. The only person they compete against is himself or herself. Special Projects funding supports young people from minority groups, who are experiencing challenges, to enable an equal opportunity and access to the Award for all.

The Award in Indonesia first began in 1993 and has benefitted over 10,000 young people in the country. The recipients of the Awards during the recent ceremony came from different schools, projects and NGOs, including SOS Children Village, Wisma Cheshire, Paskibra Group and Ciliwung Bersih Bstari Project. H.E. Moazzam Malik, Ambassador of the United Kingdom to Indonesia, ASEAN and Timor-Leste, and the Foundation’s Secretary General John May presented the Awards.

“I first got involved with the Award when I was 14 years old,” John told NOW! Jakarta after the ceremony. “I was still at school at the time and did the Award as a scout and have continued volunteering ever since. Six years ago, they asked me if I was interested in becoming the Secretary General of the Award, and I couldn’t say no, so I now have the immense privilege of representing the Award in 140 different countries around the world.”

When asked what makes this Award so special, John said that it is truly unique. 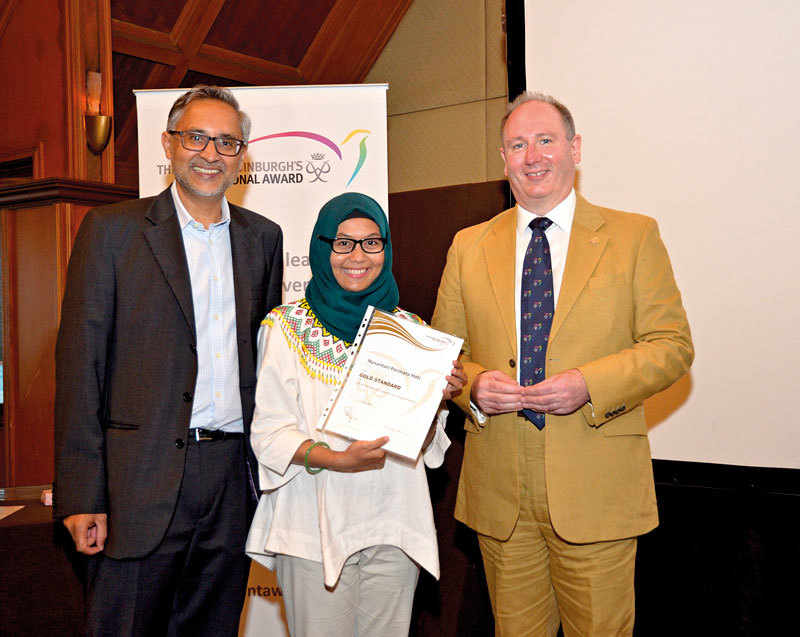 “The Award is really just two things,” he said. “It is a way of describing what we think good non-formal education looks like, and it is a way of celebrating young people’s success. In today’s ceremony, you saw young people who are scouts, who are at school, who are street children – they come from every walk of society. I think what makes us truly unique is our international nature, so the framework – the simple idea that young people might undertake some service to the community, learn new skills, do some leadership training through adventurous activity and do physical activities – can be contextualized for wherever you are.”

John added that the potential in Indonesia is amazing, seeing that the approach to education in the country is changing.

“For the last 20 or 30 years, schools mainly concentrated on basic reading and writing, arithmetic, basic science and academic qualifications, and the quality of academic rigour has improved,” he explained. “But there is a problem because whilst young people are leaving school – not only in Indonesia, but all over the world – better qualified than ever before, they are not learning the skills and behaviours and attitudes that they need to be successful in life.”

According to John, employers often bemoan the fact that young people lack strong resilience, are unable to work in teams, cannot communicate effectively, don’t understand the concept of punctuality and don’t have a set of values that help them being good citizens.