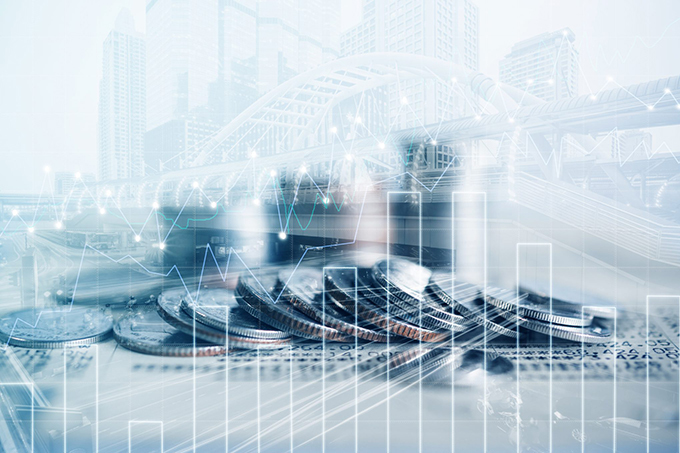 The global economic contraction continues and the recovery of the world economy takes longer than previously estimated.

The spread of COVID-19, which has increased again in several countries such as the United States (US), Brazil, and India, influenced this development. In addition, the mobility of economic actors who have not returned to normal in line with the implementation of the health protocol also restrain economic activity. This development has led to the limited effectiveness of various policy stimuli taken to encourage economic recovery in many developed and developing countries, including China.

A number of global economic indicators show weaker demand, low expectations of economic actors, and export demand that has been stalled until June 2020. In line with the weaker global demand, trade volumes and world commodity prices are also lower than previously estimated and reduce the pressure of global inflation. The slow recovery of the world economy and the increasing geopolitical tension of the US-China have raised global financial market uncertainty. This development finally held back the continued flow of capital to developing countries and again put pressure on the exchange rates of developing countries, including Indonesia.

National economic growth in the second quarter of 2020 is expected to contract, with the lowest level recorded in May 2020.

This development was influenced by the contraction of the domestic economy in April-May 2020 in line with the impact of the Large-Scale Social Restrictions (PSBB) policy to prevent the spread of the COVID-19 pandemic which reduced economic activity. The latest developments in June 2020 show that the economy has begun to improve in line with the relaxation of the PSBB, although it has not yet returned to pre-COVID-19 levels. Some early indicators of domestic demand show this positive development, as reflected in retail sales, the Purchasing Manager Index, consumer expectations, and various other domestic indicators, which have begun to increase.

The resilience of the external sector of Indonesia’s economy remains good.

Rupiah exchange rate remains under control in accordance with fundamentals.

The point-to-point Rupiah in the second quarter of 2020 experienced an appreciation of 14.42%, which was influenced by a significant influx of foreign capital in May and June 2020, although it averaged a depreciation of 4.53% due to weak levels in April 2020. In early July 2020, the Rupiah and regional currencies are slightly under pressure due to global uncertainty, including the re-emergence of US-China geopolitical risks

The June 2020 Consumer Price Index (CPI) inflation was recorded at 0.18% (mtm) or 1.96% (yoy), down from the previous month’s inflation of 2.19% (yoy). With this development, CPI inflation up to June 2020 was still low at 1.09% (ytd). By component, core inflation declined due to slowing domestic demand and Bank Indonesia’s consistency in directing inflation expectations on target.

The synergy of Bank Indonesia’s monetary expansion is strengthened by the acceleration of the Government’s fiscal stimulus in promoting national economic recovery.

The synergy includes the role of Bank Indonesia for funding the 2020 state budget through the purchase of SBN from the primary market, both based on market mechanisms and in private (private placement) in accordance with the Joint Decree of the Minister of Finance and the Governor of Bank Indonesia on April 16, 2020 and July 7, 2020. The synergy of monetary and fiscal policies is part of a joint effort to accelerate the implementation of the National Economic Recovery program, while maintaining macroeconomic stability.

The capital adequacy ratio (Capital Adequacy Ratio / CAR) in May 2020 remained high at 22.14%, and NPL (Non Performing Loan / NPL) remained low at 3.00% (gross) and 1.17% (net). However, lending / financing from the financial sector is still limited due to weak domestic demand and banking prudence due to the continued pandemic of COVID-19. Credit growth in May 2020 was 3.09% (yoy), slowing compared to April 2020’s growth of 5.73%. The development of credit restructuring during the COVID-19 pandemic is predicted to reach its peak in April 2020 and the implementation of a government guarantee program for MSME credit in the context of national economic recovery is expected to encourage recovery in intermediation performance.

Going forward, Bank Indonesia will continue to accelerate the implementation of the Indonesia Payment System Blueprint 2025 to support digital economic and financial activities in the new normal era, encourage national economic recovery, and accelerate economic and financial inclusion. Bank Indonesia will also continue to strengthen synergies with the Government and related authorities, to support the distribution of non-cash social assistance in the context of economic recovery.