The BCI is a series of snap-shots on the economy and government performance that reflect the overall confidence of business towards, revenue, head-count, profit and future investment. BCI 2019, the seventh annual survey is designed and managed by BritCham, commissioned by the European Chamber of Commerce Indonesia (Eurocham) and co-funded from the European Commission.

Corine Tap, Chair of EuroCham Indonesia emphasized that, “the BCI represents the views of the corporate members of participating chambers on doing business in Indonesia. It focuses on the Indonesian regulatory framework particularly with respect to potential economic reform and outlook, the investment climate and future investment plans. These findings represent the opportunities and challenges of doing business in Indonesia and point towards where collaboration between the Indonesian government and industry players might be directed. Through a strengthened collaboration, we are confident that the result can be more new investment and the further expansion of EU businesses already invested in Indonesia.”

Some of the key findings from this year’s report are: 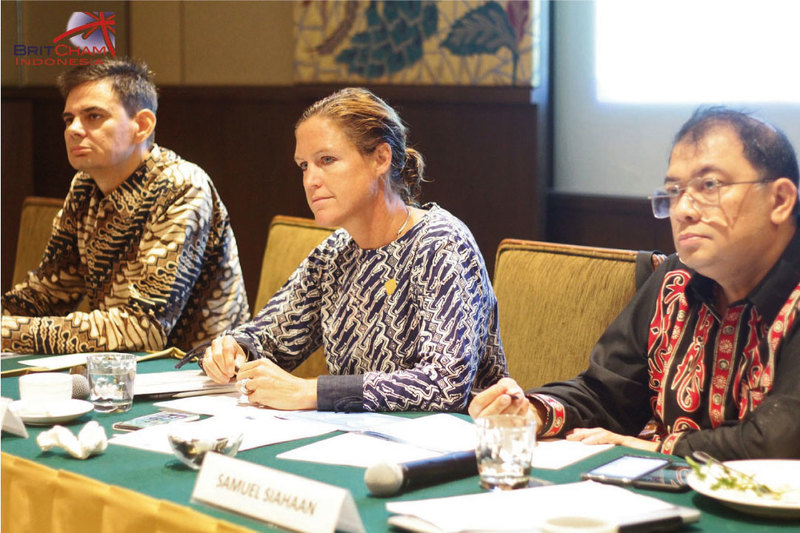 On the topic of business environment in Indonesia, Ainsley Mann, Chairman of BritCham, said, “Whilst the overall trajectory is positive, a number of sectors are still struggling to gain sufficient traction to fulfil their potential particularly when compared to other ASEAN competitors. However, we are greatly encouraged by some of the more positive recent policy announcements and fully support for example the move towards encouraging far greater collaboration in the vocational and higher education sectors so as to upskill the labor pool.”

Holder added that with the positive macroeconomic outlook and positive progression made by Indonesia in several sectors, especially in infrastructure, there is enough positivity in the results to stimulate more trade and investment interest across all Europe.