Taking place at his official residence on May 23, Canadian Ambassador to Indonesia HE Peter MacArthur launched a series of celebrations commemorating the 150th anniversary of Canada. 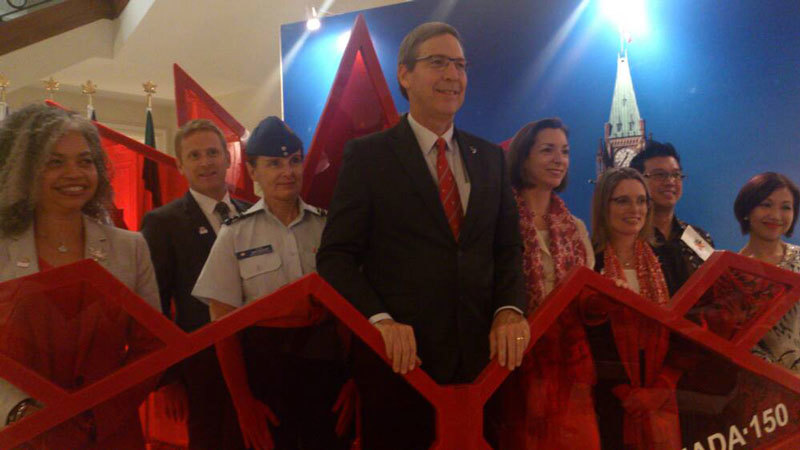 Against giant backdrops of the beautiful Lake Moraine in the Rocky Mountains, a lake fed by the glaciers in Banff National Park, Ambassador MacArthur greeted guests by paddling a modern kayak, in honour of the ancient invention of the Inuit, an indigenous people inhabiting the Arctic regions of North America. Today, kayaks have become the world’s most popular self-propelled watercraft used to explore rivers, lakes and oceans around the world.

Ambassador MacArthur noted that these ties to communities, the natural environment, and to an important part of Inuit culture and tradition made the kayak a fitting symbol to commence the celebrations of the 150th Anniversary of Canada’s Confederation.

Established on July 1, 1867, the Canadian Confederation is one of the world’s oldest democracies. Throughout 2017, the Canadian Embassy in Jakarta will be hosting a variety of special events, including the marquee Canada Day celebration, which will take place in July in Jakarta.

The celebration this year are focused on four themes, which are:

Diversity and Inclusiveness
Canada sees diversity as a source of strength. Prime Minister Trudeau has told Canadians that Canada is one of the most diverse countries in the world and that this is what makes it strong. Canada is home to people of every race, religion, sexual orientation, shape and size – which brings it many benefits: higher rates of economic growth, better social cohesion as well as tremendous cultural and civic benefits.

Reconciliation with Indigenous Peoples
The Government of Canada is using the occasion of Canada’s 150th anniversary to further encourage reconciliation efforts with indigenous peoples and to celebrate the richness of these cultures and unity among indigenous peoples and other fellow Canadians. Canada has taken an important step in advancing the work of reconciliation by committing to implement the UN Declaration on the Rights of Indigenous Peoples (UNDRIP) in full partnership and consultation with First Nations, Inuit and Metis. Canada also supports many other UN activities and mechanisms to advance indigenous rights. 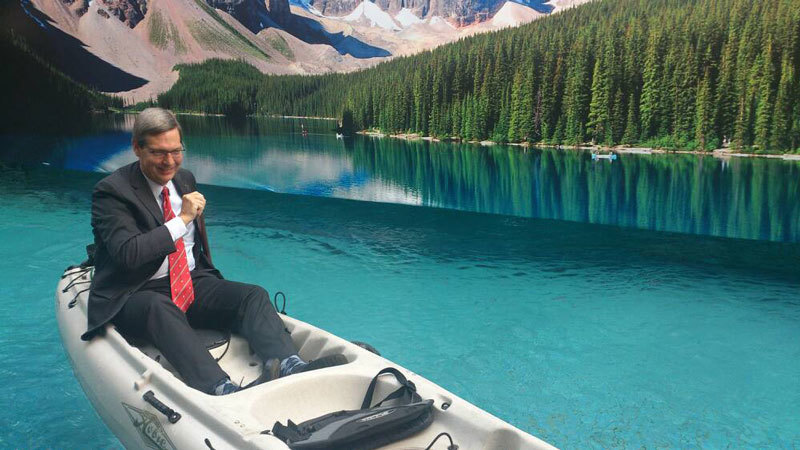 Youth
For Canada, young people represent a generation of true global citizens. Add to that a world that is better networked and connected like never before, namely through the use of new technologies and social media. Canada is committed to promoting youth rights, building civic literacy and providing opportunities for more young people to become active and to meaningfully participate in their communities and countries.

Environment
As part of Canada 150, Canada wants to reaffirm its commitment to preserving the natural environment and its wealth of resources for Canadians today and in the future. For Canada, this means promoting an ambitious climate action plan. It also means pursuing a progressive trade agenda that will continue to put Canada at the forefront of clean technologies. Canada’s economy is propelled by leading science and technology industry, as it continues to play a leadership role in responding to climate change.

Canada’s 150th anniversary brings a new vision for its economy: making the country a centre of global innovation. At the moment, Canada is developing new markets for its renewable energy resources and is keen to engage friends like Indonesia in promoting clean energy, such as by employing solar panel technology.

In many ways, Canada’s 150th celebration is a major national milestone and an apt moment to honour great accomplishments that highlight the country’s proud past and future, as well as an opportunity to reflect its relationship with the world, including the longstanding partnership with Indonesia.

In his remarks, Ambassador MacArthur highlighted the common grounds between his country and Indonesia – both are big countries with long coastlines, diverse and multicultural societies; both possess understanding of the value of “unity in diversity” and strongly believe in democratic development and the need for building open and prosperous societies.

The relationship between the two countries dates back prior to diplomatic relations, which were officially established in October 1952. Canada’s then Ambassador to the UN, General Andrew McNaughton played a key role in the adoption of a resolution that led to international recognition of Indonesia’s independence. Since then, bilateral relations have grown rapidly in the ensuing 65 years.

The event of launching was also used to highlight Canada’s contribution in Indonesia.

Today, Indonesia is a G20 partner and priority market for Canada. Bilateral trade flows have increased by 30 per cent since 2010. The two-way trade was valued at IDR 29 trillion in 2016, with Indonesian exports to Canada increasing exponentially by as much as 50 percent in the agriculture sector. Canadian companies are active today in Indonesia and create many jobs for Indonesian.

In cooperation with the Ministry of National Planning (BAPPENAS), the Coordinating Ministry of Human Development and Culture, the Ministry of Home Affairs, the Investment Coordination Board (BKPM) and provincial and district authorities in Sulawesi, the NSLIC project will help strengthen economic development at the national and regional levels in 10 districts of the provinces of Southeast Sulawesi and Gorontalo.

The embassy also used the anniversary celebrations to invite more Indonesian students to study in Canada. Aside from offering high-quality education system, Canada is also known for its tolerant society and safe environment. For many Indonesians, the attraction also lies in the fact that Canada offers newcomers work opportunities and a better quality of life.

Last year, there was a 30 per cent increase in study permit applicants and by now statistics show there are nearly 1,500 Indonesian citizens pursuing their studies in Canada. 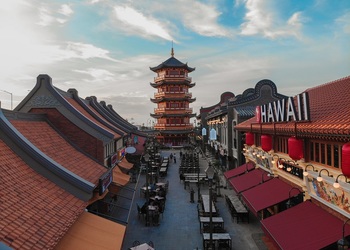 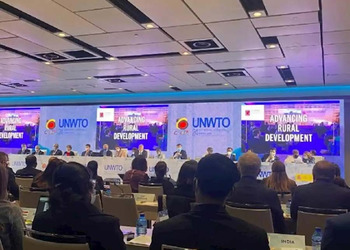