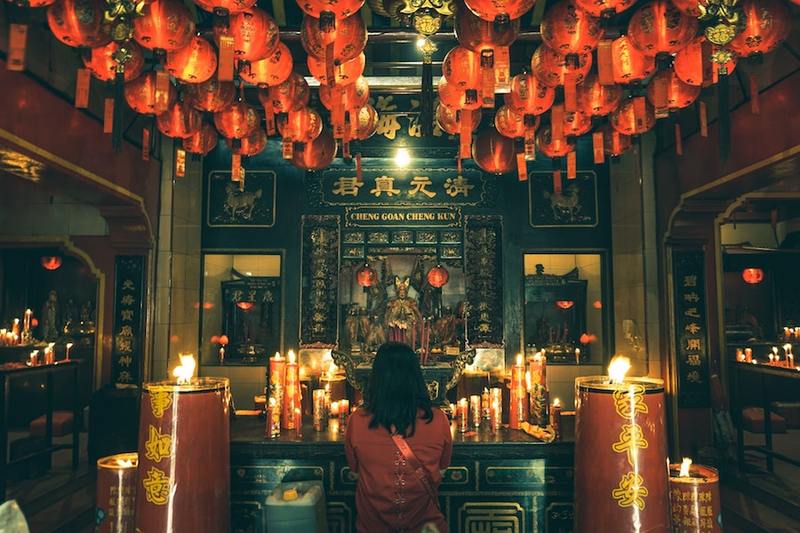 Chinese New Year celebrations have indirectly added to Indonesia’s cultural enrichment, both as religious rituals and community traditions, reflecting a significant percentage of the population’s heritage and beliefs.

It’s easy to see when the Lunar or Chinese New Year (CNY) is around the corner, festive scarlet decor adorns every street, storefront and home. Being associated with wealth and good fortune, red decorations are hung to ward off Nian -a lion-like monster- that is afraid of the colour red, according to chinese mythology.

But it’s much more than lanterns and dragons, CNY is one of the most important celebrations in Asia and much like the Western New Year (1st January), the biggest celebration is on the eve of the holiday often with firework displays to enhance the celebrations.

It is a new year based on the Chinese calendar (in Mandarin called Yinli) which is calculated based on the rotation of the month. The series of events carried out by Chinese people in welcoming the new year last for about two weeks. The ritual begins with the new year itself, which falls on the first day of the first month and ends with joy on the 15th day which in Indonesia is known as the Cap Go Meh celebrations or in China called the Lantern Festival. It is an important day for most of the Hokkien people. In Indonesia, the most vibrant Cap Go Meh are celebrated in Bogor (West Java), Singkawang (West Kalimantan), Palembang (South Sumatra) and Pontianak (West Kalimantan). 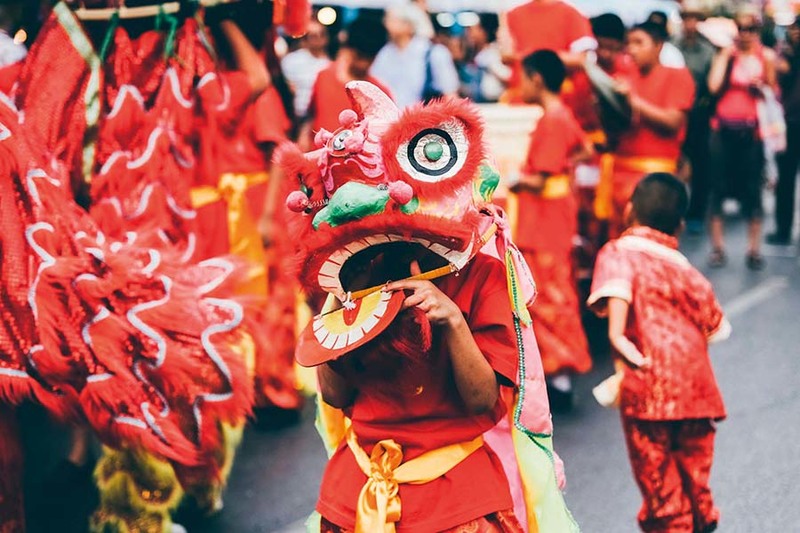 The distinctive feature of this festival is the dragon (liong) and lion (sai) dances, toapekong, and of course lanterns. The festival is associated with guiding lost and ill bred evil spirits home, while celebrating and cultivating positive relationships between people, families, nature and the higher beings  believed to be responsible for bringing and returning the light each year.

This year’s 2572 CNY is on 12 February marked with the change of the year of Metal Rat to Metal or Gold Ox. It is said that historically, the number of 2572 was counted since the birth of Kongzi, Confucius or Confucianism in 551 BC. then the number 2572 is actually the sum of 551 and 2021.

The fortune tellers think that the year 2021 will be a “transitional year”, after 2020, which some people consider the year of death due to the outbreak of the Coronavirus causing the domino effect in people’s lives: loosing  their jobs, many businesses going bankrupt, profits decreasing and many more negative factors. And like the traditions, CNY is a time to predict and observe fortunes throughout the year which is based on the Chinese zodiac signs (shio). The Chinese community believes that with the passing of the years, one’s fortune will also change, either it changes for the better or it gets worse. The luck in question is U Fuk, means Five Fortune; luck (fu), good name or position (lu), age (shou), wealth (cai) and descendant (ting).

As is the tradition among ethnic Chinese  who live in other parts of the world, in Indonesia, Chinese New Year is usually greeted with massive parties. The event also includes a series of religious ceremonies held at the pagodas. This series of ceremonies is usually followed by parades presenting the gods around the city before finally being placed back in their original temples.

Thanks to former President Abudarhman Wahid, the CNY celebration in Indonesia has been released openly without permission, which is utilized by both the Chinese and Indonesian communities as an expression of culture, religion and belief.

For Confucians, the celebration is widely understood as “brotherhood day” which presupposes peace, love and justice,  because Kongzi reminds us that “if we want to be upright, then we are also obliged to help people,  another to be upright. “ He was also reminds that in this brotherhood, we should not see it as compartmentalized, because in essence, in the four corners of the ocean, all humans are brothers, and all of that needs to be based on love (ren), wisdom (zhi) and courage (yong), which are the core of Kongzi teachings or the essence of Confucianism.

As reported by thechinesezodiac.org, the Year of the Ox 2021 will be a lucky year and is also perfect for focusing on relationships, brotherhood, friendship and love. And in the Chinese zodiac the Ox is very hardworking and methodical. It will be the year where work will be rewarded and the money-lucky zodiac signs will be the ones who will put in the hard work.