Southeast Asia is a major global hub of manufacturing and trade, as well as one of the fastest-growing consumer markets in the world - its economic profile is rising. However, in order to move forward, it needs effective and modern leadership on all levels. This is where Southeast Asia Leadership Academy SEALA comes in. 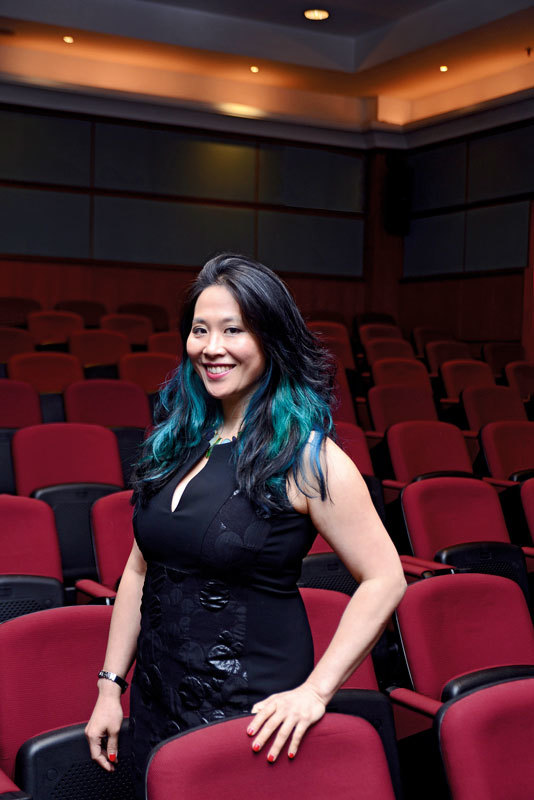 SEALA is a not-for-profit initiative, which was launched in 2013 by the Society of International Business Fellows (SIBF) on the model of the regional network organisations. Indonesian businesswoman Metta Murdaya is on SEALA’s Board of Directors.

“I met Anand Sharma, the founder of SEALA, trough my brother,” she said. “When he told me about SEALA, it was the first time I ever heard about it, to be honest, but he was very passionate about it and introduced me to the concept of leadership for the service of others - leadership for a greater purpose, something beyond yourself.”

This sense of leadership resonated well with Metta, who also went off the beaten path for her career. Growing up in the US, Singapore and Indonesia, Metta graduated from University of California at Berkeley in 1997 with a double degree in Cognitive Science and Architecture, and received her MBA from NYU Stern School of Business in 2002 in Finance and Management.

She came back to Indonesia to join the family business for a couple of years, but quickly realized that she wanted to go in a different direction.

“If you want to be successful, you have to do it on your own,” she said. “I always had an orientation towards merit-based success in my universe.”

In 2005, Metta founded JUARA, a natural skincare company in New York based on the Indonesian herbal tradition and beauty rituals from her own heritage. With offices in New York and Jakarta, JUARA has been recognized by the Trade Minister of Indonesia to be the first breakout Indonesian brand to be regularly featured in the international beauty market.

After meeting Anand and recognizing the importance of a leadership academy like SEALA, Metta sent one of her own employees to join one of the workshops - and was impressed by the result.

“She came back and was immediately more engaged with the company,” Metta recalled.

SEALA’s flagship event is the annual leadership workshop that serves as the gateway to membership and access to a rich programme of follow-on events. SEALA’s approach to peer education and exchanges, its depth of personal commitment, and its inter-connections with three sister organisations, and a parent organisation in other areas of the world, make SEALA a leadership experience unmatched in the region.

“The format of the workshop is a 10-day bootcamp,” Metta explained. “It’s designed that way on purpose, because people need time to warm up, to get adjusted. Within the ten days, they will join different courses and have classroom time, but they are also part of learning groups that consist of students, instructors and facilitators. The facilitators come from all over the world, whereas the participants of SEALA hail from nine countries, and therefore, there is a cultural diversity in these groups.”

At SEALA, participants are not only taught new tools, but more importantly they learn that they themselves are the tools.

“They realize that they are the key for making things happen, and everything else is secondary to how they view themselves as the driver or the pilot in order to move things forward and go that extra mile,” Metta explained. “What we try to do is to nurture their minds.”

Every idea is up for discussion, and every lesson is tested against experience to prove its worth. SEALA focuses on the real-life applications of leadership skills especially seen against the developing needs of South East Asia today.

Metta is the first to acknowledge that there are of course other leadership programmes, but she strongly believes in SEALA’s philosophy that focuses on people-centric skills. Possessing authority doesn’t go hand in hand with exercising leadership, and employees need an environment in which every member of the team can excel.

Potential candidates can apply through SEALA’s website, although Metta said that there are also quite a few referrals. The academy looks for participants who are citizens or residents of the nine SEALA countries.

“We are also looking for people with a strong learning mentality who have already reached a certain level of leadership and are still mid-career,” Metta explained. “It means, that you still have at least ten years ahead of you, during which you have the energy to develop, grow and have an impact.”