As part of its 20th anniversary celebration, DKT Indonesia, an organisation dedicated to promoting family planning and lowering HIV infection rates in the country, organised a conference to promote Sustainable Development Goals (SDG) as guidance toward a better, healthier Indonesia. 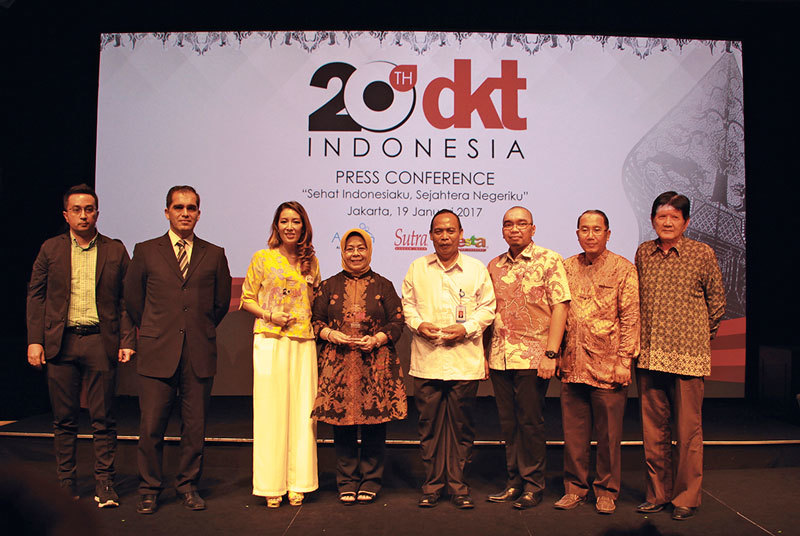 Held in January 2017, the conference entitled SehatIndonesiaku, Sejahtera Negeriku (Healthy, Prosperous Indonesia) brought to attention the importance of family planning to trim the country’s birth rate. According to the World Population Data Sheet 2016 and Indonesia Demographic Health Survey 2012, Indonesia now boasts a total of 259.4 million people, making it the fourth most populous in the world. The conference also focused on the crucial role of sex education to lower HIV infection rates. As figures from the Indonesian Health Ministry show, the number of people infected with HIV had reached 208,920 in 2016.

Since its establishment in 1996, DKT Indonesia has been the Ministry’s main partner in raising public awareness of those issues through social marketing, by ways of providing affordable condoms such as Fiesta and Sutra. By 2012, the organisation had managed to sell roughly one billion condoms, packaged with the mission to promote safe sex and birth control. In addition, DKT Indonesia also manufactures reliable contraceptives, Andalan, which have been made available through midwives and public health facilities throughout Indonesia’s villages and rural areas.

“We emphasize the importance of TTM. I’m not talking about the [popular song title]TemanTapiMesra (Friends with Benefits); but rather, Tahandiri[abstinence, not engaging in premarital sex], Tetapsetia[not changing partners], and Main Aman[safe sex],” said Deputy GM Condom Business Unit of DKT International Pierre Frederick.

In keeping with the digital era, DKT Indonesia has also launched sex education platforms on the Internet, which include www.tundakehamilan.com and #UbahHidupLo, aimed at teenagers and young adults. The organisation is also slated to publish a complete book on reproduction health to help parents provide their children with proper sex education.