True to the saying that doing good is good for business, successful companies and organizations should include the approach of “doing good business” in their long-term plans and strategies. 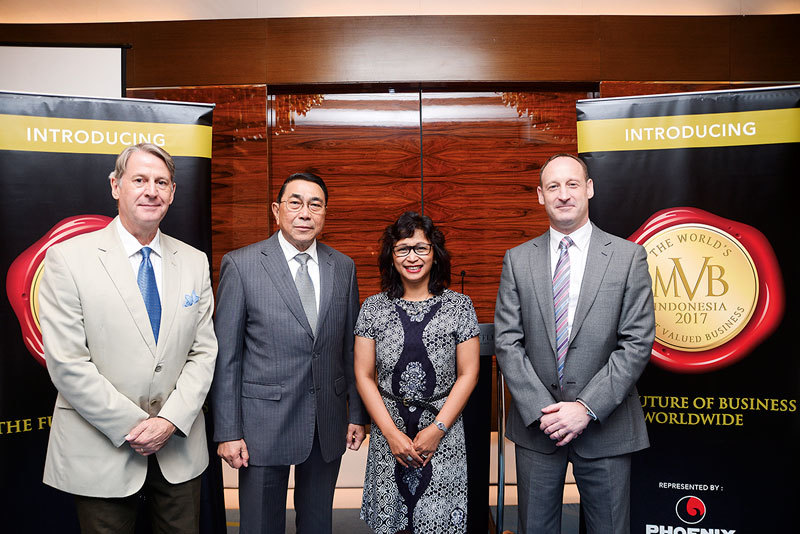 The World’s Most Valued Business (MVB) has turned out to be the right thing at the right time for the rapidly increasing number of responsible and consumer-focused businesses operating around the world today. To accomplish its mission to promote companies who are actively pursuing good business practices, MVB strongly believes that collaboration with all related parties is the key to do so.

With the exponential growth of the internet and the adoption of digital platforms by the global business community, a whole new level of access to information is making it beneficial for companies to become more transparent and honest in their dealings with stakeholders and consumers at every level. MVB is the bridge between these concerned groups, supplying facts and information to help responsible businesses convey their message to the rapidly growing number of people who want to know more.

This new wave of responsibility, honesty and transparency in the global business community brings with it a need to highlight, encourage and publicise the companies who are leading the way and differentiate them from more unscrupulous operators who have not yet realised the need for better business practices. This helps to give responsible companies the competitive advantage they deserve and enables them to invest more into the long-term wellbeing of people and the planet. 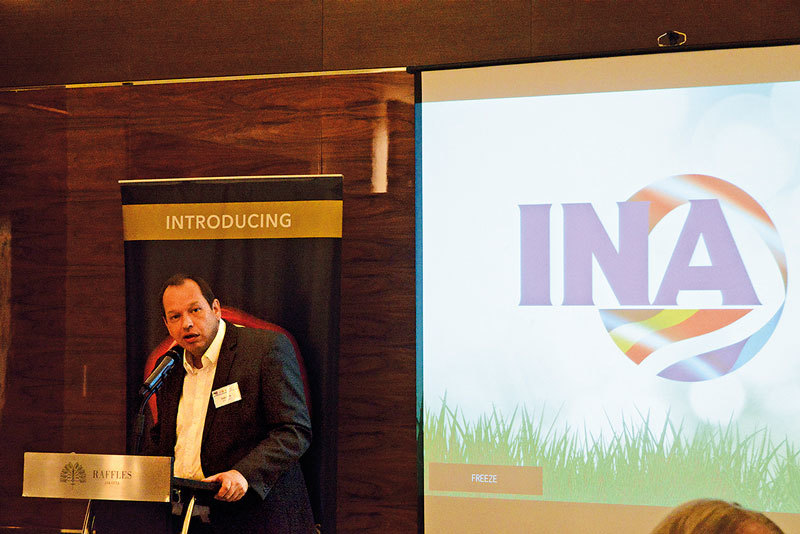 By setting seven critical value areas to begin identifying levels of corporate achievement in these important aspects - namely sustainability, best possible business practices, ethical employment, safety and security, customer service and respect, environmental friendliness and corporate value - companies can look critically at their own performance and ensure that they are heading in the right direction.

The MVB Programme itself is not a competition, but a collaboration. It helps to identify the positive activities undertaken by a company and give added value by creating platforms to share their stories to consumers where MVB members can actively participate.

As an effort to make this positive initiative familiar with the public, MVB Indonesia has partnered with renowned Indonesian entrepreneur and entertainer Daniel Mananta as the official MVB Ambassador. Daniel was chosen for his relentless commitment to spread the spirit of modern patriotism among Indonesia’s young generation through his clothing line, Damn! I Love Indonesia. 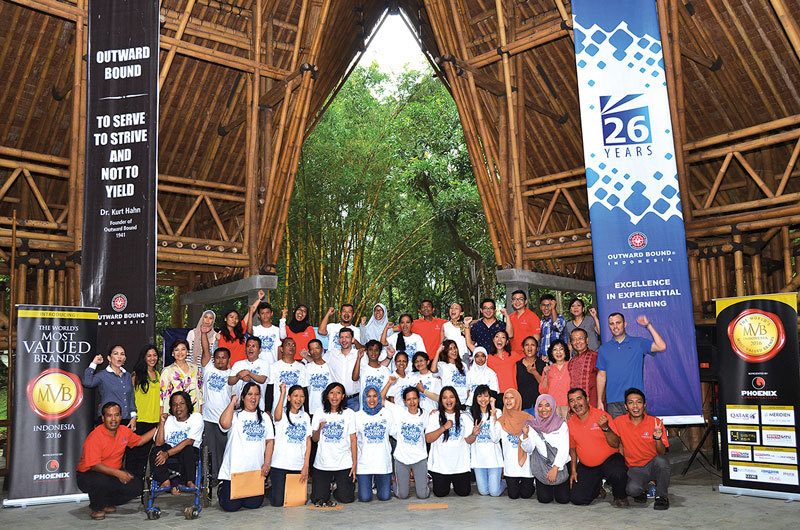 Through strategic partnerships encompassing TV, radio, print and digital media, MVB is in a position to effectively convey a very positive message about what responsible businesses are doing to make the world a better place for us all. Talk shows, print articles and regular social media updates spread the word in a very credible way and show consumers which businesses have more than just profit at the heart of everything they do.

In addition to working together with its members, MVB also engaged in special collaborations with institutions from specific areas since it was first established in 2015. Last year, in cooperation with Outward Bound Indonesia as MVB Transformation Partner and members of the MVB Indonesia 2016, the “Turning Disability into Achievement” Programme was executed, aiming to empower 20 disabled people and restore their confidence with a special workshop dedicated to turn hopelessness into hopefulness.

At the same time, the MVB “Tinypreneurs” was a sustainable businesses programme fully supported by Coca- Cola Amatil Indonesia, IKEA Indonesia, Sarung Gajah Duduk and other MVB Indonesia 2016 members aimed to support ten selected under-privileged women under the Biji Sesawi Foundation who were trained and equipped to become small retailers.

The concept of sustainable development is receiving growing recognition, but it is a new idea to many business executives. For many, the concept remains abstract and theoretical and is mainly associated with increased expense, not increased profit. Through a series of half-day seminars, MVB gives its members the opportunity to interact with each other so that they can discuss and share the latest and most effective methods and practices in use around the world today. 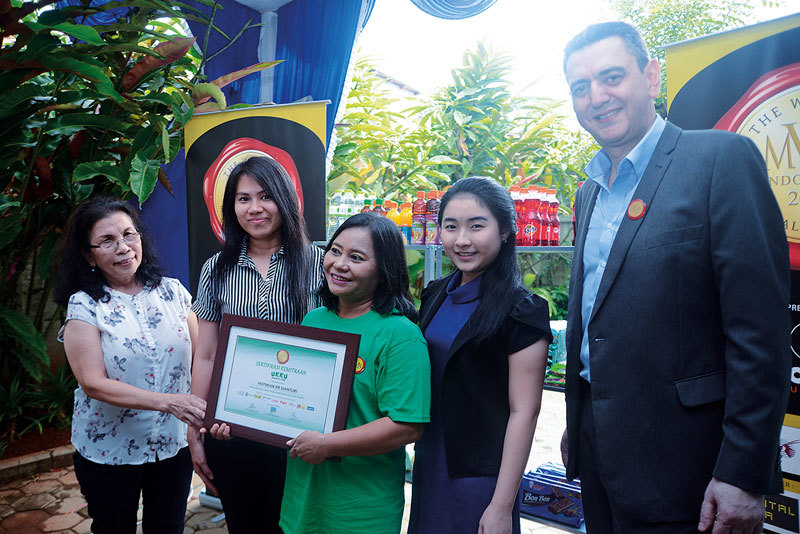 There is obviously no requirement to disclose sensitive business information, but the forum aims to encourage members to be open about things that might benefit people and the planet as a whole without sacrificing any business advantage. In its 2017 programme, MVB Indonesia has commenced a series of half-day seminars held at Raffles Hotel Jakarta collaborating with several organisations including  Jakarta Property Institute, Kiroyan Partners, The Australian Mining Chamber, The British Chamber of Commerce and Indonesia Netherlands Associations

The MVB programme has already taken the message to thousands of international companies in their efforts to help the “companies who care”  to stand up and be recognised for their achievements in ethical and responsible business practices. Current members of MVB Indonesia 2017 programme include Olympic Furniture, Panorama Tour & Travel, Coca Cola Amatil Indonesia, Grundfos, DAMN! I Love Indonesia, Brother Indonesia, Sababay Winery, PT. Doulton, Avani Eco, Contained Energy, Jababeka & Co., Ydigital Asia, Blue Bird Group, PT. HERO Supermarket Tbk and MVB Associate Members which include AETNA, Singapore International Schools, TRANS Resort Bali, Raffles Jakarta, and Le Meridien Jakarta - will all receive a special recognition in The MVB Appreciation Night at The Raffles Jakarta right after the International Conference that is scheduled to be held this month. The numbers are slated to increase as the chance to join the board is still open.

Many other major players have responded while some have hesitated, but it is certainly time for businesses to realise that more and more consumers are starting to care deeply about the ethics and responsibility of the companies they do business with - and they do prefer to spend their money on products and services produced in responsible and sustainable ways. We hope that your business will become one of those businesses as well!

To learn more about MVB, you can visit www.mostvaluedbusiness.com