It was a unique and memorable evening for the 18 companies that were recognised as The World’s Most Valued Businesses in Indonesia for 2016. Each member received a unique MVB trophy that was personally presented by the CEO of MVB International, Mr. Eamonn Sadler. 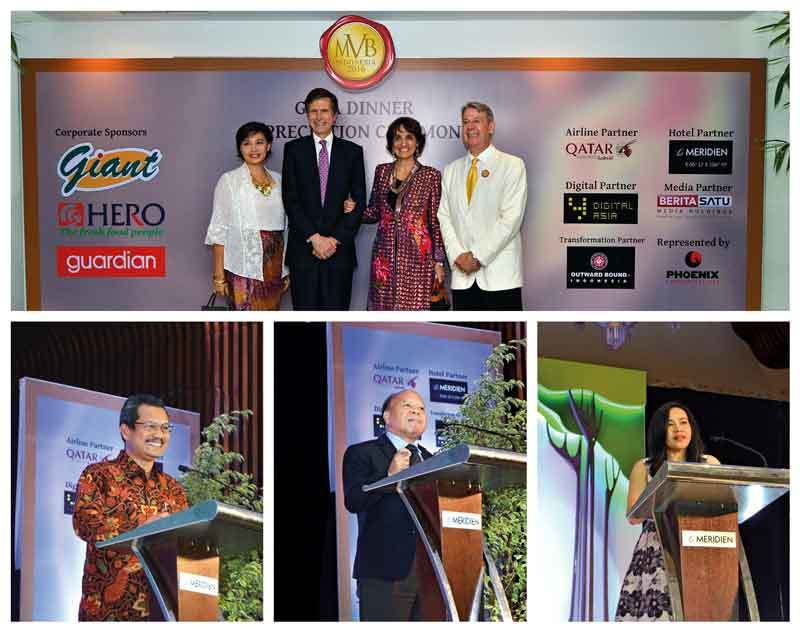 The Appreciation Ceremony was much enjoyed by the Senior Executives and company principles as the Ambassador of the United States of America, Mr. Robert O Blake opened the event with an inspiring speech. Thereafter all the guests were entertained by one of the top performing artists in Indonesia, Reza Artamevia. MVB Indonesia congratulates all of the World’s Most Valued Businesses in Indonesia 2016 members and hopes that their sustainability programmes will remain strong and bring nothing but positive results not just for the companies but also for their employees, nature, communities and finally, the future of the planet.