Right before the Christmas holiday, Indonesia’s President Joko Widodo “Jokowi”  inaugurated six new ministers and five deputy ministers to hold positions in his administration, the so-called Kabinet Indonesia Maju at the State Palace on Wednesday, 23 December 2020. After the public had found both corruption and lack of performance in the government body, the new formation in Jokowi-Ma’aruf Amin’s administration is the final result after an initial reshuffle in his second term in the office and it is expected to bring an improvement to the performance of the current sitting government.

The new faces of the ministers surprised the Indonesian public as the latest reshuffle has selected more people from political parties rather than professionals. There are also people who have no specific experience in handling the field of operations of their ministry. However, the public maintains their hopes for better performance in this administration for the following years and expects the checks and balances to hold the Indonesian government officials accountable.

The new names include the bold figure of the Mayor of Surabaya, Tri Rismaharini as the Minister of Social Affairs who replaced Juliari Batubara after the anti-graft institution, the Corruption Eradication Commission (KPK) made him a suspect in a case related to Covid-19 Social Aid in Jakarta Greater Area (Jabodetabek) in 2020.

Jokowi’s a former rival in the 2019 Election, ex-deputy Governor of Jakarta, as well as a prominent businessman, Sandiaga Uno is appointed as the new Minister of Tourism and Creative Economy (Kemenparekraf) replacing Wisnutama Kusbandio. 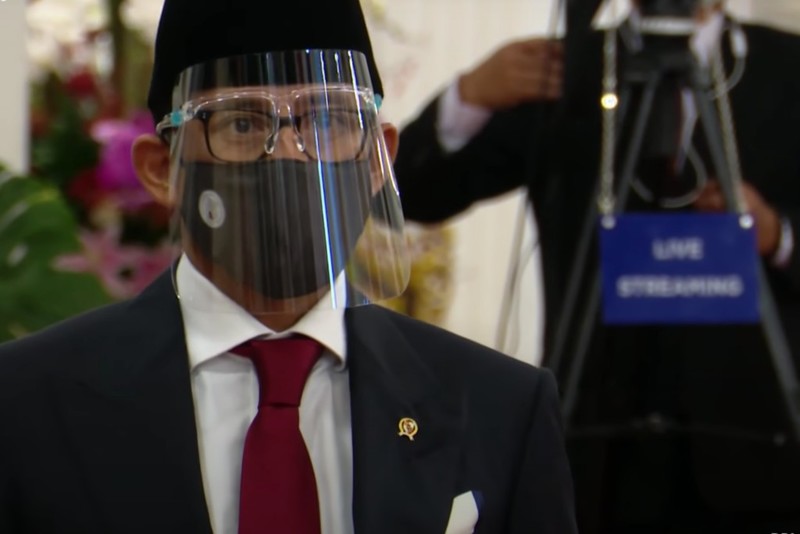 Wahyu Sakti Trenggono who previously held the position as deputy minister at the Ministry of Defense is designated as the Minister of Marine and Fisheries replacing the previous minister Edhy Prabowo who also became a suspect in a corruption case reported in November due to receiving gratification from other suspects regarding the granting of business licenses for fisheries products in 2020.

Budi Gunadi Sadikin who has no medical or public health-related background is appointed as the Minister of Health replacing Terawan Agus Putratnto who is perceived as a controversial figure by the public due to his lack of capability in handling the Covid-19 pandemic. Sadikin previously held the position of Deputy Minister at the Ministry of State-Owned Enterprises.

The title Minister of Trade is now held by Muhammad Lutfi who replaced Agus Suparmanto who was accused of a number of gaffes in the ministry including some related to export/import for commodities. Minister Lutfi is not a new name in the government administration and he is someone who has vast experience in the international field. Lutfi previously held the same position as the Minister of Trade during President Susilo Bambang Yudhoyono’s (SBY) second term in the office from February to October 2014. 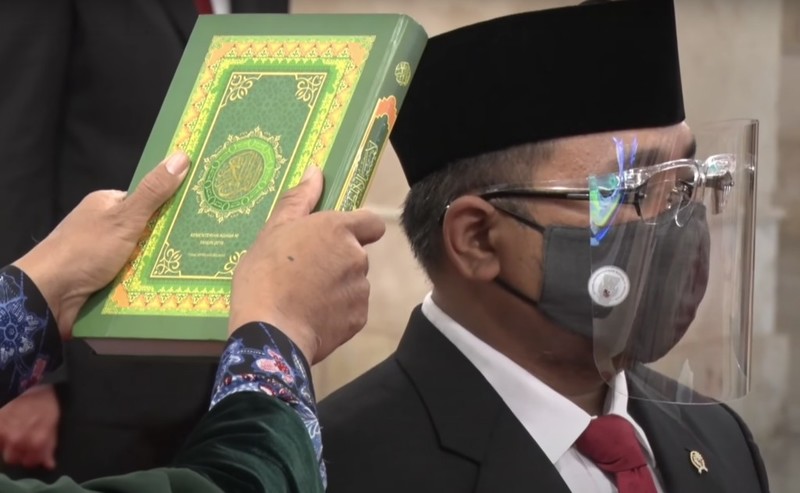 Yaqut Cholil Quomas, the new Minister of Religion earned a positive reaction from Indonesian communities on social media who appreciate him as a figure who supports religious diversity and inclusiveness in Indonesia. Quomas replaced the previous minister Fachrul Razi who has a mixed history arising from his obscure policies during his work as Minister.

Choosing the minister is a part of the president’s prerogative rights to establish the team who will run the government and the latest reshuffle arouses mixed reactions from the public in general and the political commentators. 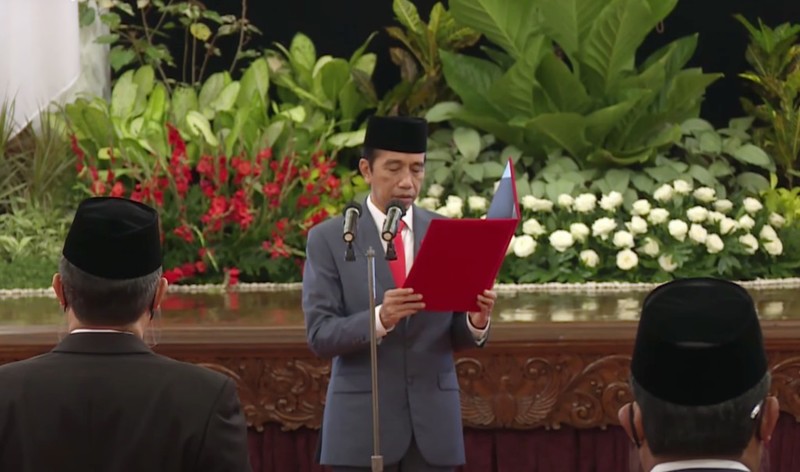 The recent analysis on The Conversation by Muhammad Zulfikar Rakhmat, a lecturer in International Relations at Universitas Islam Indonesia (UII) and Media Wahyudi Askar, the Research Associate at Institute for Development of Economics and Finance (INDEF) shows that percentage of people who are satisfied with Jokowi's administration fell to less than 40% in October 2020, Kompas reported. This figure is much lower than his first term in office when the public trust was more than 70%.

In 28 October 2020, Indonesia Political Opinion (IPO) also released a similar survey that showed the decline on public trust on Jaokowi-Ma’aruf Amin’s administration and signaled the potential of reshuffle in the government body as public were unhappy the lack of government performance especially during pandemic and economic crisis in 2020.

The analysis carried out three significant points that downgraded public trust in Jokowi’s second term administration which lies in the failure of Covid-19 pandemic handling, criminalisation of criticism from citizens and freedom of speech, as well as the corruption case since Jokowi was re-elected as incumbent president in 2019.

The decline in trust from the public is also based from the lack of empathy in hearing the public opinion on the urgent issues that led to many protests against the government and the house’s decision to pass the controversial Omnibus Law  as well as the  corruption cases at ministerial level.

Some political experts and activists evaluate that the current sitting government is more opportunistic since it consists of political elites while  the public cannot find any real opposition ( neither figure or party) of the administration as his prior rivals  are now on board as “Foe becomes Friend” with Prabowo Subianto, Sandiaga Uno, and Wiranto  all landing  positions in Kabinet Indonesia Maju, said political researcher at ISEAS-Yusof Ishak Institute, Made Supriatma.