Jakarta’s prestigious shopping mall Plaza Indonesia celebrated its 27th anniversary with the theme “Roaring 27” to strengthen its image as a one-stop-destination through a variety of innovations and quality improvement in order to remain relevant to the trends and needs of our dynamic lifestyle. 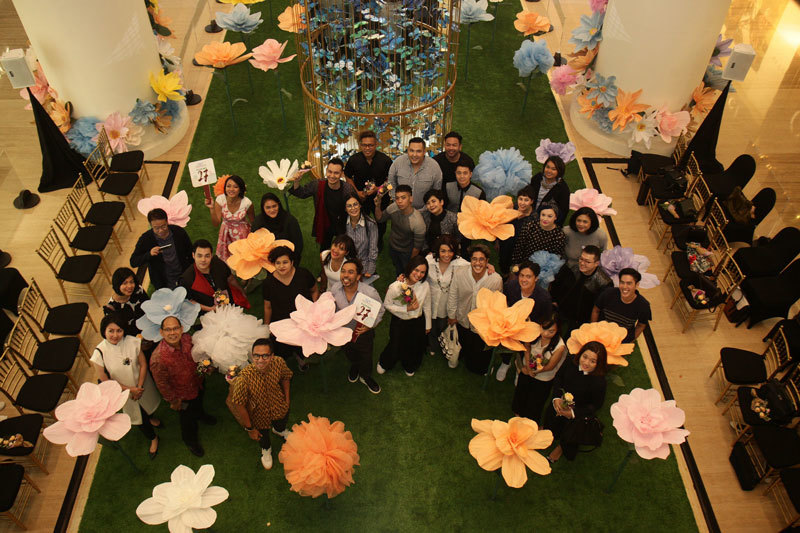 Unlike previously, the celebration this time was held on 11 March with a series of events like music performances, arts installations and the annual Plaza Indonesia Fashion Week.

Plaza Indonesia decorated its main atrium and corridors with a spring garden nuance featuring hundreds of colourful paper flowers and butterflies as a symbol for the mall’s metamorphosis to be better in the future. 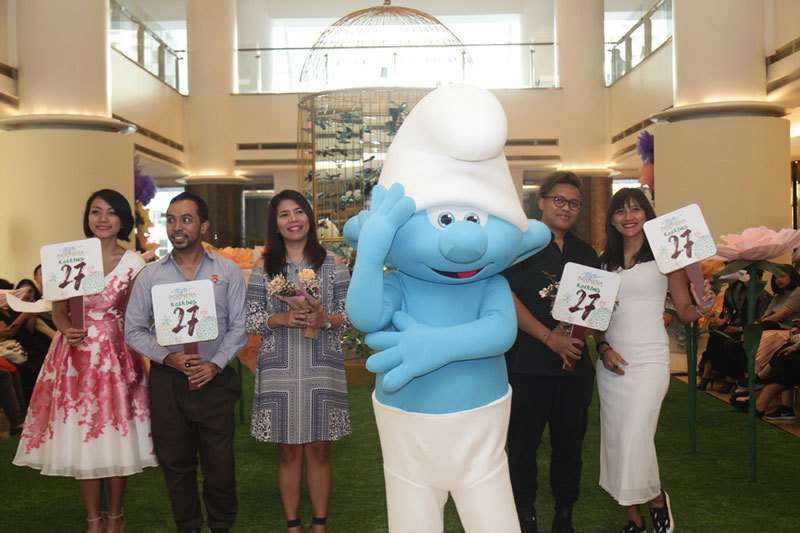 Level two of the mall, that is dominated with street wear brands for the young and hip, Plaza Indonesia presented a Block Party at 7 pm featuring Radya from Cul De Sac Collective, a hip hop community that has recently launched compilation album. On level three, which is mainly dedicated to kids, Plaza Indonesia in cooperation with Sony Pictures presented its guest star Clumsy Smurf, on of the main figures in the Smurfs The Lost Village movie. The Clumsy Smurf enchanted the little ones during a Meet & Greet session.

On level four, Plaza Indonesia catered to contemporary arts lovers by hosting the exhibition “Ke-nekt-tid” (Connected) in collaboration with Third Eye Space, a group of young talented artists who connect people, technology and visual arts. This exhibition also invited visitors to be connected and interact through the art installations. And on the level five, the pop band Mocca held an-hour mini concert. 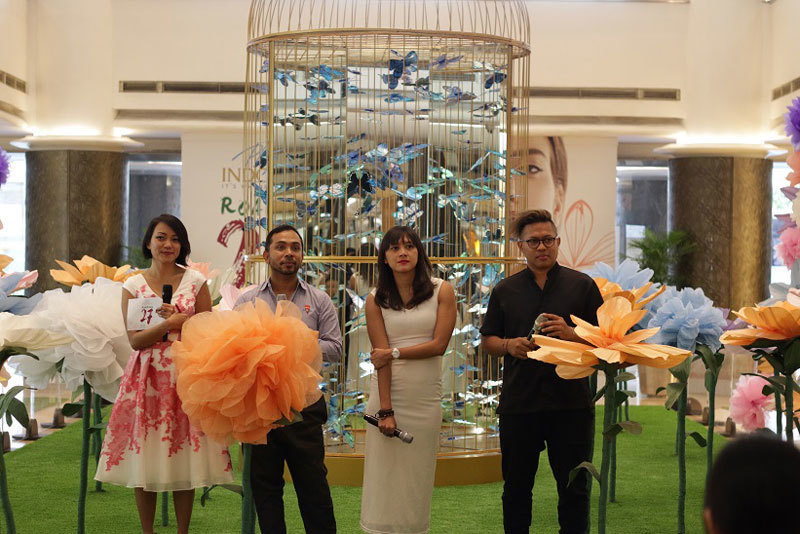 In addition to the various events that were held on each level, Plaza Indonesia also provided thousands of gifts to visitors, such as vouchers for those who made purchases between 10 and 12 March, a lucky dip corner and triple points for Privilege Card members who went shopping on 11 March. The lucky draw on 11 March included incredible prizes: a Maseratti Quattroporte was the grand prize, but there was more - tickets, accommodation and tour packages for two persons to Greece, Spain, Iceland, Maldives, Europe and Nihiwatu, Sumba.

As part of the celebrations, the 10th Plaza Indonesia Fashion Week Spring/Summer will be held from 20 to 25 Marchas the part of events series. The highly anticipated event will show the latest collections from 35 local and international fashion designers, such as Sebastian Red, Kate Spade, Karen Millen, Barli Asmara, Didiet Maulana, Yosep Sinudarsono, Rama Dauhan and Mel Ahyar and also include eight finalists of Asia NewGen Fashion Award 2017.